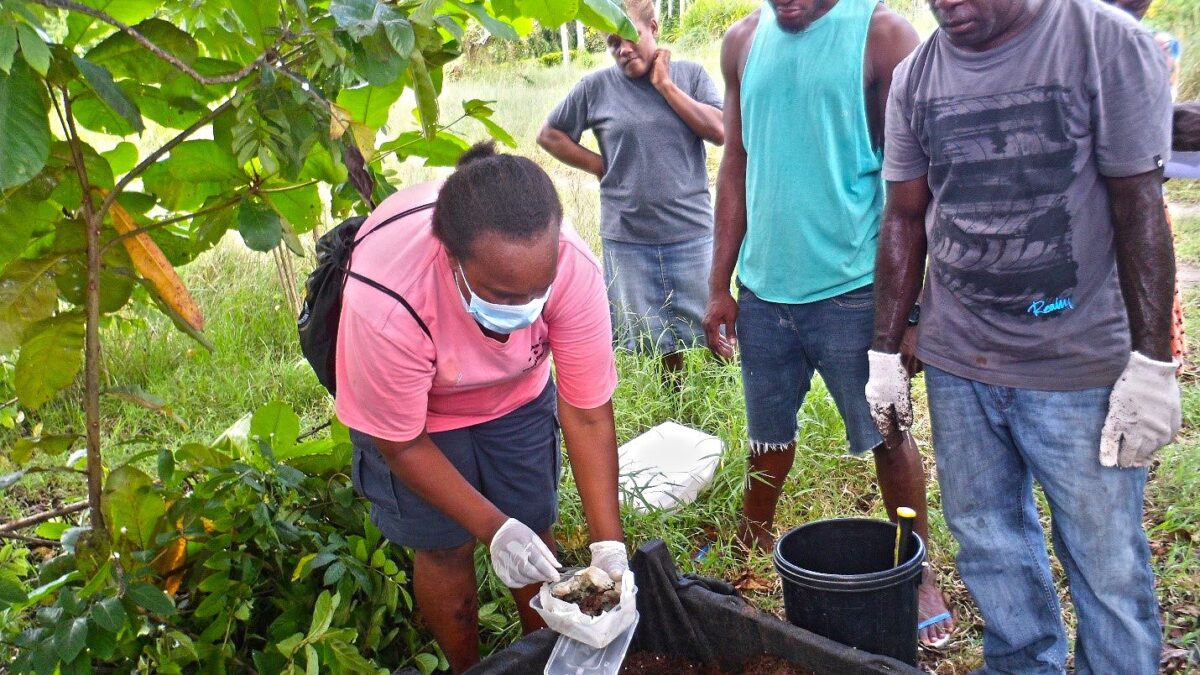 The Ministry of Agriculture and Livestock (MAL) through its Research Department has successfully delivered a one-day awareness on the management control of Coconut Rhinoceros Beetle (CRB) for St. Martins Rural Training Centre (RTC) Agriculture students at Tenaru in Guadalcanal Province.

Held on 20th April, the awareness was conducted upon request by the centre’s Principal Valeriano Kwany with the aim for the Agriculture students to learn about the long term management control option of the pest (CRB) using fungal pathogen, a biological agent to control the pest population.

“MAL Research plays an important role in the long term management options for pests and diseases through its plant protection team. Support in terms of finance, more qualified officers and other resources is critical for the implementation of long management control strategies,” Mrs. Tsatsia said.

Mrs. Tsatsia said long term management options include the combination of more than one control method called Integrated Pest Management (IPM) and she said IPM strategies to manage the population of CRB are Sanitation, Chemical and Biological Control. “All the methods require the support of farmers and other relevant stakeholders.”

The Director explained that biological control of CRB can be done using virus called Oryctes Nudivirus and a fungus species, Mertarhizium anisopliae. “It is commonly known as green muscardine fungus (GMF).The biological agents have to be imported from overseas.

“Commercial GMF is very expensive and MAL Research has gone into producing its own supply of the fungal spores locally,” she said.

The ministry (MAL) has carried out active campaigns to eradicate and contain it within outbreak area but was not able to do so. To date it is now confirmed that the CRB has spread to some parts of the provinces except for Choiseul province and the worst infected provinces are Malaita, Guadalcanal, Makira (mostly Ulawa), Central Province especially Russell Islands and Ngella and Rennell and Bellona and Malaita Outer Islands (MOI).