The Ministry of Agriculture and Livestock (MAL) on July 3rd officially bade farewell to five (5) of its longest serving officers who were retired and discharged honorably from active service, this year 2020.

The retirees include two provincial staff and three officers who stationed in Honiara serving in various divisions within MAL. They are;

The initiative to formally sendoff officers was the first of its kind as devised under the leadership of the new Permanent Secretary and her administration and the new Human Resources Manager.

In a small but moving ceremony held at the MAL headquarter compound in Honiara, Permanent Secretary for the Ministry (MAL) Ethel Tebengi Frances acknowledged the service and commitment the retiree’s rendered to the Government through the Ministry (MAL) in helping every farmers throughout the nation.

“We are gathered here today not to farewell but to celebrate and thank you for the good service you have contributed to your country.

“The service you have offered deserves a lot of acknowledgment, thus, we must recognized that.

Meanwhile, Mrs. Frances reminded them that they are just leaving active service but the nation still needs them in many aspects of agriculture development.

“Retiring with self-respect is a pride that others, who were not patient enough, did not accomplish. Your being here today makes you champions for your resilience and great commitment to the Ministry of Agriculture and Livestock (MAL) values.

PS Frances in her remarks expressed that as citizen of our beloved country, we have a duty to build a strong healthy nation and you have done your part exceptionally well in staying patiently to your call as agriculture officers to the very end as required of public servants. “I want to thank you on behalf of the government and all our farmers throughout the country for your service to the nation and our farmers.”

She recognized the retirees for their service and for serving in the agriculture sector.

The Permanent Secretary also took the opportunity and thanked the service of MAL officers who were retired in the past years.

Undersecretary Technical (Acting), Michael Ho’ota while sharing the same sentiments said there is nothing to quantify with the tremendous work you have done.

“Your commitment and service to the government and people of this country is countless.

“I understands that you have gone through a lot of challenges and changes during the course of your duties but you have proved to be heroes and ended the race well.

“Your work and contributions to the government especially the Ministry (MAL) will be treasured for many years to come,” Mr. Ho’ota said.

Speaking on behalf of the retirees, soft spoken Irene Nanau who could not hold back her tears expressed gratitude to the government through MAL for having them over the past years.

“No one will miss this exit door. Everyone must go through,” she commented.

Ms. Irene thanked the past MAL management and the current administration under the leadership of Permanent Secretary Mrs. Frances and the new HRM for all the support and advices that certain them to successfully accomplish their responsibilities.

She then encourage the new and ongoing staff to work with integrity while serving the government and the nation.

The ceremony also involved presentation of gifts of farming tools as token of appreciation and certificates of acknowledgment.

Staff from the provinces were unable to make it to the occasion, however, their gifts and certificates will be delivered to them in due course.

The event was witnessed by MAL PS, senior MAL post holders and staff.

Three of the five retired staff cutting the cake as part of MAL’s appreciation to their service. 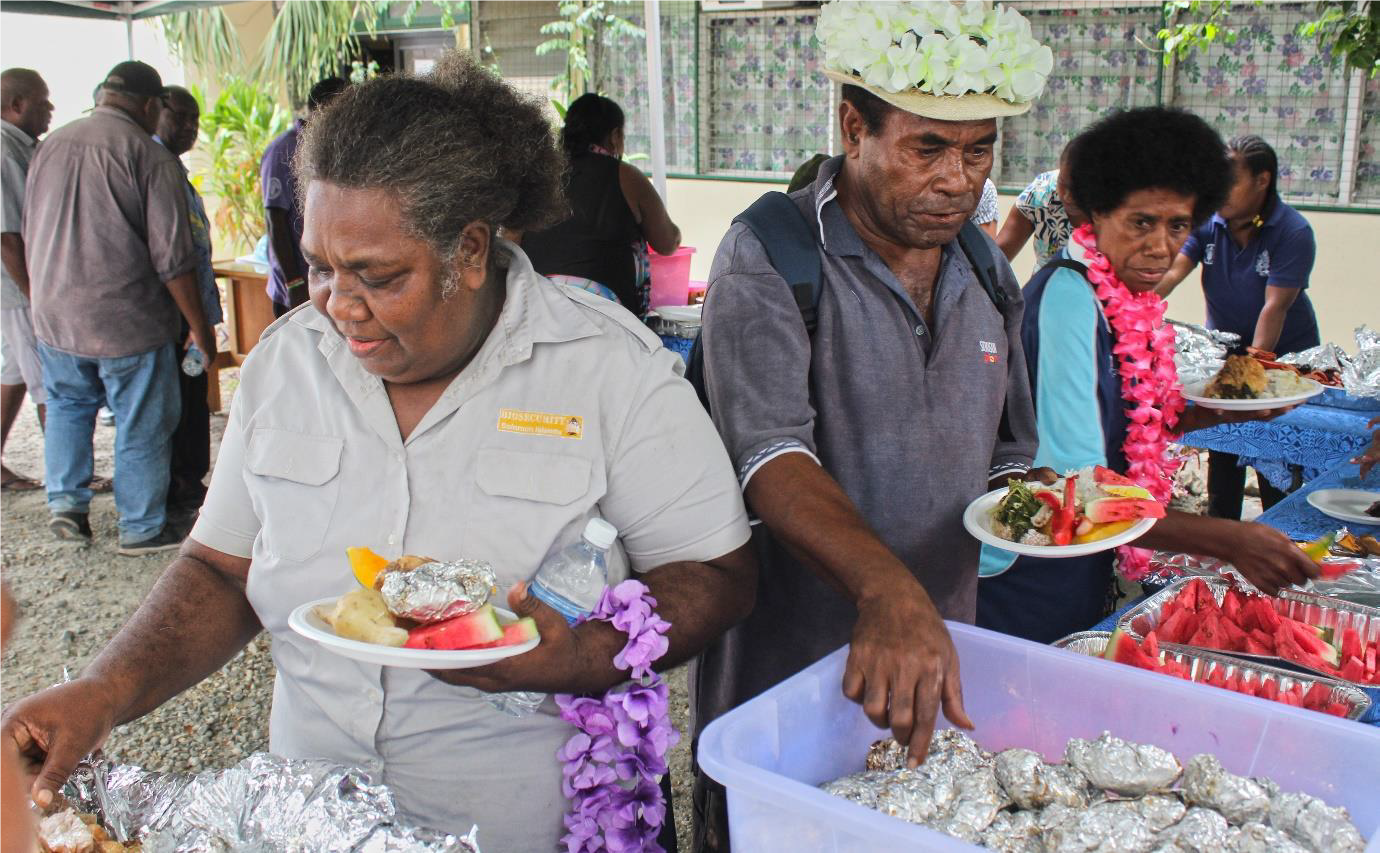 The retired staff serving themselves food during refreshment. 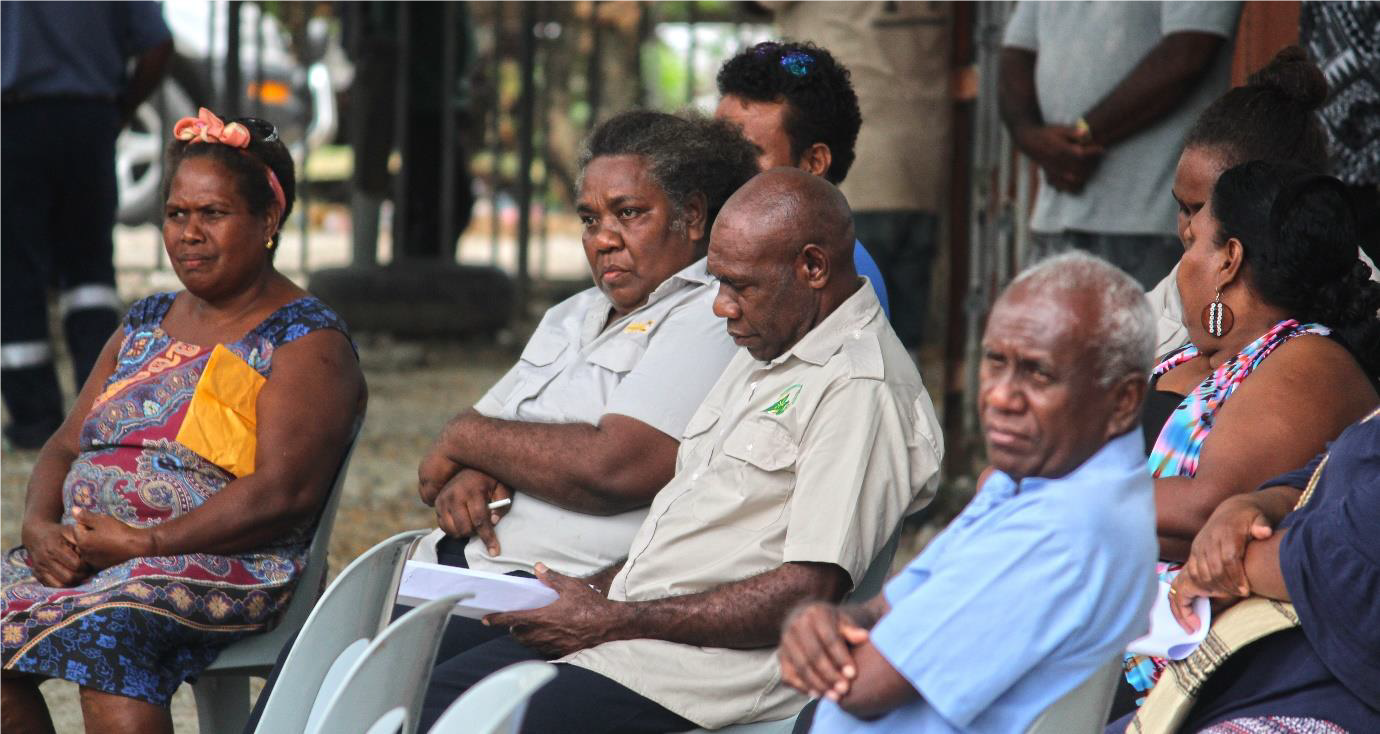 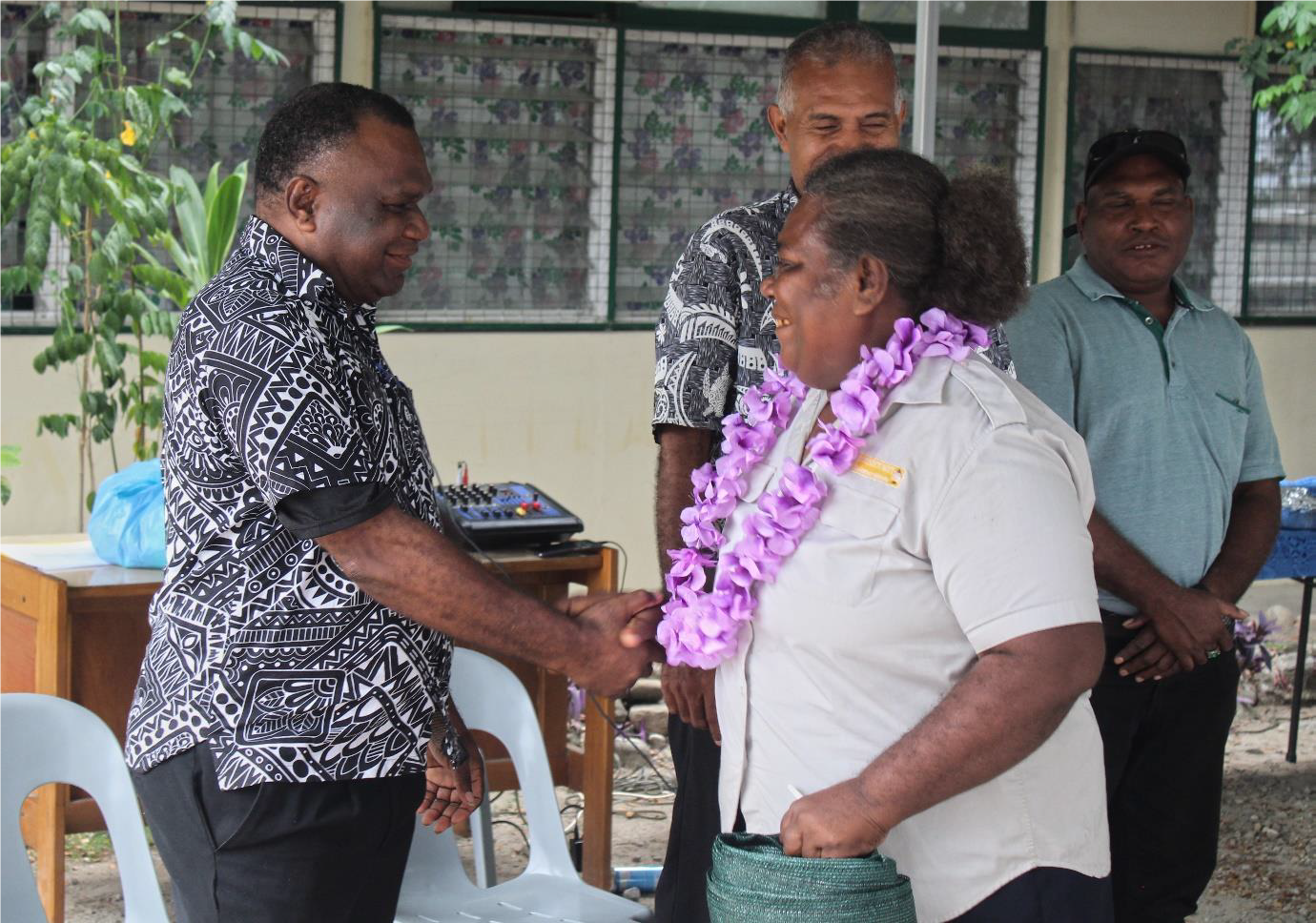 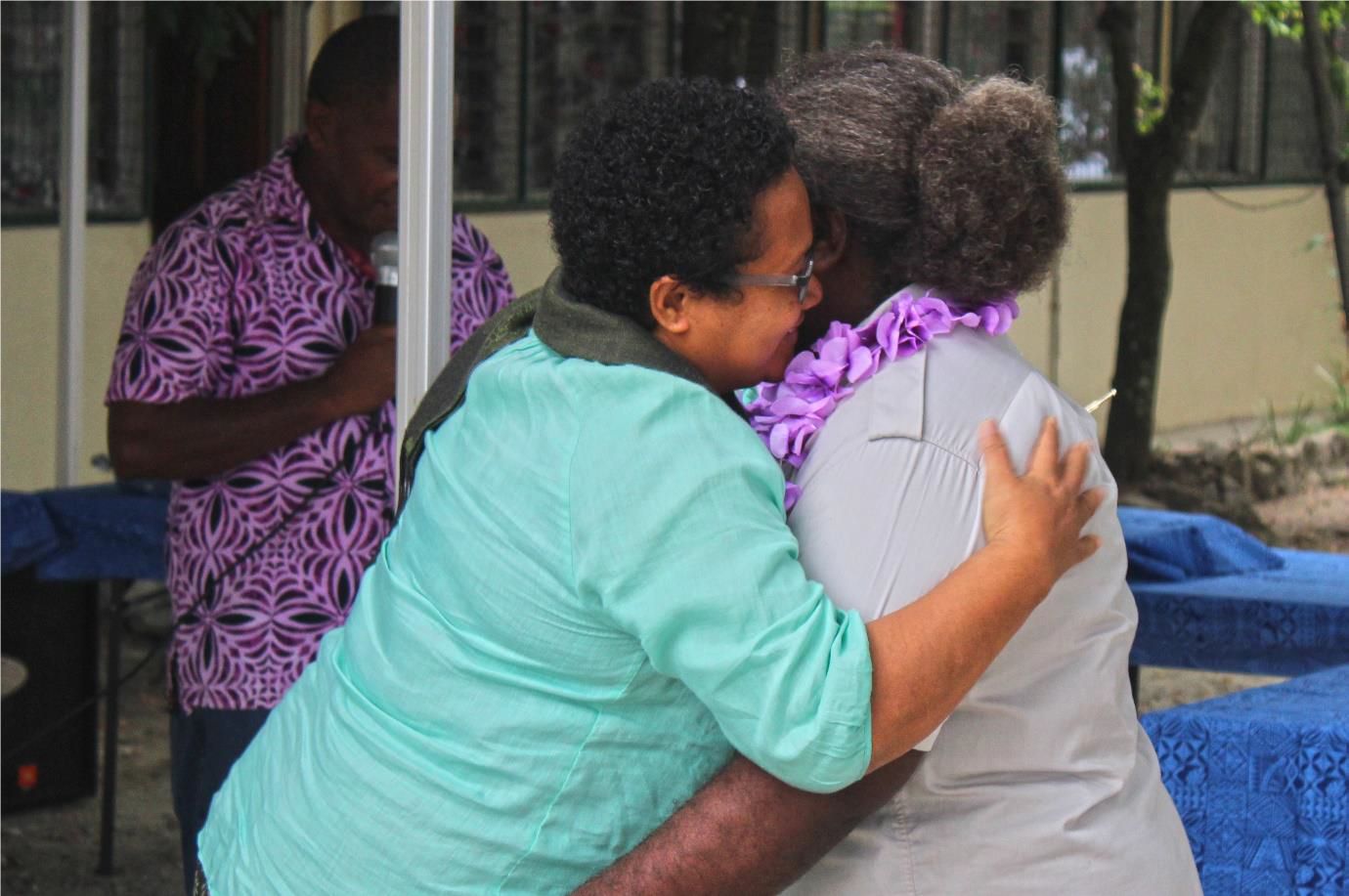 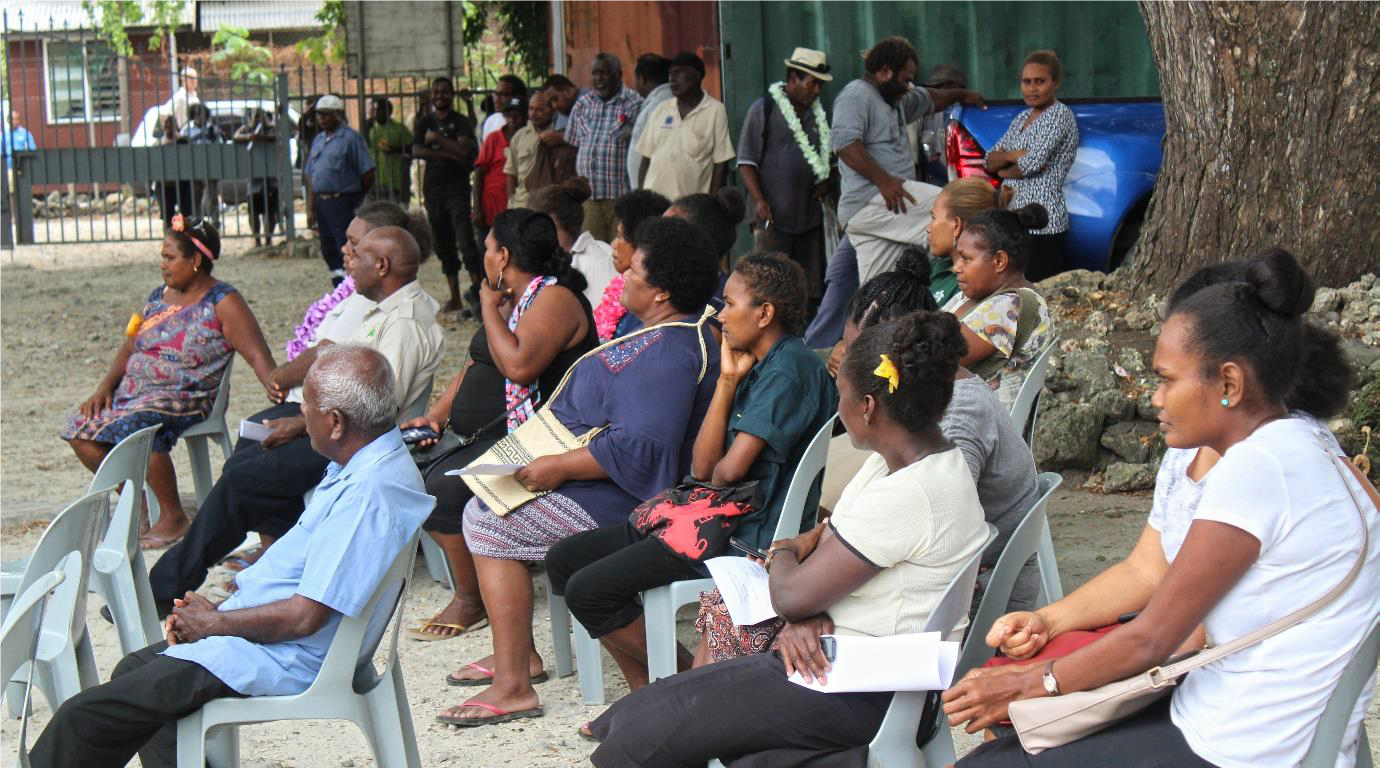 MAL staff who witnessed the event. 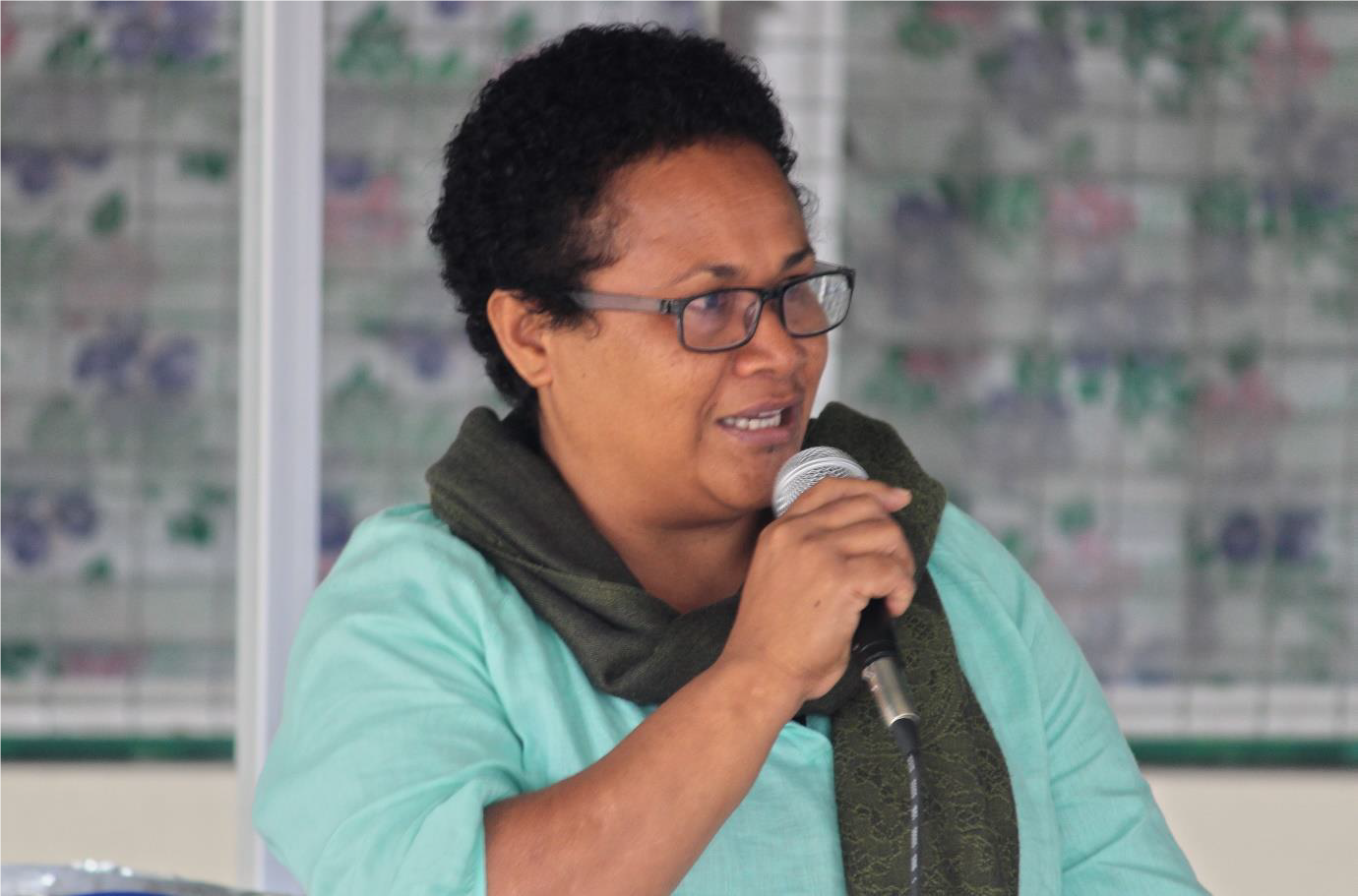 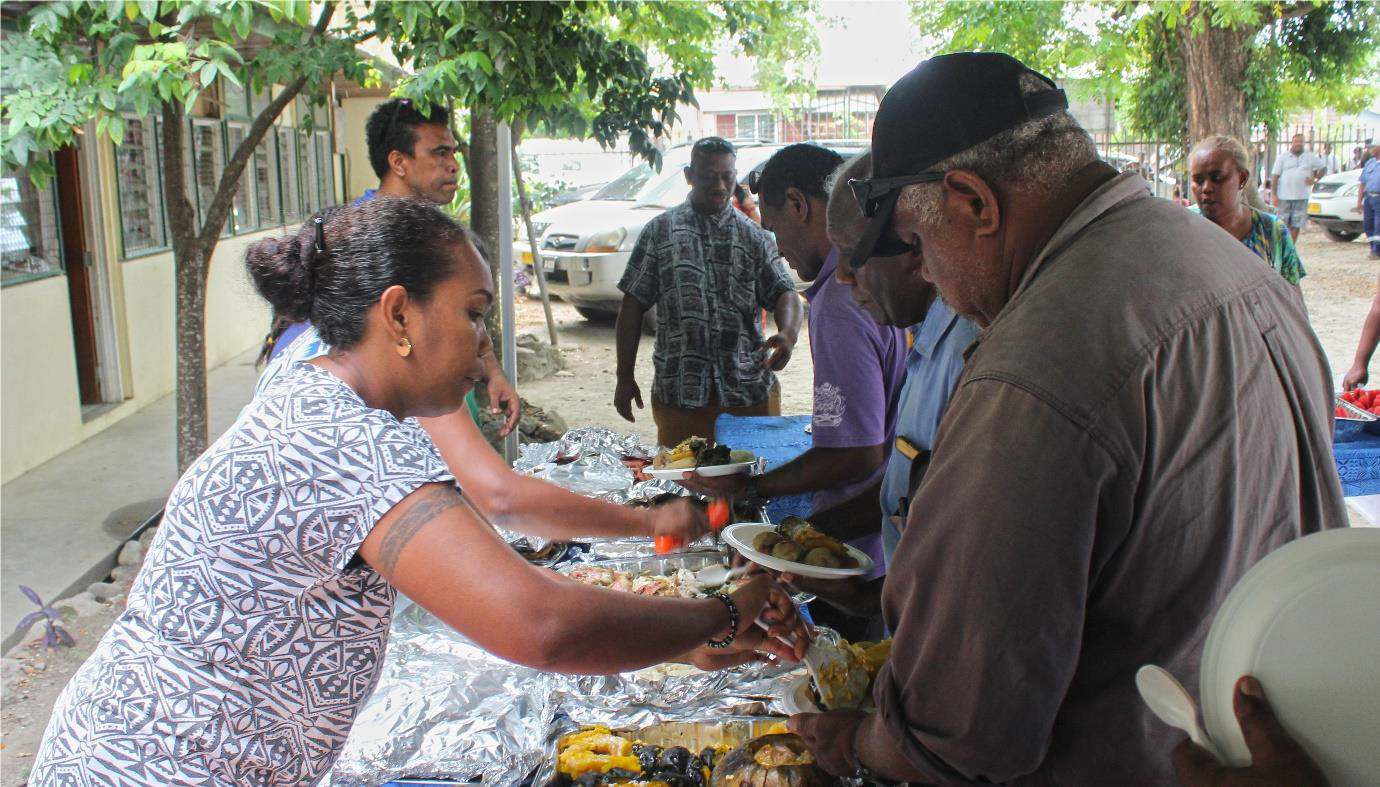 Guest and staff during food refreshment. 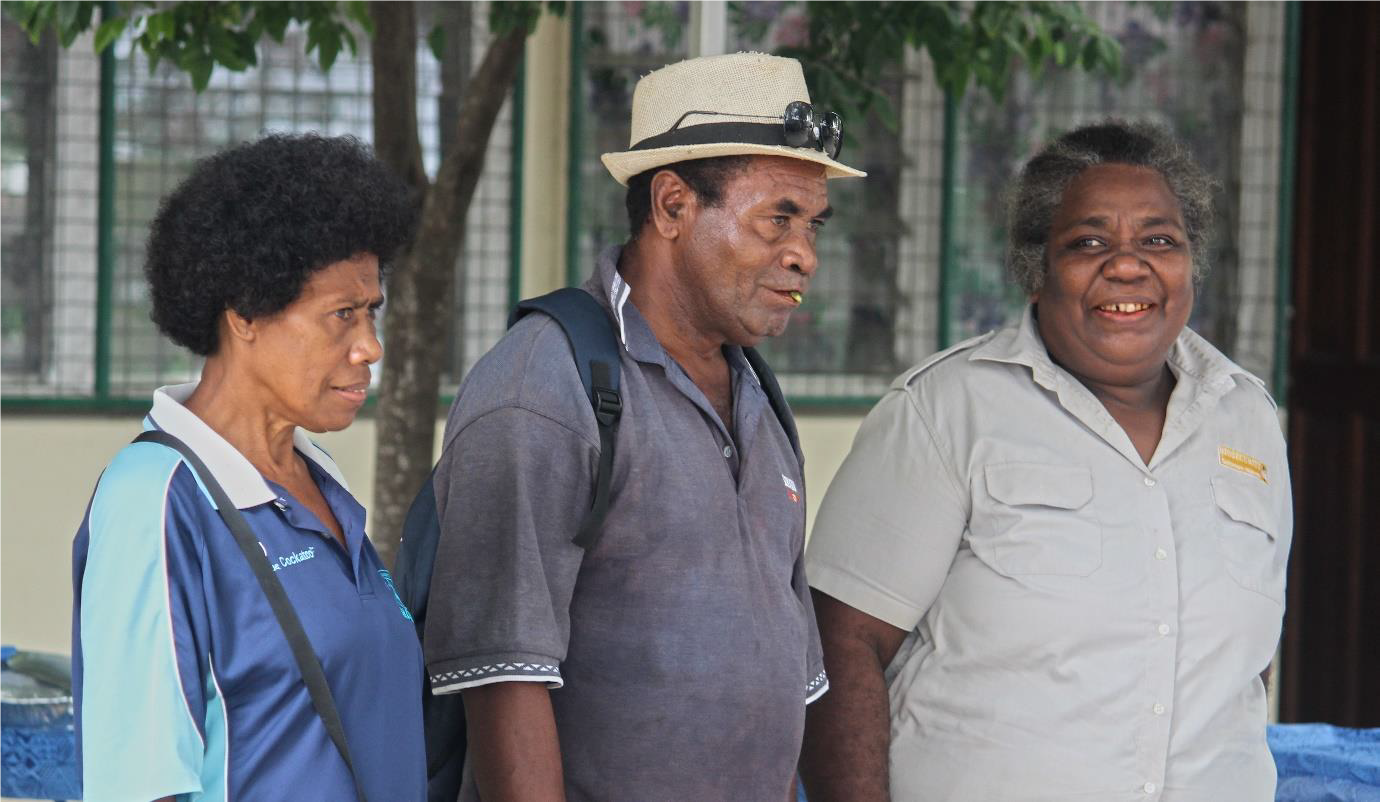 Three of the five retirees who turned up for the formality. 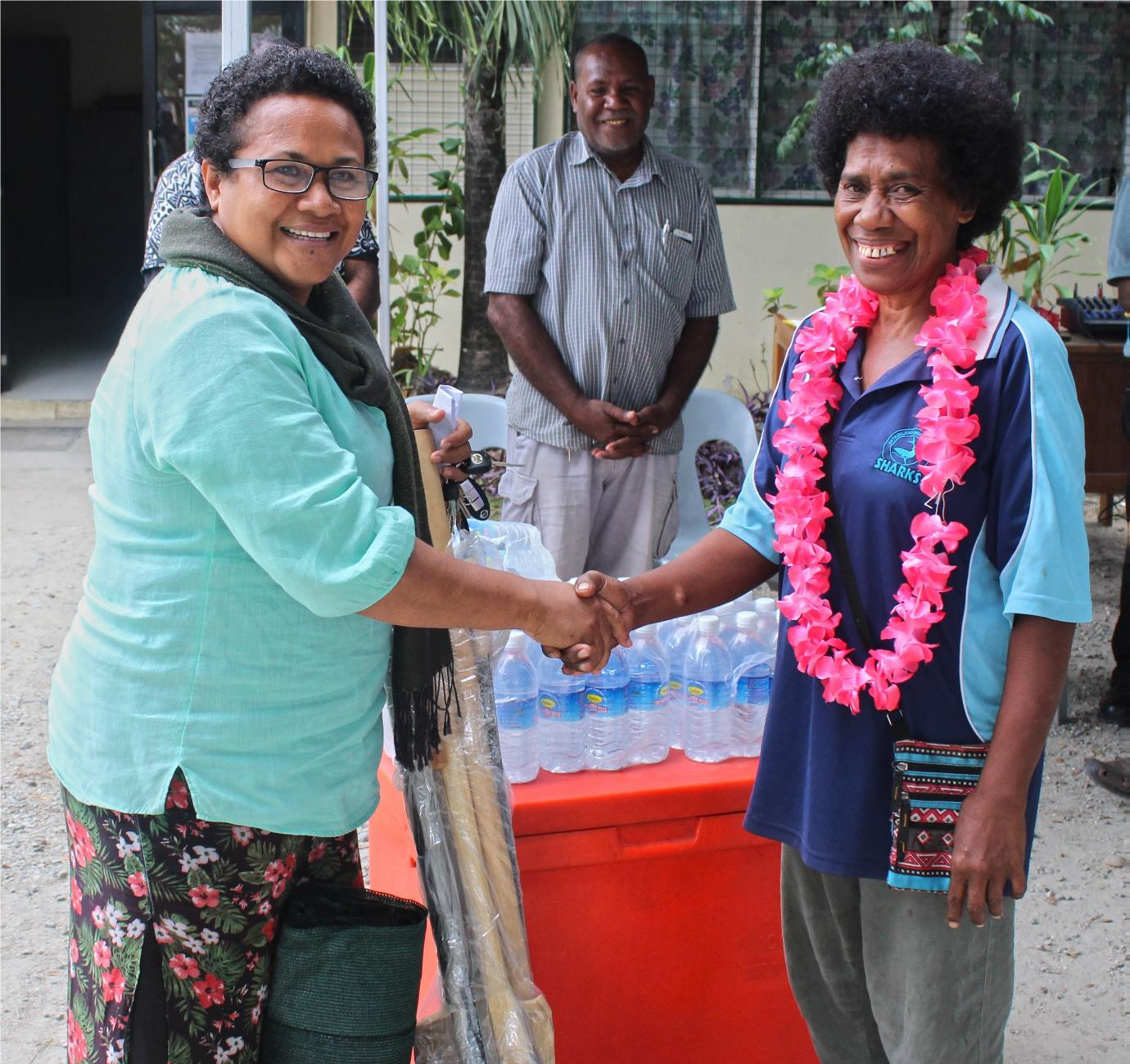