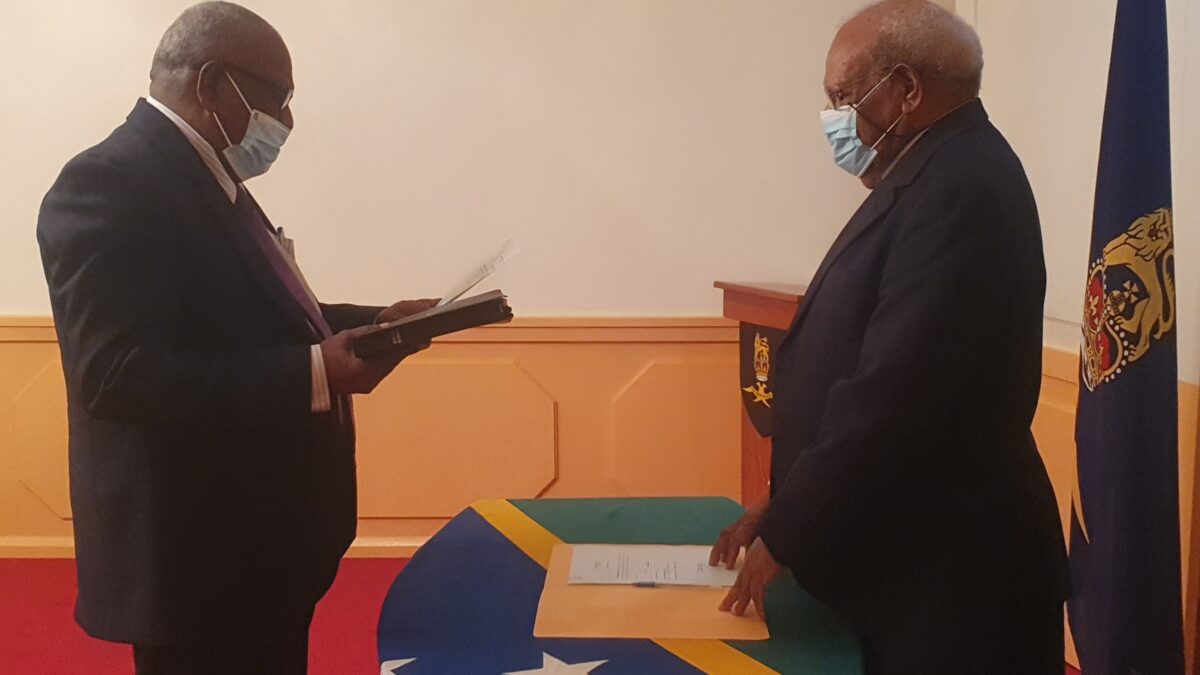 The Government has re-appointed Stephen Maesiola as Permanent Secretary to the Ministry of Infrastructure Development (MID) following the end of his previous contract recently.

Maesiola took his Oath of Allegiance and Oath of Office before the Acting Governor General, Patterson Oti at Government House today (June 27) to formalize his appointment.

The power to make appointments to the Office of Permanent Secretary under Section 128 (1) of the Constitution is vested in the Public Service Commission acting with the concurrence of the Prime Minister.

Maesiola served in the Public Service for a considerable period of time, particularly, in the Ministry of Police, National Security and Correctional Services prior to his previous appointment to the Ministry of Infrastructure Development.

He pledged his allegiance and commitment to serve to the best of his ability.

“I would like to convey my appreciation to the Government, especially, the Prime Minister and Public Service Commission for the trust and confidence they have in me to lead the MID and I will continue to serve to the best of my ability,” Maesiola said after his swearing-in ceremony today.