Chiefs and Crime Prevention Committee listening during the launching 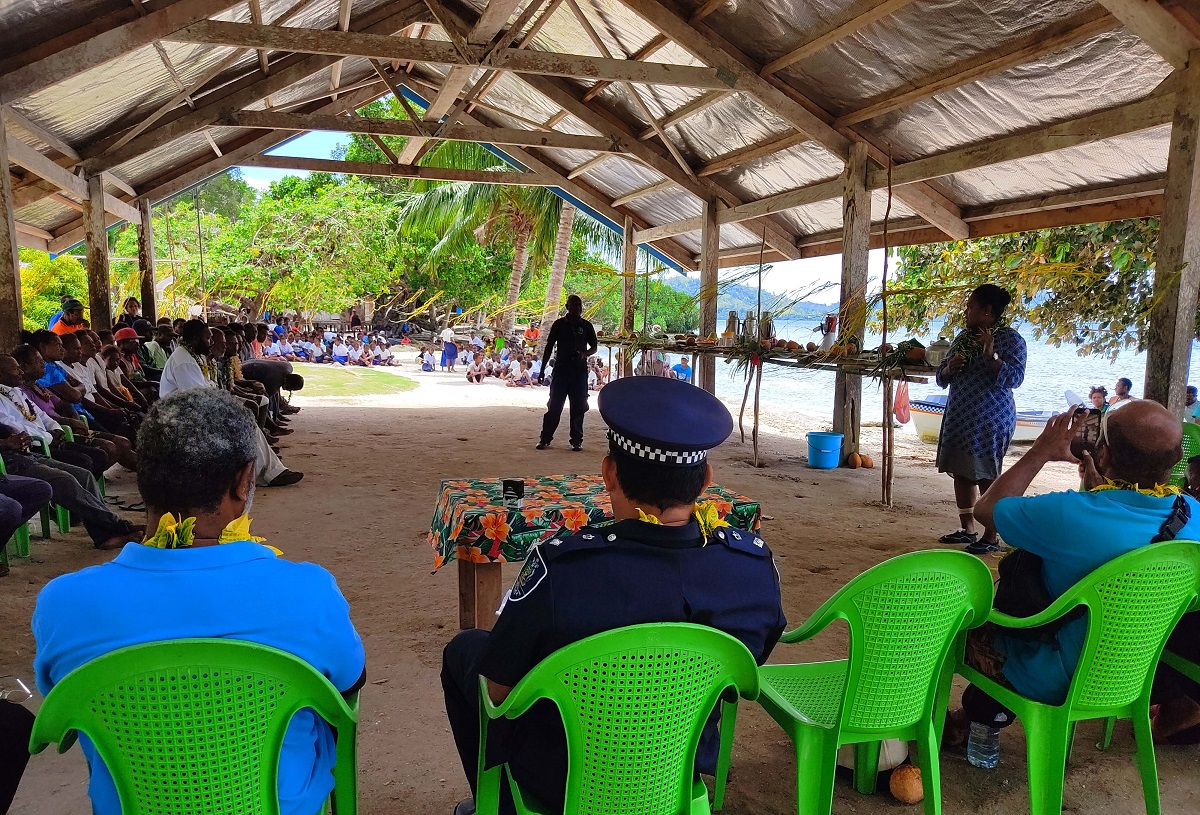 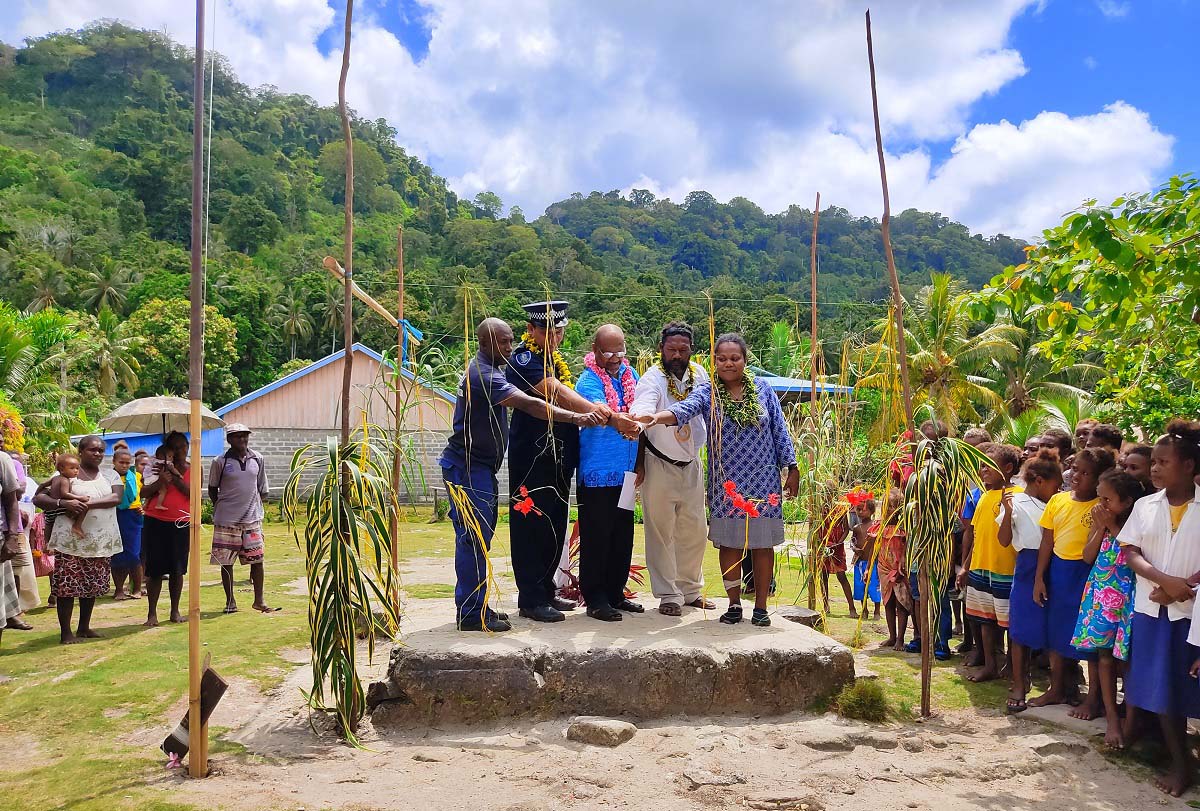 Cutting of ribbon during the launching

Provincial Police Commander (PPC) Central Province, Superintendent David Soakai says, “I am privileged indeed to be invited as PPC of Central Province for the launching of your community by-laws.”

PPC Soakai says, “This launching of by-laws is a kind of initiative that gives back the responsibility of policing to the community to have the ownership to rule and manage its affairs in terms of security and peace, resources, people, family and future of our generations.”

“I appeal to the good people of Leitongo community to respect your by-laws and work together with the Crime prevention committee to ensure our community is peaceful and crime free for the betterment of our children,” says PPC David Soakai.

Superintendent Soakai says, “I would like acknowledged the Department of Foreign Affairs and Trade (DFAT) through the Ministry of Provincial Government and Institutional Strengthening for its support through Community Governance and Grievance Management Project. This help with the roll-out of the by-law launching and also I would like to thank other stakeholders for the great support to the successful launching of the community by-laws.”

Permanent Secretary (PS) of Ministry of Provincial Government and Institutional Strengthening, Mr. Stanley Pirione during the launching says, “By enforcing these sets of regulations and common beliefs, we may have a sense of authority and control in the manner we govern our affairs.”

PS  Pirione says, “The by-laws are about rules and regulations, control, and management of the community and even church affairs so that we can live and participate in socio- economic development in a manner that is peaceful and more beneficial to all members of the community.”