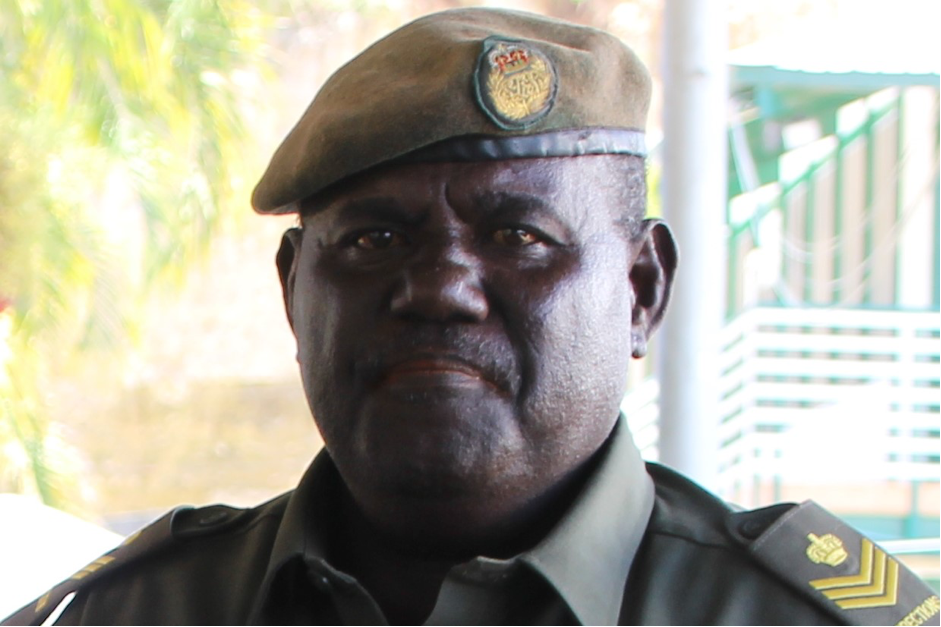 The Correctional officer’s funeral service was held at Bahai Centre in Honiara on Friday 2nd September 2022.

Late Lilo, 53, was called to rest on Tuesday 30th, August 2022 around 9:30 pm at the National Referral Hospital after a long illness.

Admirably, late Lilo worked tirelessly from Solomon Islands Prison Service (SIPS) to present Correctional Service Solomon Islands (CSSI) till his passing away. He started his career as a prison officer on 1st December 1986. Since then, he served CSSI, the Government and the people of Solomon Islands for almost 36 years.

In 1988, he became a prison service officer. He later was promoted to the rank of Staff Sergeant in 2008. He attended refresher courses by PSTC in 1990, and remodified PSTC in 1993. In addition to that, he was part of the Mmutual Assistance training team Solomon Islands and the Junior Leader Courses in 1996, 5th Special Force Battalion, 19th Special Force Group (Airborne), NCO Qualify Course, Advance Discipline Course, Work Place Base assessment Certificate 3, Onsite Risk Management Course, in 2007- Basic Computer Course, Certificate 3 in Correctional Practices and in 2011- Disaster Victim Identification (DVI) workshop.

Superintendent Bernard Ramota said SSgt Lilo, who served as an officer shifted in charge of the Gate-Lodge, was delighted in his achievements and deeply felt that his heart and soul was at CSSI and also with the ERG department.

Chief of Staff Superintendent Ramota said no words could be comforting enough to take away the pain felt by those closer to him.

Late SSgt Poe Hilia Lilo was laid to rest at his home village in Kolombangara in Western province.