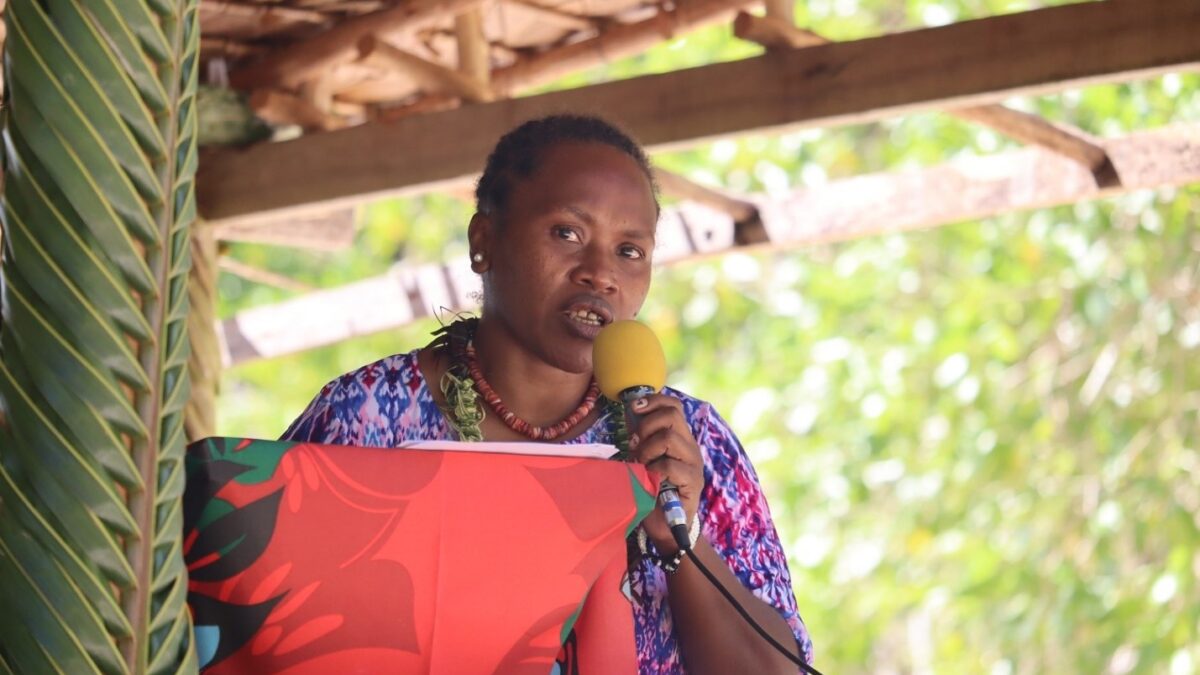 Mrs Tegavota expressed her gratitude at last week’s historic certification of the Patubasioto Customary Land at Petunia village in the Vona Vona Lagoon.

The Customary Land Recording programme is one of the major policy programmes of the National Government supported by the UNDP’s Inclusive Governance for Natural Resources Project (IGNRP) in Solomon Islands.

The certification, which also recorded the tribe’s genealogy is now legally recognised under the Customary Land Recording Act and will be registered in the Customary Lands Record repository at the Ministry of Lands, Housing and Survey.

“The formal handing over of the certificate to the Patubasioto Land Holding group is now recognised and protected by law as a landholding group with its own rights, interest and ownership,” Mrs Tegavota said.

“I would like to thank the Honourable Premier and his Executive for the support rendered towards the land recording program implemented in the Western Province, especially towards the Patubasioto Customary landholding Group. I would also like to thank the Agosimaema House of Chiefs for advice, information, and knowledge tendered throughout in ensuring that we arrive at this day,” Mrs Tegavota added.

Mrs Tegavota said the Patubasioto land holding group would take the land recording program of the government to new and dimensions that will bring solutions to the issues that the current generation is now identifying.

The Minister of Lands, Housing and Survey, Hon. Ishmael Avui was the Chief Guest at the certificate handover ceremony on Thursday 15 July at Petunia village in the Vona Vona Lagoon, Western Province.