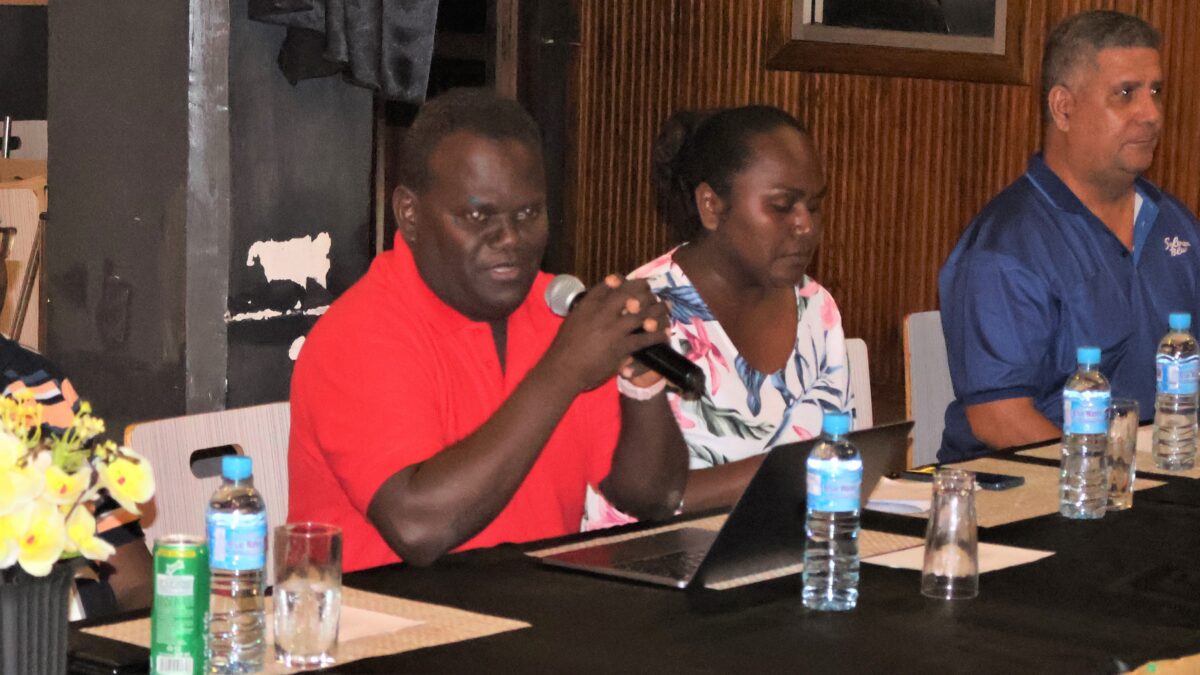 The National Government is currently in a process to transfer through its investment arm-the Investment Corporation of Solomon Islands (ICSI) 20 percent of its share in the Kolombangara Forest Product Limited (KFPL) to the Kolombangara Landowners Trust Foundation (KLTF).

This was announced at a meeting in Honiara this week between Government and KLTF representatives during which government officials clarified its position to meet its statutory requirements and to facilitate the transfer of shares to KLTF on behalf of its people.

The arrangement is a component of the Government’s policy on land alienation that encourages land and resource owners to participate in economic development activities.

This process was driven by the former Kolombangara Development Advisory Sub-Cabinet Committee (KDAC) to facilitate timely implementation of all government outstanding commitments for the people of Kolombangara that were made since 1992.

Chairperson of KDAC and Resource Sector Policy Secretary in the Office of the Prime Minister and Cabinet, Mr Jimson Tanangada reaffirms the government commitment to ensure that people of Kolombangara Island through (KLTF) finally become equal partners in KFPL investment.

Mr Tanangada encouraged KLTF members, their business entities and their leaders to take personal responsibility in ensuring that all necessary requirements is completed to enable the formalization of a new charter of partnership arrangement in KFPL.

Chairperson of KLTF executive Mr Samson Maena acknowledged the government for its commitment to fulfil the dream of people of Kolombangara.

Mr Maena expressed his gratitude on behalf of men, women and children towards the government commitment.

In 2018, Prime Minister Sogavare announced the 20 percent share transfer to KLTF in response to the call to return alienated lands in Kolombangara to its original landowners.

Due to population pressures, the original landowners of the alienated lands on Kolombangara Island had also asked government to return their lands.

Consequently, the Commissioner of Lands (COL) signed a deed of trust with the Kolombangara Landowners Trust Foundation (KLTF) in March 1992 for the transfer of the perpetual title of alienated lands under KFPL interests to the original landowners.

In 1988, the Alebua-led government signed a Joint Venture Agreement with Commonwealth Development Corporation (CDC) and established the Kolombangara Forest Plantation Ltd (KFPL) to plant trees on alienated land areas not planted by the Forestry Division under government’s previous reforestation program.

This led to the Commissioner of Lands granting the fixed term estate titles over the alienated lands to KFPL, while the government retains the PE titles.

The Democratic Coalition Government for Advancement (DCGA) had also agreed for the transfer of the PE title to KLTF in June 2018.