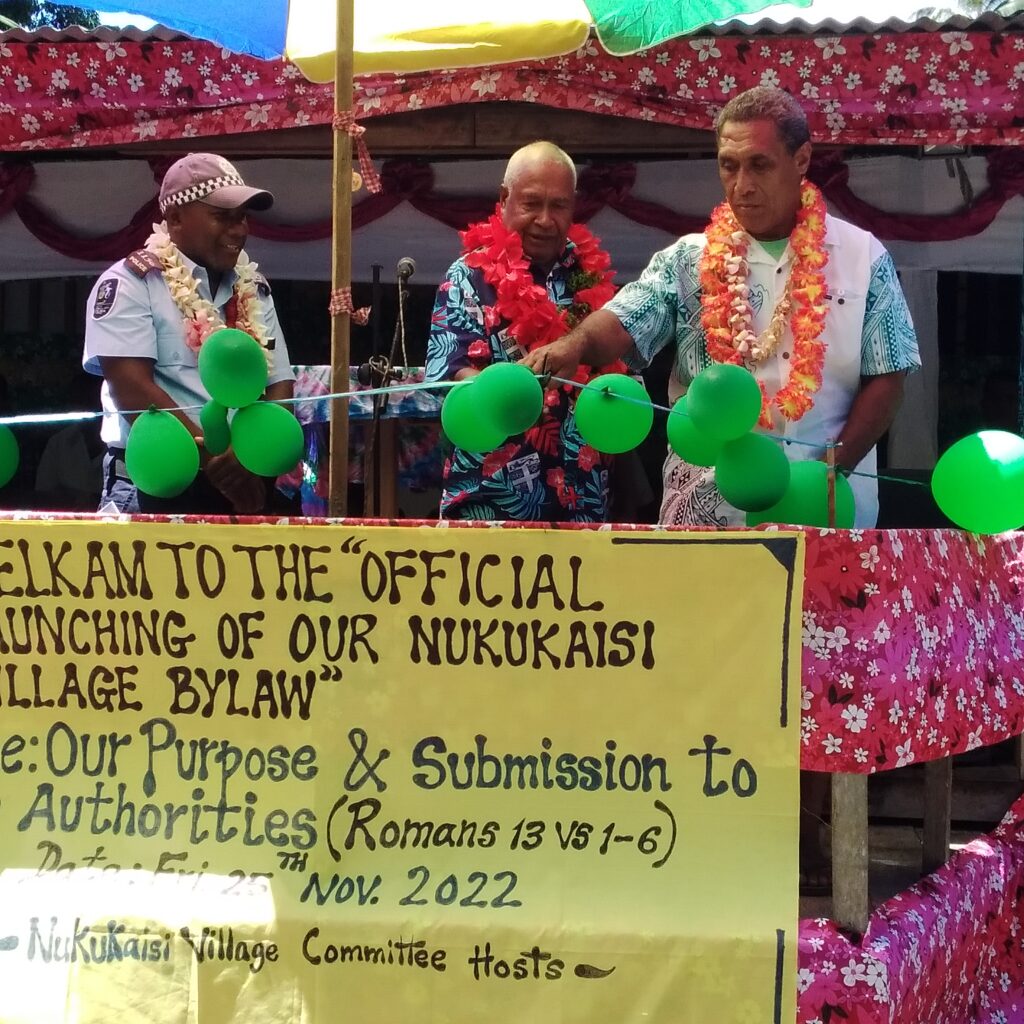 PC Audrey on the left, Honourable Premier Julian Maka’a in the center and a community leader on the right, cutting ribbon to mark the launching of By-law

The guest of honour Honourable Julian Maka’a Premier of Makira-Ulawa Province during his speech has thanked the community for taking the initiative in supporting the police and provincial government to have their own by-law.

Hon. Maka’a added, the by-law will help to mold you to become a good citizen of your own community, Makira Province and Solomon Islands as a whole. And promises that the government for Unity Reform and Advancement (GURA) will continue to support in whatever means is possible.

Team leader of the Crime Prevention Unit in Kirakira, Police Constable (PC) Audrey Suhata in his remarks said, the by-law is not a new approach to the people of Solomon Islands.

PC Suhata said before western system was introduced people already had them in place as measures to maintain law and order in our communities. The launching of the community by-law marks a milestone for the Nukukaisi community.

Constable Suhata acknowledges the headman, tribal chiefs, elders, committee members and the community at large for the great work. Police and stakeholders will continue to work together with the community to make sure peace, unity and harmony prevail in the community.

Chairman of Nukukaisi community Mr. Mark Kanalaoi appeals to all community leaders to put away differences and work together for the betterment of their communities.