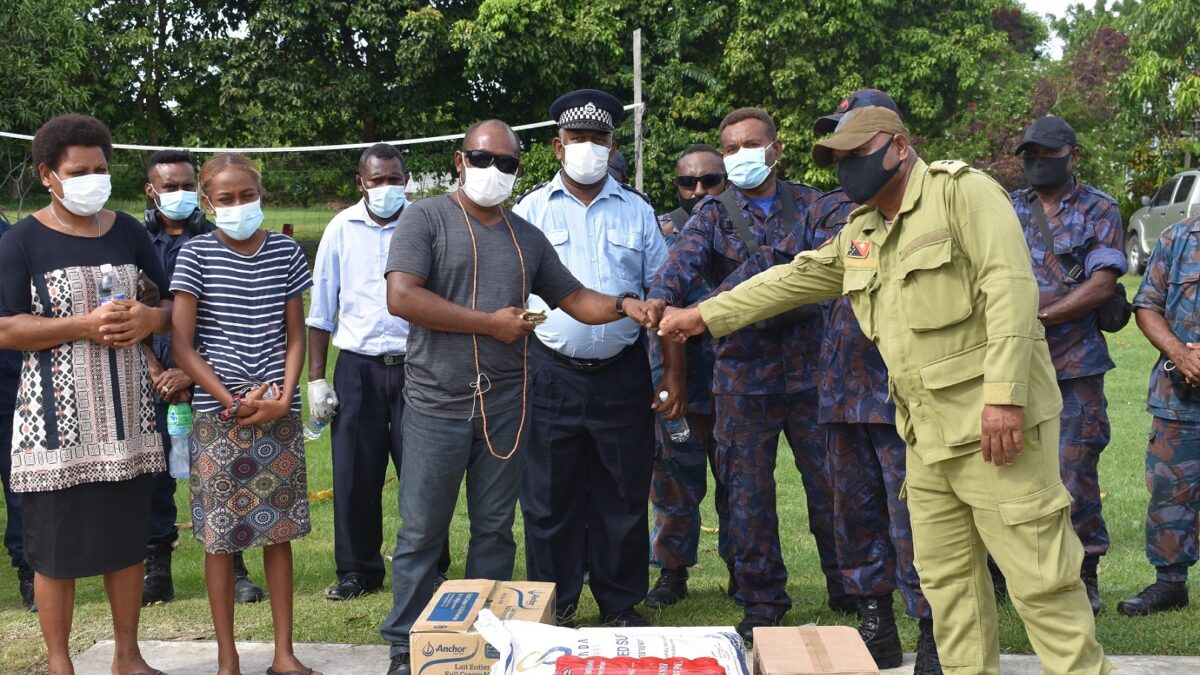 Kingdom Harvest Ministry International (KHMI) has reconciled with Royal Papua New Guinea Constabulary (RPNGC) Contingent who were involved in an arrest of their zone pastor in relation to a Facebook post recently.

The reconciliation ceremony happened at Kingdom Harvest Church at Henderson on 9 February 2022 in the presence of Royal Solomon Island Police Force (RSIPF) officers, parties involved in the matter and members of the KHMI congregation.

The reconciliation program started with a prayer, small remarks from Pastor Ellison Barko, RPNGC officer and Inspector Hugo Maelasi from the RSIPF.

RSIPF Commissioner Mr. Mostyn Mangau says, “The reconciliation has occurred to mitigate the matter so that both parties could move freely.  The RSIPF is aware of the incident that occurred at the Henderson area involving members of the Royal Papua New Guinea Police Constabulary (RPNGC).

Mr Mangau says, “The allegation has been reported and commented upon in social media. The allegation relates only to the RPNGC contingent of the Solomons’ International Assistance Force (SIAF).

Commissioner Mangau says, “RSIPF are conducting an enquiry in relation to the allegation. There is no ongoing threat to the community. No further comments can be made at this time, as the enquiries remain ongoing. And no further arrests are anticipated at this time.”