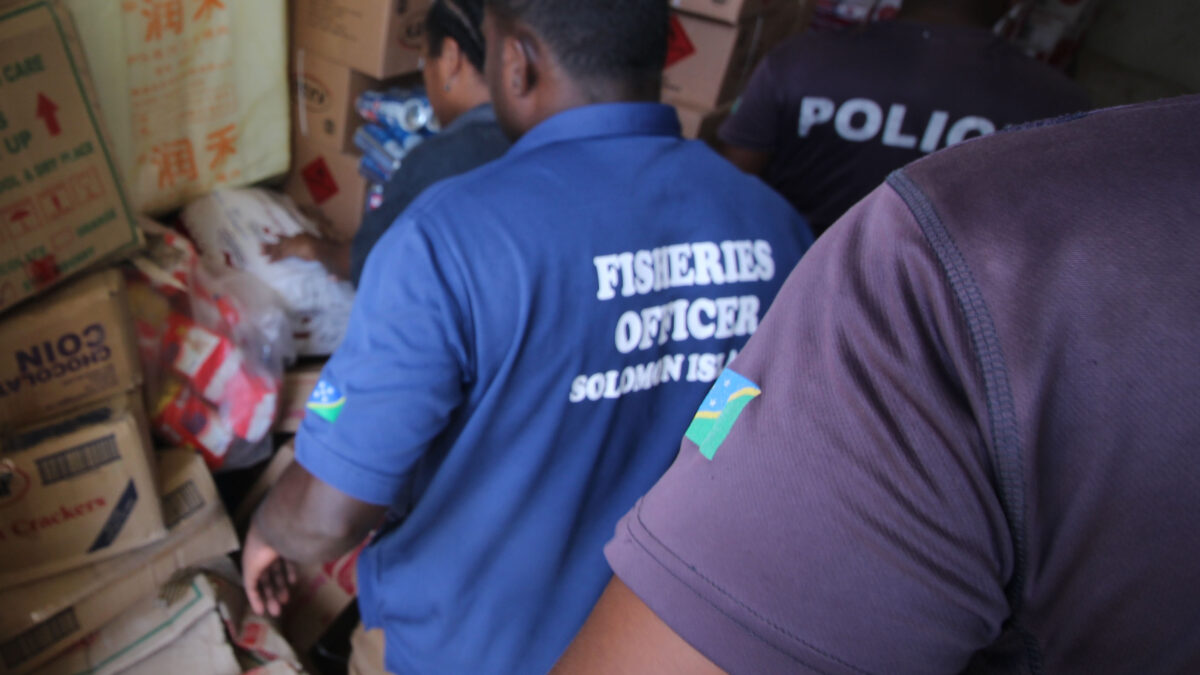 A joint operation early this week at a property in Honiara have failed to locate a suspected huge consignment of illegally harvested beche-de-mer products.

Fisheries was alerted by an informant of this illegal activity and Police were called in to provide support as they conducted a search of the property.

Attempts to locate the Asian alleged to be buying beche-de-mer was futile forcing the authorities to forcefully gained entry into the property.

A thorough check in the storage facility too has failed to locate the consignment of beche-de-mer believed to have been stored there.

However, the team from Fisheries later made another important discovery when they searched another property operated by the same Asian.

Their findings revealed that besides beche-de-mer, the Asian is also buying a banned marine resource – the green snail scientifically named Turbo marmoratus.

Director of Fisheries, Mr Edward Honiwala appeals to the general public who may have any information about illegal activities to report it to the fisheries authorities and to help protect our resources for future generations. He said the search conducted by his officers in collaboration with police followed a tip off from the public and encouraged people to come forward if they have information.

The Director reiterated, that similar to Bech-de-mer, green snails are ban because of overharvesting, which drives down the stock and local extinction in some reef areas around the country.

The regulation prohibiting fishing for green snail shells for commercial purposes was first introduced in early 1990s.  After many years of sacrificing in maintaining the ban, the stock started to recover and it was very discouraging to know illegal harvesting of this marine resources is happening.

The Ministry of Fisheries is yet to lay formal charges against the Asian whose property was searched for illegally in possession of a banned marine resources.