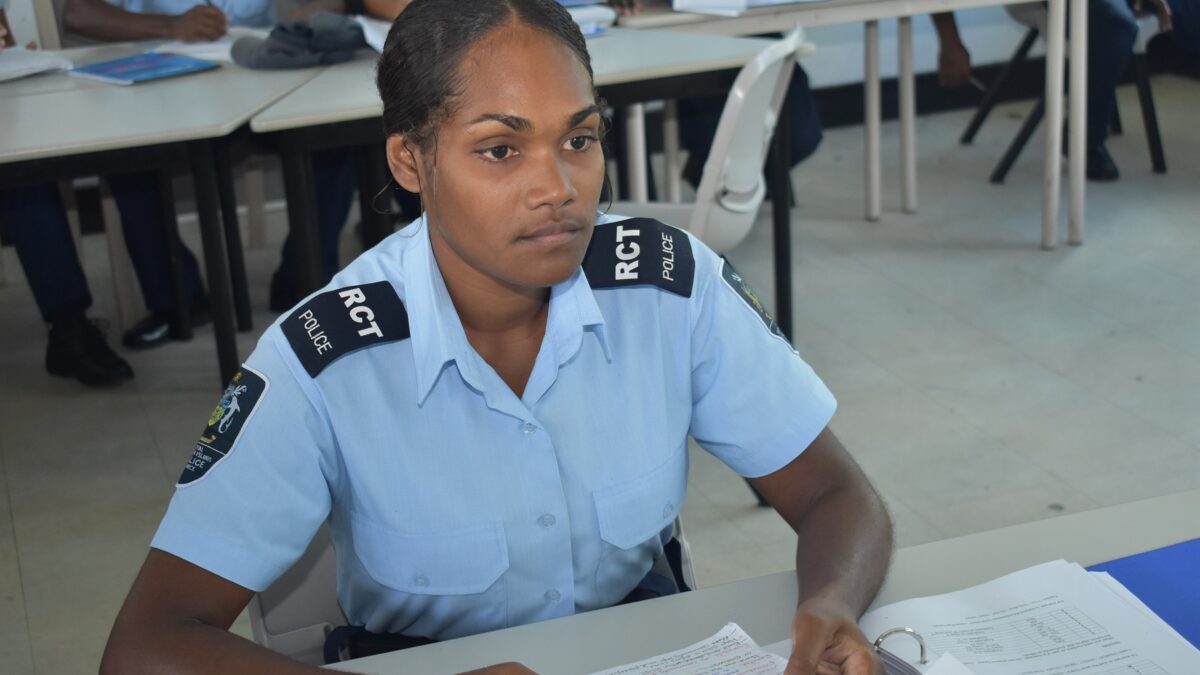 “Join the RSIPF to serve your country” RCT Raha

Twenty three-year-old Angela Taeta Raha from Mu’u village in Makira-Ulawa Province is one of only 23 female, the Royal Solomon Island Police Force (RSIPF) has recruited out of the 70 participants in the second group of recruits for 2020 currently undergoing training at the Police Academy at the Rove Police Headquarters in Honiara.

“I wanted to join the RSIPF because I want to help people in my community and the Country Solomon Islands by protecting lives and properties and upholding the laws of the Country. So when I was informed about the recruitment training, I applied and fortunately I was accepted into the second recruit group for 2020,” says Recruit (RCT) Raha.

When asked about what she thought about the current police recruitment training, Ms Raha replies, “The training is a big opportunity for me. It helped shape my attitude and behaviour. I hope that by the end of this training I will be fully equipped with the knowledge and skills as well as the duties and responsibilities of being a police officer.”

“During my time in the community, I did not understand the duties and responsibilities of a police officer but when joining the police recruit training I now know that police officers are there to protect life and property and to uphold the laws of Solomon Islands.”

RCT Raha adds:  “I want to learn more about the laws of our country so that when I become a police officer I will be able to educate our increasing population in our country about crime and the consequences if they are breached.”

“I want to encourage men and women in our communities to apply into the RSIPF and make policing a career. If you are a youth and have a goal in life to serve our people, communities and the country as a whole, please join the RSIPF.”

RCT Raha, who is married, loves singing as a hobby. She completed her Form Five Solomon Islands School Certificate at the Panatina Community High School in Honiara in 2018