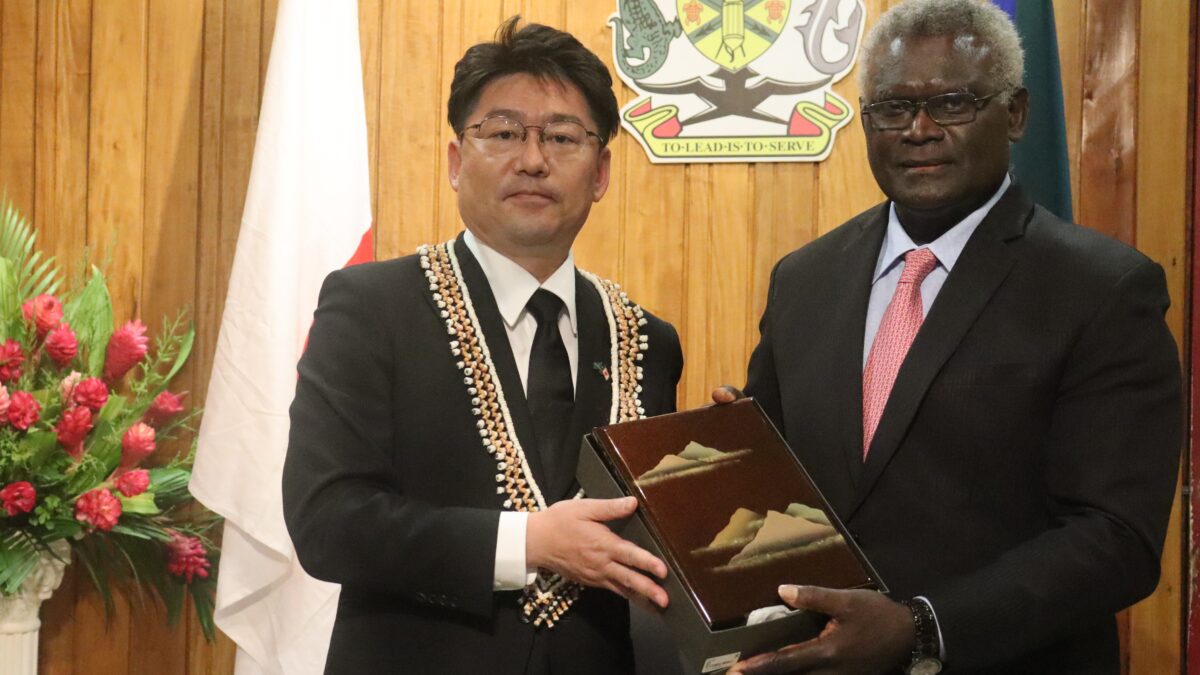 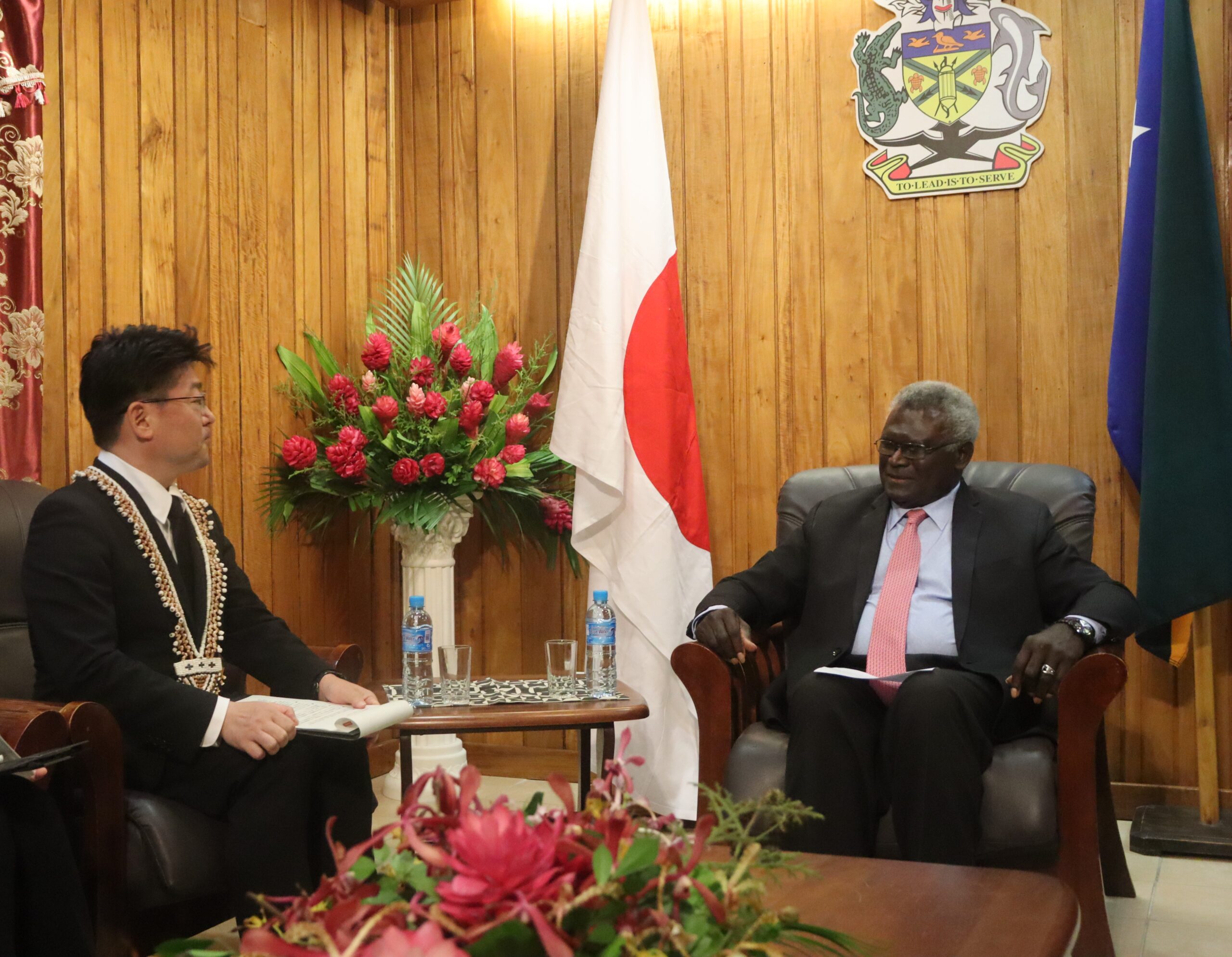 His Excellency Mr. Makoto ONIKI, Japan’s State Minister of Defense and head of delegation to the 80th Anniversary of the Battle of Guadalcanal had paid a courtesy call on Prime Minister Hon. Manasseh Sogavare.

The courtesy call was for His Excellency Oniki to pay respect to the Hon. Prime Minister as head of the government of Solomon Islands.

Solomon Islands and Japan took the time to renew each other’s cooperation and emphasised on the importance of peace, security, diplomacy and sustainable development.

State Minister Oniki assured the Prime Minister of Japan’s ongoing support. He then witnessed the signing of SBD10.9 million grant to support the Health sector soon after the courtesy call.

PM Sogavare said, the 80th Anniversary of the Battle of Guadalcanal is a significant anniversary and an opportunity to reflect on the successes of the past and, more importantly, to chart a forward-looking course in line with the National Security Strategy.

Furthermore, Solomon Islands tourism can ride on this integral part of our history- WW2 sites can be promoted as hot tourism destination.

America and Japan have been called on to consider assistance to Solomon Islands in this initiative as both countries have common interest in the legacy of the Battle of Guadalcanal.