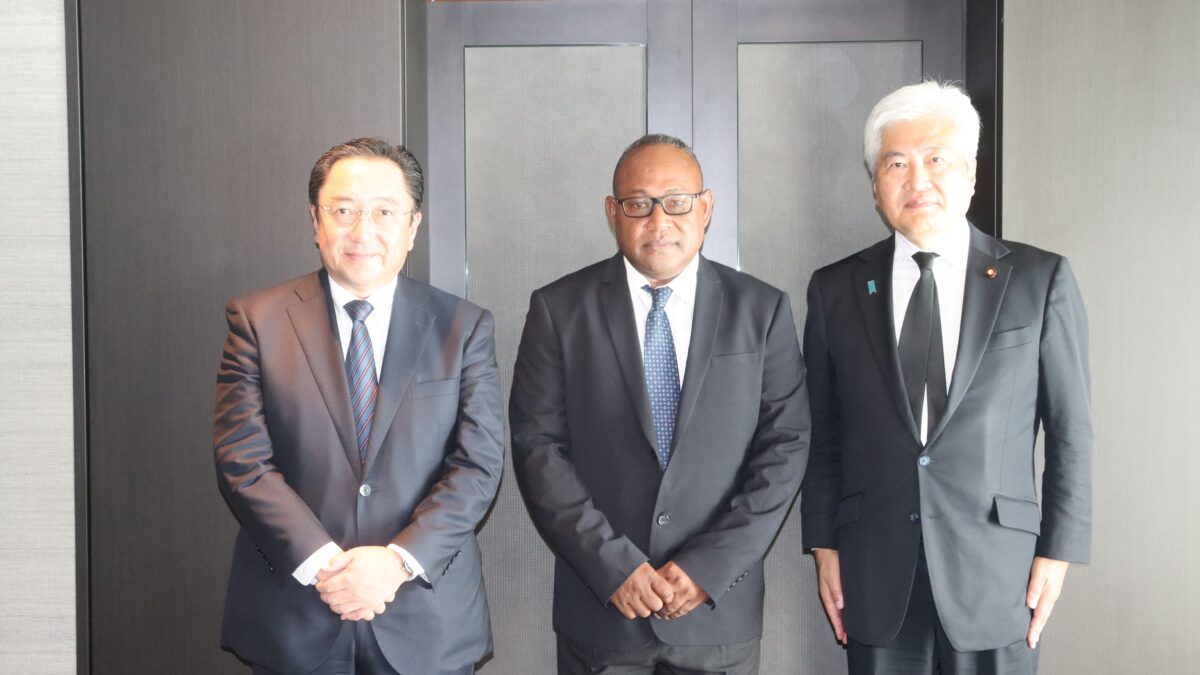 The interest was expressed this morning (Tuesday 27 Sept) at a breakfast meeting in Tokyo hosted by the Solomon Islands Honorary Consul Mr. Takahiro Kitano and Member of the House of Representatives Mr Mutai Shunsuke.

Japan’s Parliamentary Friendship Association has established ties with many countries around the world with the aim to cooperate in areas of mutual interest.

Mr Mutai Shunsuke said he is keen to discuss the idea further with Solomon Islands and is hoping to visit the country to explore the idea.

In response, Hon, Maelanga welcomed the interest and promised to take the idea home to share with relevant Solomon Islands officials for further discussions.

He stated that such friendly opportunities are vital to further elevate the existing cordial relationship between Solomon Islands and Japan to newer heights.