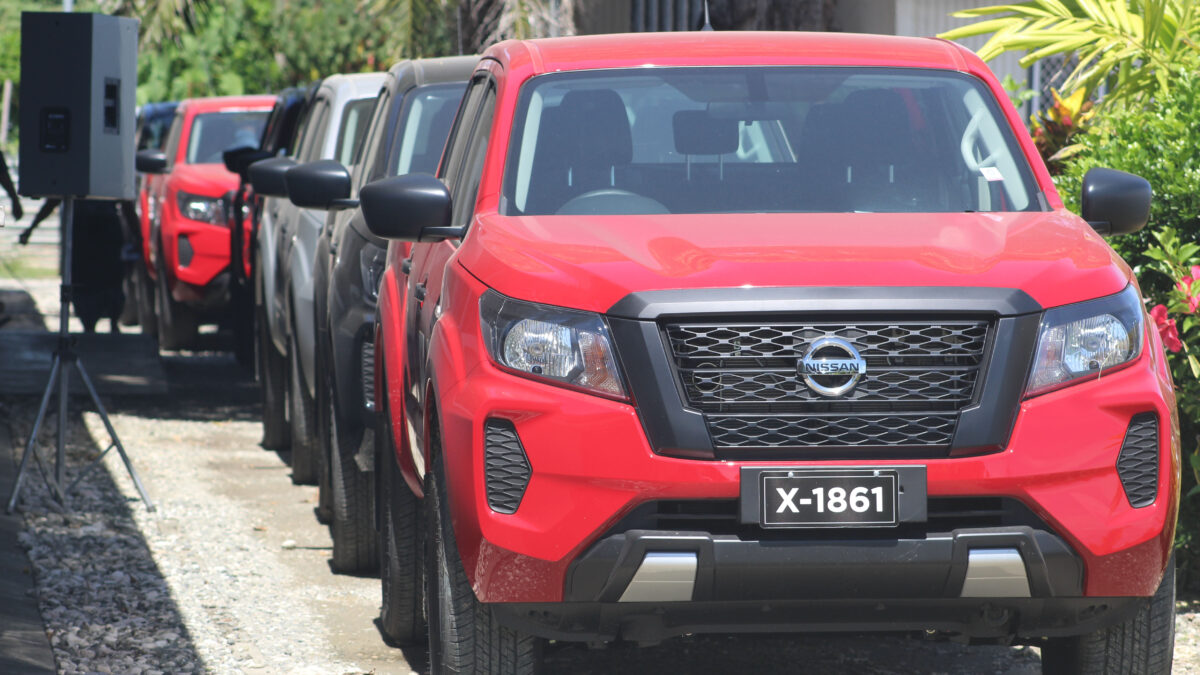 The new vehicles outside the Ministry of Fisheries 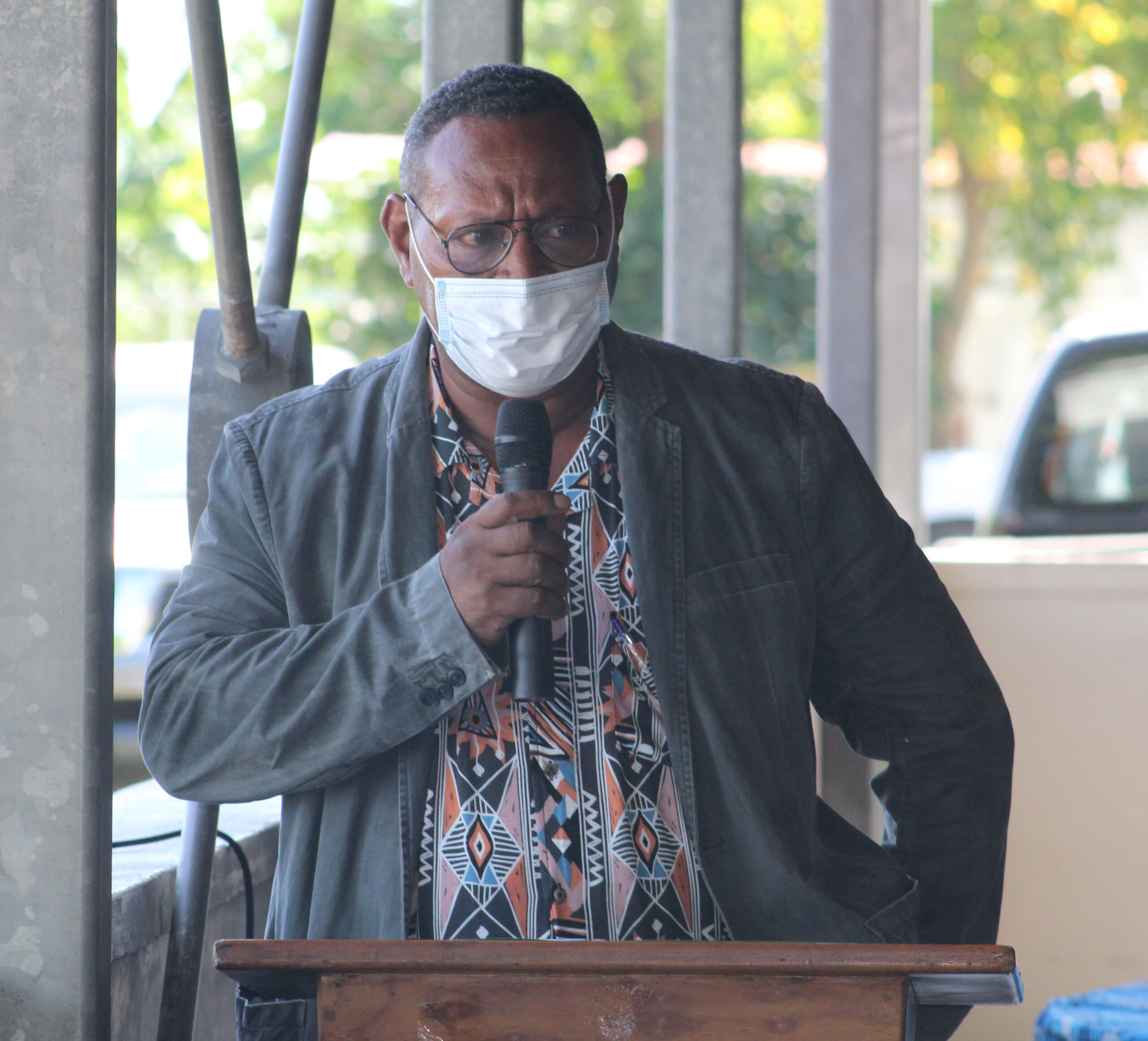 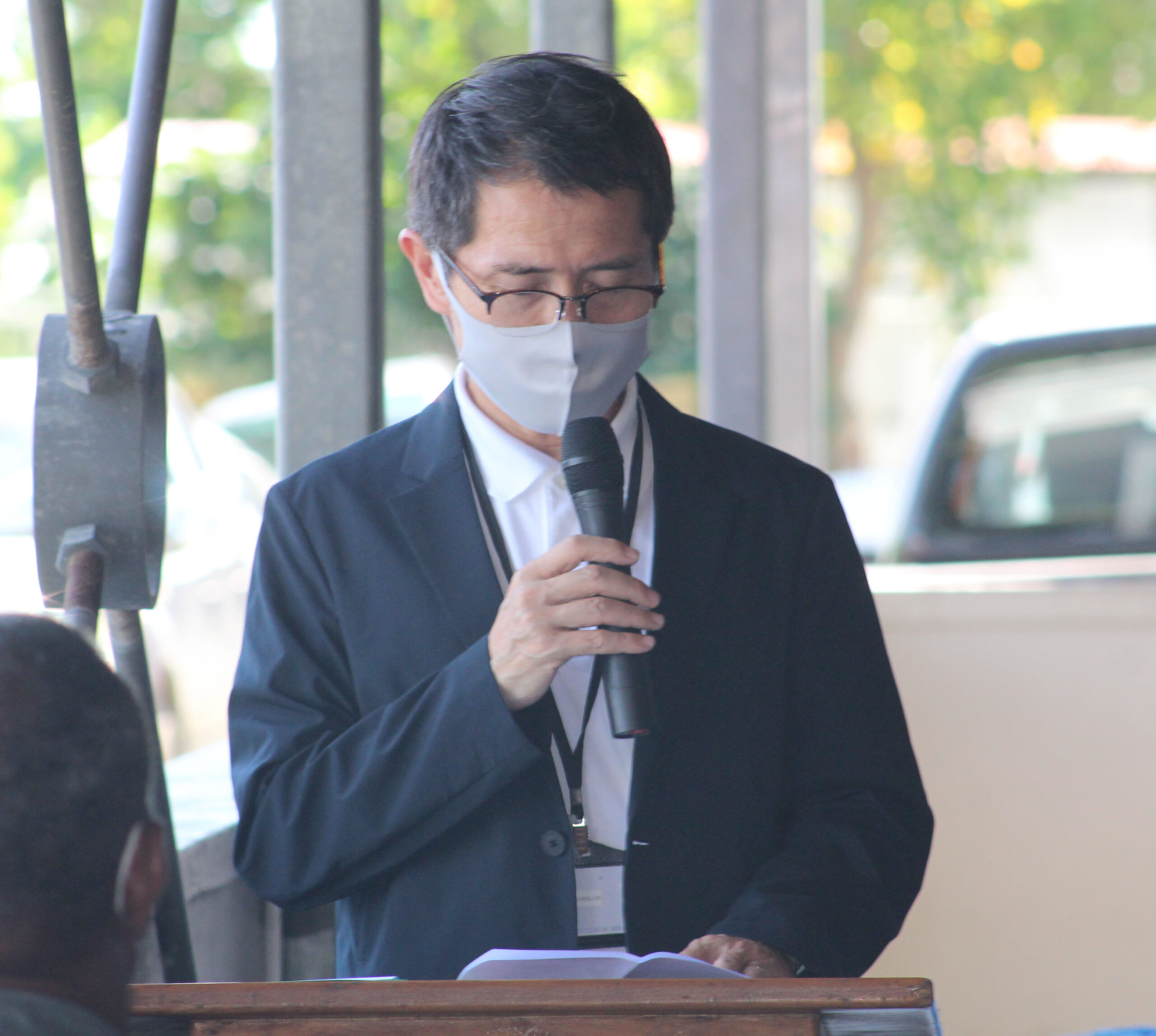 Japanese Ambassador His Excellency Yoshida Norimasa san delivering before handing over vehicle keys to the Minister of Fisheries.

The Ministry of Fisheries and Marine Resources this morning took delivery of eight brand new hilux vehicles to be used for the work of the ministry.

Speaking prior to hand over of the vehicle keys, Minister Hon Nestor Giro told Acting Ambassador of Japan to Solomon Islands, His Excellency, Yoshida Norimasa san and guests who were present at the occasion, the assistance was made possible through the cordial bilateral relationship that exits between the governments of Japan and Solomon Islands.

The eight vehicles were the first to be procured under Japanese Economic and Social Development Programme to the Ministry of Fisheries and Marine Resources.

The minister stressed the importance of the commitment between Japan and Solomon Islands as bilateral partners saying it reflects the shared value both countries have towards the management of their respective fisheries and marine resources.

Hon Giro assured the Acting Japanese ambassador that the vehicles donated to the Ministry of Fisheries by the Government and People of Japan will be used in accordance to the spirit of the Agreement that was signed by both countries in 2019.

“The vehicles will definitely contribute directly to the implementation of our many work programmes and projects in the Ministry as we continue to develop the country’s fisheries sector, he said. 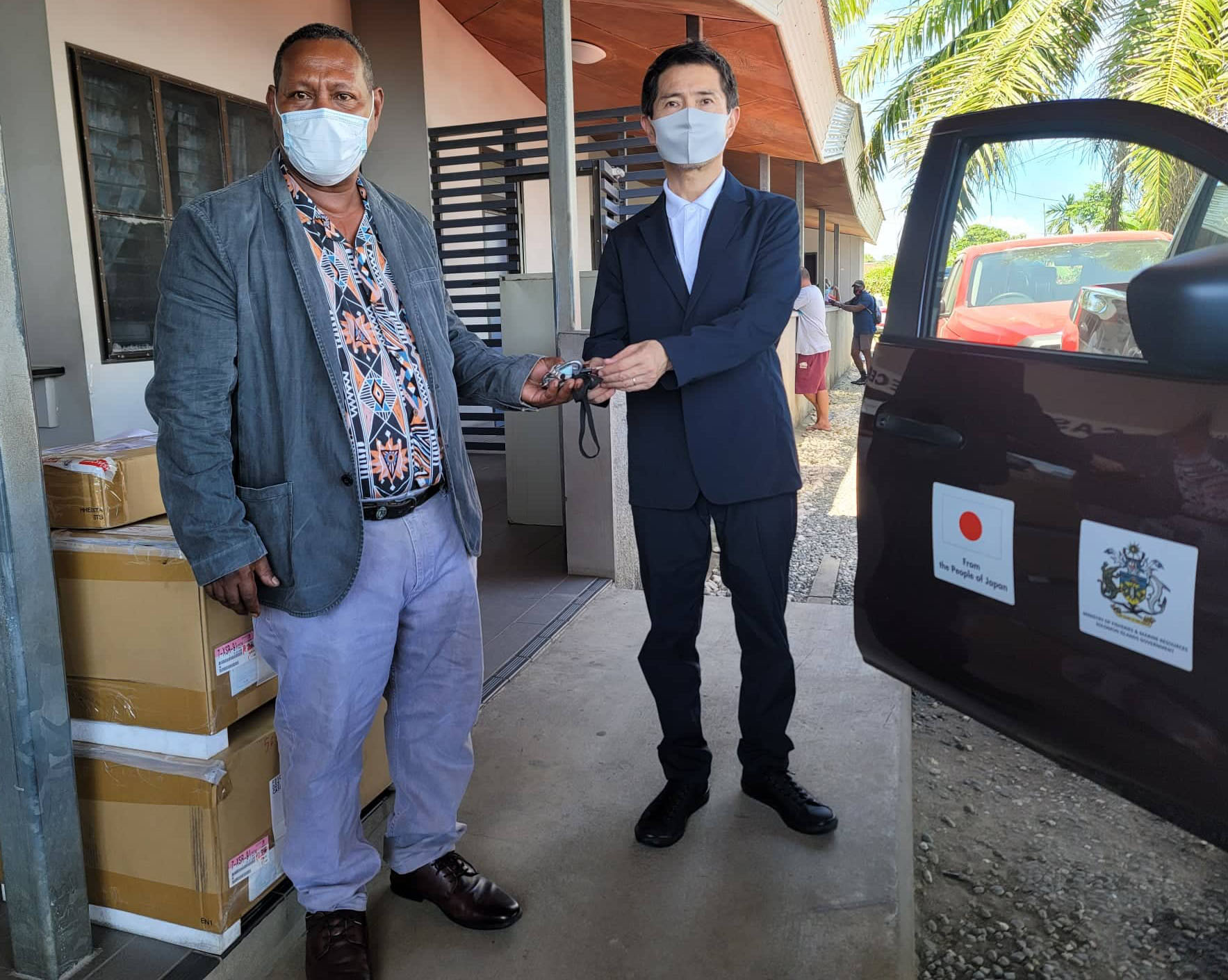 The Fisheries Minister said these various technical assistance including placement of Japanese Experts in the Ministry have been fruitful and rewarding for both his Ministry and the Japanese technical organizations.

Acting Japanese Ambassador His Excellency Yoshida Norimasa san told the Minister before he handed over the vehicle keys to Hon Giro that funds for the vehicles was provided under Japanese Economic & Social Development Program purposely for the Ministry of Fisheries.

He said this grant aid project is the first program under the Economic and Social Development Programme for Solomon Islands which was formalized in 2019 to procure equipment to support the development of fisheries sector in the country.

“I am so delighted this morning to handover the vehicles which are among equipment and products provided under this project. I am sure the assistance will boost the Ministry’s capacity to carry out its role in developing the fisheries sector as a major contributor to the country’s economy,” he said.

The ambassador stressed that the ceremony this morning signifies Japan’s continuous support to the Social and Economic development of Solomon Islands.

He praised the Ministry for the successful collaboration with JICS which saw the procurement and handing over of the vehicles to support its work.

“I am looking forward to further collaborate with you in the future and the vehicles handed over today will support not only income generating activities, but also good marine resource management and practices for the country, and benefit to the people of Solomon Islands.” The Japanese ambassador said.