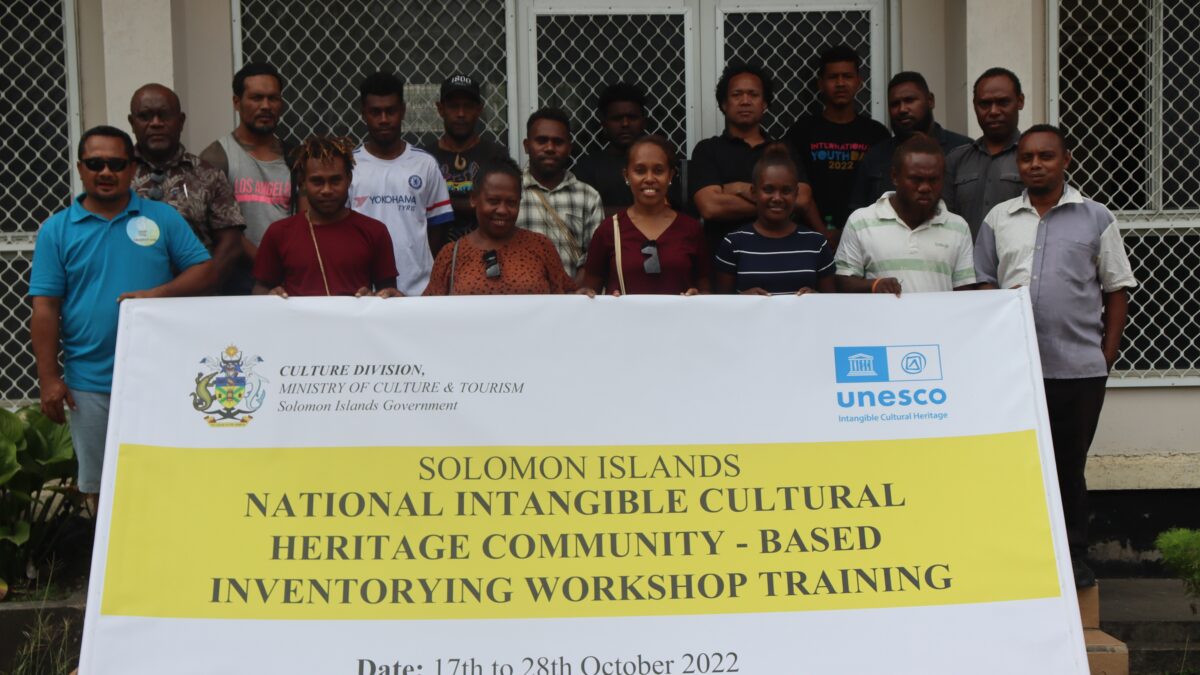 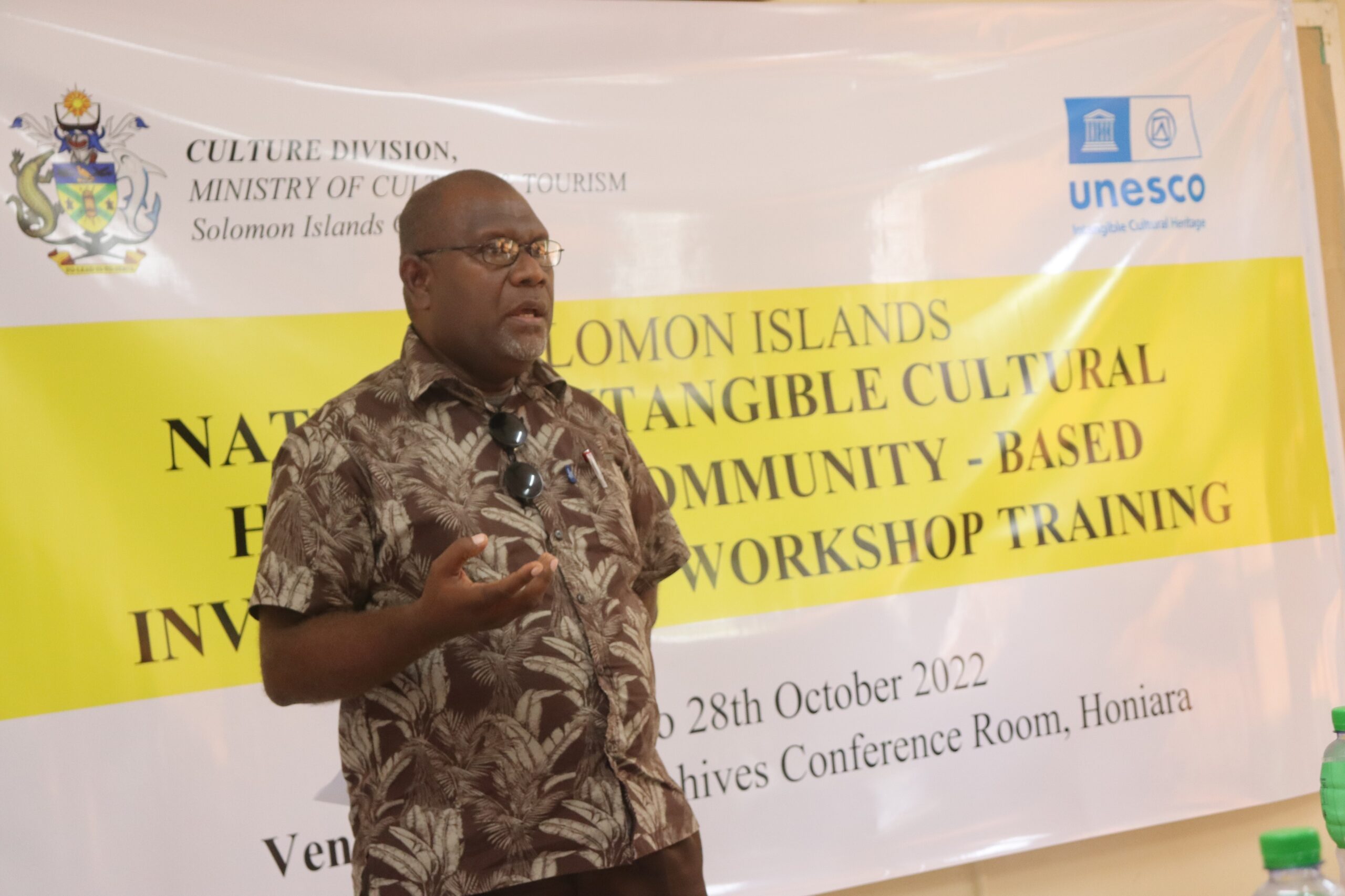 The purpose of this training is to build capacity by training selected youths to create a pool of local national experts for Solomon Islands.

The initiative is the first of three years of training for local people to be engaged in the national ICH program for the Solomon Islands supported by the Culture Division of the Ministry of Culture and Tourism.

The training formatted to include lectures and hands-on practice facilitated by a local Facilitator from the Culture Division. The training will provide readings, assignments/tasks, mentoring and practical fieldwork pursued by participants to complete this training phase.

There will be 20 units emulating the global ICH Training curriculum structure. Lectures will include dwelling on case studies and exercises that are pertinent including question and answer sessions.

Speaking at the opening ceremony, Deputy Director of the National Museum, Lawrence Kiko warned that Solomon Islands is at risk of losing much of its intangible heritage because of lack advocacy for cultural preservation in past years.

“These are important components that our society needs to preserve and we at time carelessly ignore the importance of preserving tangible and intangible heritages,” Kiko said.

He added that most young people that grow up in urban areas are at high risk of losing their cultural knowledge and are likely not to appreciate their ancestral knowledge on tangible and intangible heritages.

Kiko expressed appreciation to the UNESCO for taking serious steps to safeguard the cultural heritage of countries around the world including Solomon Islands.

Trainees in the workshop will be certified as qualified intangible cultural inventory or recorders for the country at the end of the programme on 28 October.