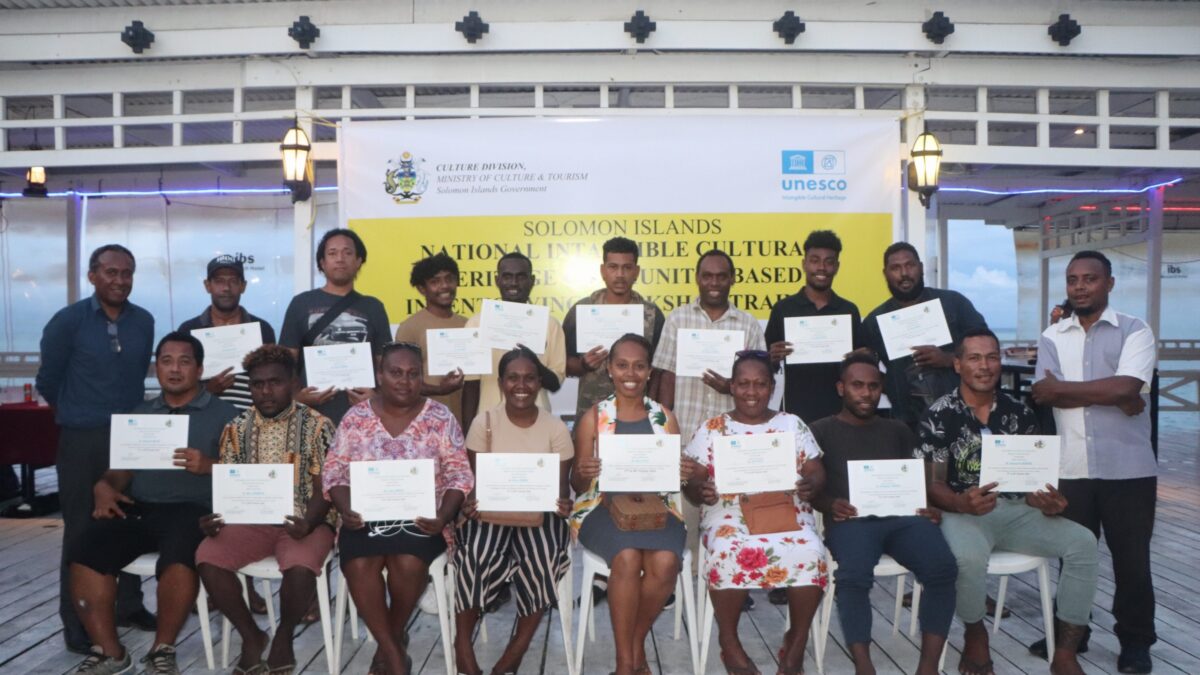 Participants and facilitators at the closing ceremony

Participants of a two-week Intangible Cultural Heritage Community-Based Inventory workshop in Honiara have graduated with certificates at the ceremony on Thursday 10 November.

The inaugural graduation of participants certifies them to be recognised by the Government and UNESCO to for meeting the requirements to undertake community-based inventory on Intangible Cultural Heritage in the country.

The twenty graduates were identified from a cross-section of Honiara-based youth groups and cultural associations including staff of the Culture Division of the Ministry of Culture and Tourism.

At the ceremony, Director of the Culture Division, Mr. Dennis Marita highlighted three key important factors of the workshop.

Firstly, the Workshop is important for the country as part of the State Party’s obligation to implement the UNESCO 2003 Convention for the safeguarding of intangible cultural heritage of humanity at the national level after the ratification of the convention in 2018.

Secondly, the Workshop is important and timely as well to look at measures to capture the importance of our cultural heritage and traditional knowledge from depleting by utilizing modern technologies such as smartphones to record and document important stories from the knowledge holders or bearers for our current and future generations.

Thirdly, the workshop is important as the Culture Division is looking forward to engaging youths to be part of the task ahead to undertake cultural mapping. This exercise is not easy, but it has to be done in order for the Solomon Islands to take proper inventory and data of the cultural resources that the country has.

The Culture Division as the implementing agency of the UNESCO Convention 2003 is seeking funding support from the Intangible Cultural Heritage Fund (ICH Fund) and other supporting partners under UNESCO to support Solomon Islands going forward.

Mr. Paukari said the two upcoming workshops are planned to be held in the Provinces with a pilot project to start the Intangible Cultural Heritage Community-Based Inventorying involving the recent graduates.

Neighbouring States like Fiji, Vanuatu, Tonga, and Samoa have gone ahead since ratifying the Convention in 2003 before Solomon Islands in 2018.

Despite the fact that Culture Division is the smallest unit within the Government machinery, the task safeguard, protect and promote the wealth of cultural resources of the country. 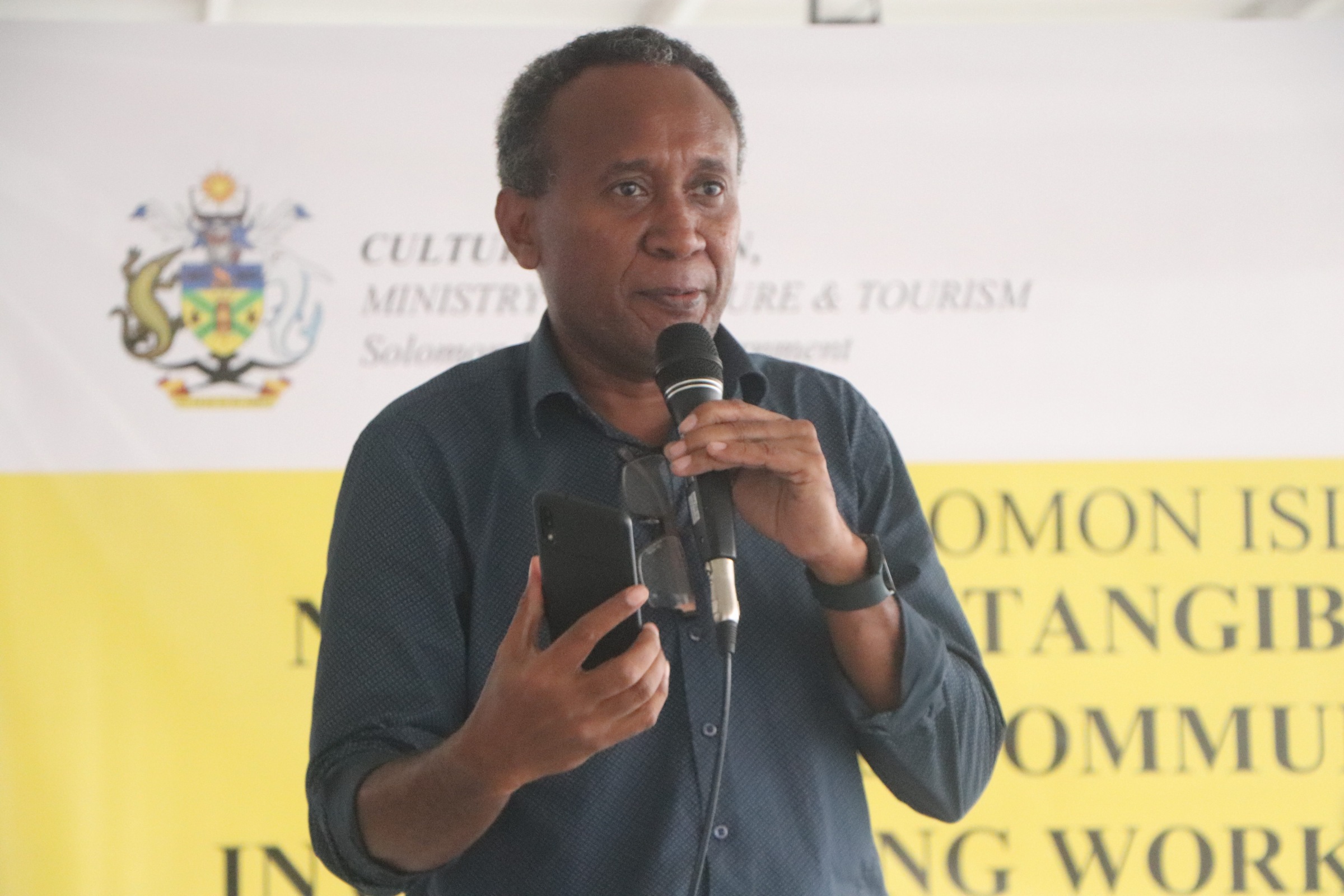 Director of Culture Dennis Marita at the graduation ceremony 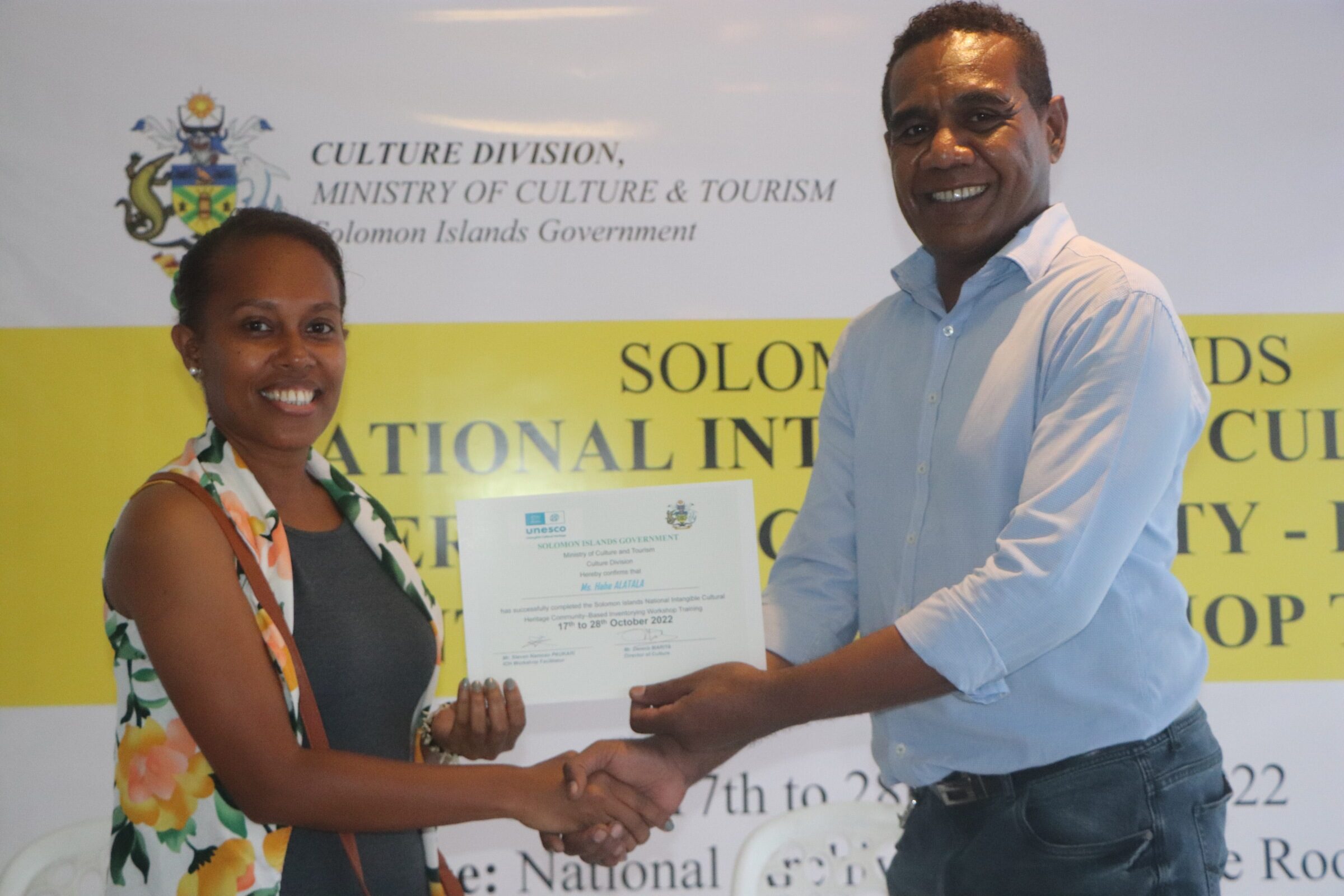 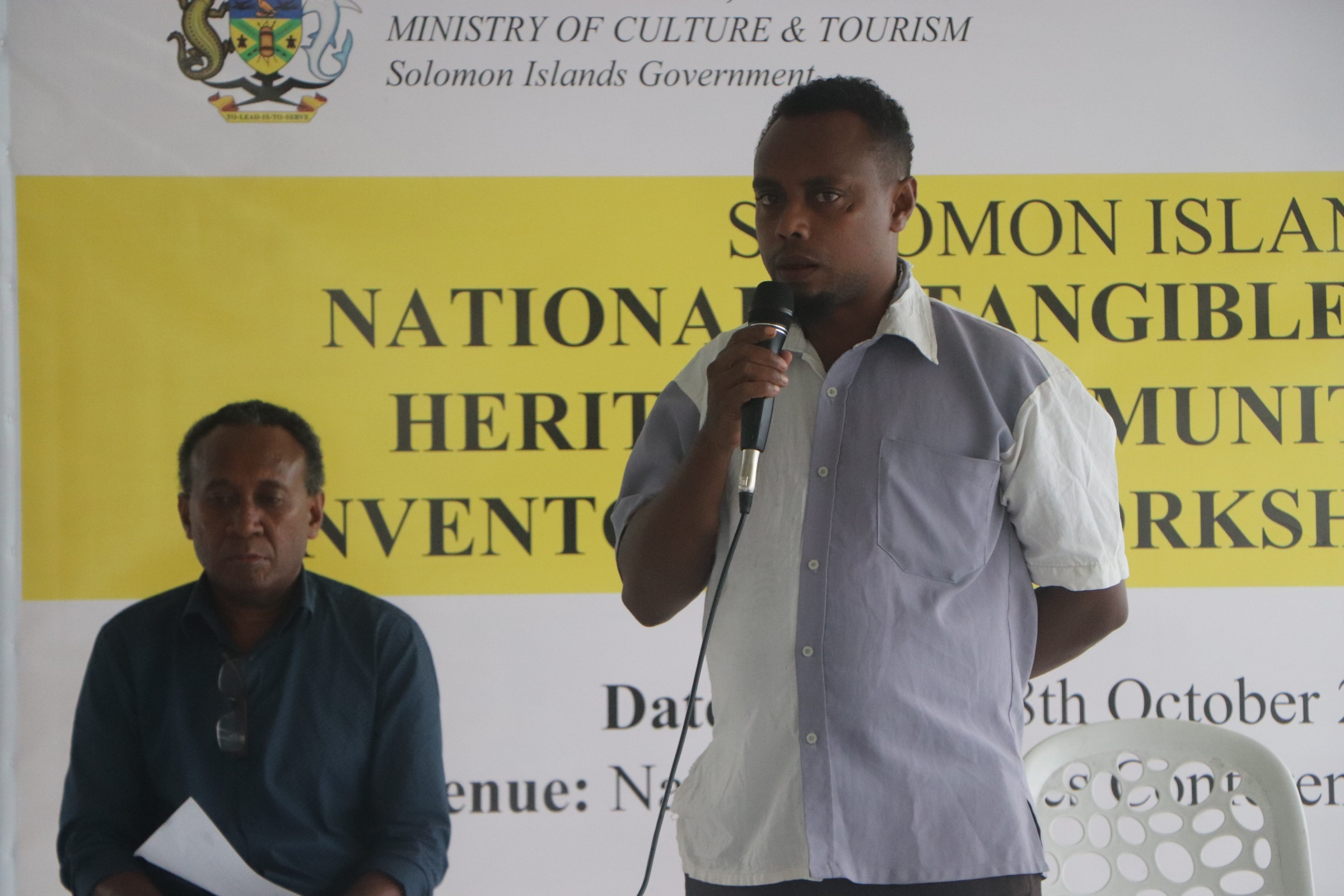