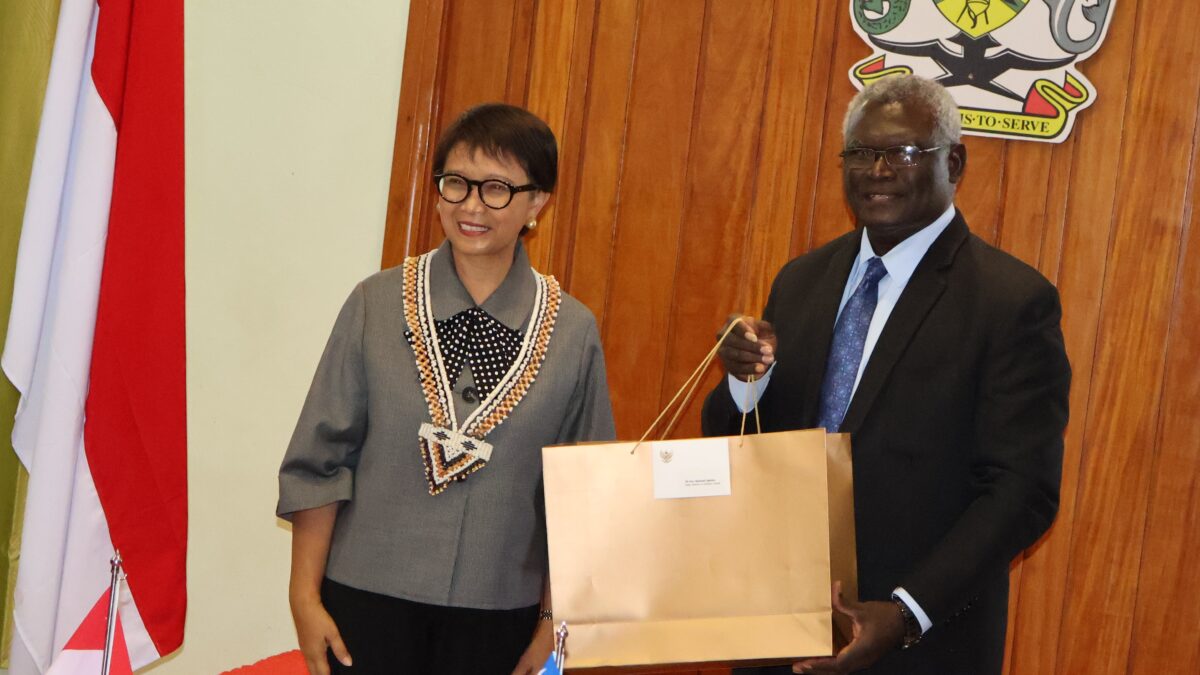 “Welcome to the Office of the Prime Minister and Cabinet. On behalf of the government and people of Solomon Islands, please convey to His Excellency President Joko Widodo, our well wishes and good health,” Prime Minister Sogavare greeted Minister Marsudi. 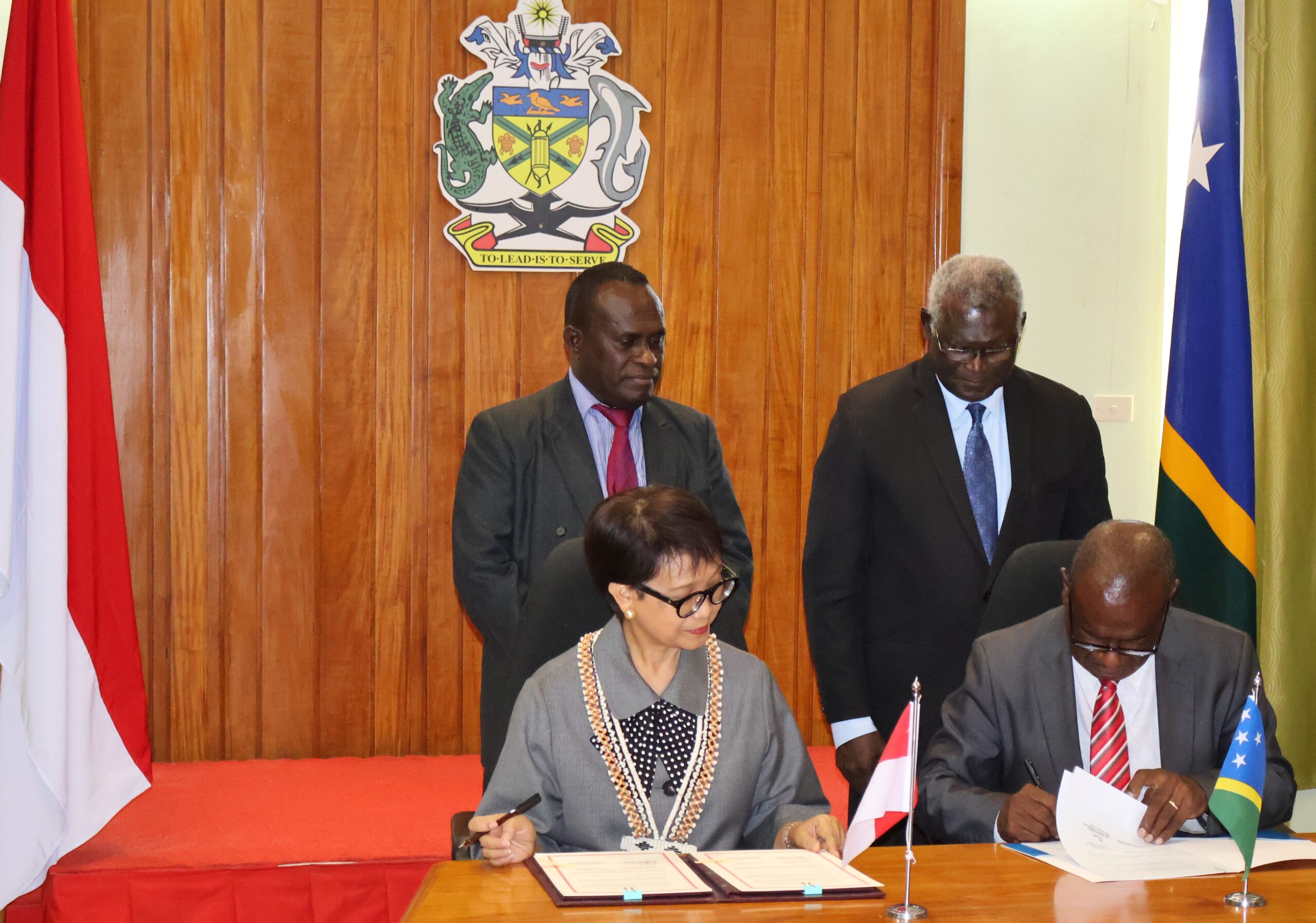 PM witnessing signing of the MOU on visa exemption.

The two leaders reiterate, bilateral relations between the two countries remain warm and cordial since it was established in July 1983. The relationship is based on mutual interest, trust and respect for each other’s shared values and principles.

Prime Minister Sogavare on behalf of the government and people of Solomon Islands sincerely acknowledge and thank the Government of the Republic of Indonesia for building the first futsal stadium for our futsal team and the youths of Solomon Islands. This state of the art facility is the best in the region and it will also host indoor volley ball, basketball and other sports.

The visiting Foreign Minister was further updated, the 2023 Pacific Games will be promoted as the “Green Games.”

Recognising the unity that futsal brings to the country, the government wish to further enhance the current futsal cooperation and relationship with Indonesia.

The courtesy call ended with the signing between the Foreign Ministers of Solomon Islands and Indonesia of an MOU on Visa Exemption for Diplomatic and Service Passport holders.

The Indonesian Foreign Minister, H.E Ms Retno Lestari Priansari Marsudi believes, the MOU will open the door for movements between our officials to further open up business and investment opportunities.

“We are on the right road to stronger and better relationship. Indonesia is more than ready to be a stronger partner in the development of Solomon Islands,” said the Indonesian Foreign Minister.

Officials are working on other MOUs.