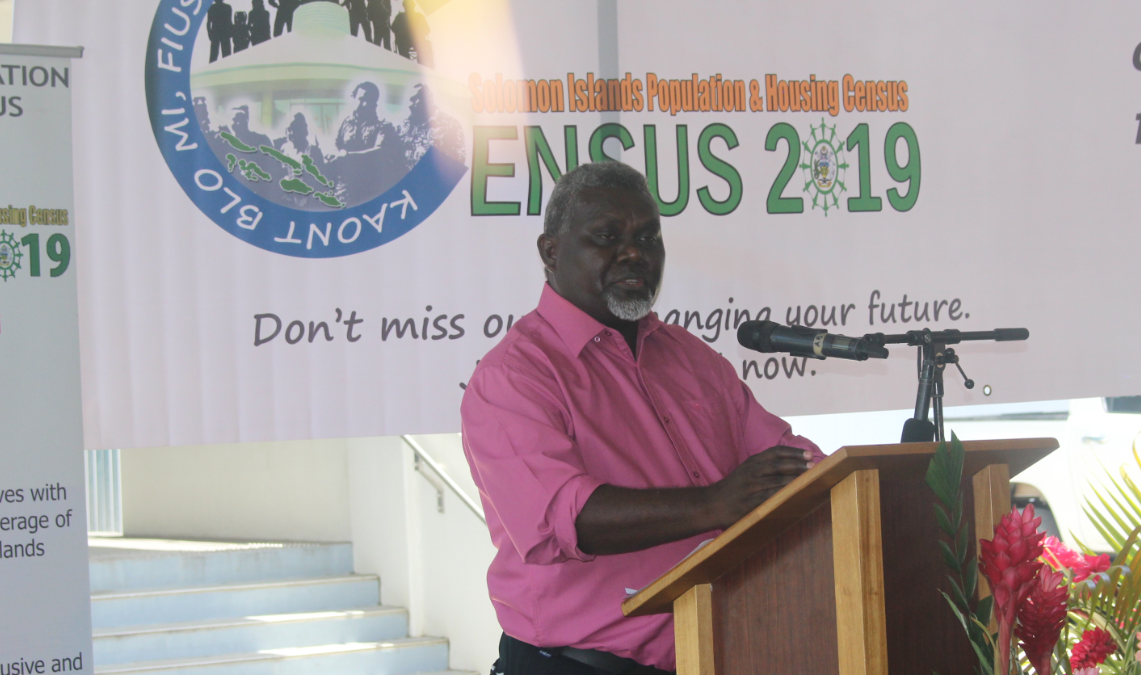 Honiara, the capital of the country and the main commercial hub of the nation continue to be the most highly concentrated area with a very high population density of 5,950 people per square kilometre compared to all other provinces.

This is according to the recent 2019 Census provisional population results launched today by the Minister for Finance and Treasury, Honorable Harry Kuman.

Rennell-Bellona records the lowest density of 6 persons per square kilometre.

The Minister for Finance and Treasury, Honorable Harry Kuma while giving his speech at the launch of the 2019 Census provisional results, mentioned that, like many of us who reside in Honiara, he was concerned with the rapid growth in Honiara and the high population density of close to 6,000 people per square km.

“It is clear that the growth in Honiara alone is driving urban growth in the country. Many of us who have lived in Honiara have personally experienced the urban challenges facing Honiara. Urban city planning is therefore critical now than ever before, and government intervention is needed to overcome overcrowding and the increasing demands for more housing, utilities and other basic services”

The 2019 Census provisional results showed that during 2009-2019 Honiara recorded the fastest annual growth of 5.8% with an increase of 57,033 people and growing by 5,700 people annually. This is followed by Guadalcanal with an annual growth of 3.7%. The province with the slowest annual population growth (0.4%) is Temotu where growth continues to slow down even from 1999-2009.

This and related statistics were released by the National Statistics Office today through the Census 1/2020 release report that was officially launched by the Minister for Finance and Treasury, Honorable Harry Kuma.