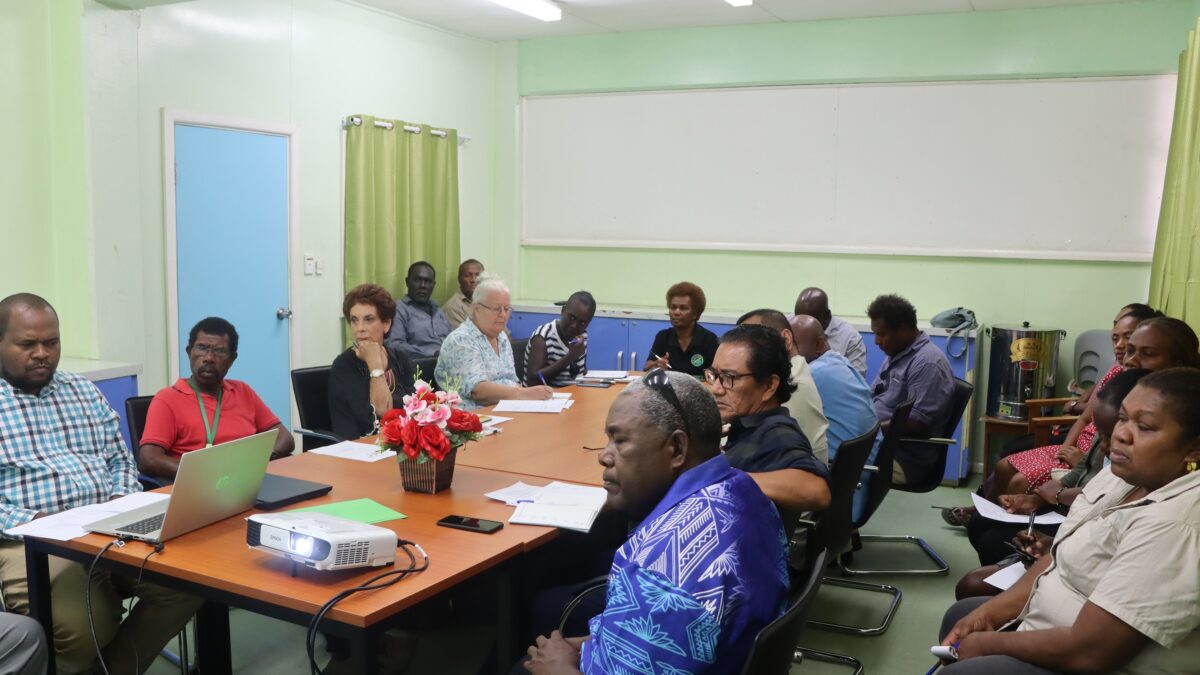 Members of the Honiara Beautification SubCommittee begins discussion at OPMC

The Honiara Beautification stakeholders have set up a Sub Committee Working Group under the Safe and Green Games, to oversee the implementation of the beautification of Honiara City as part of the ongoing preparations leading up to the Pacific Games 2023.

The working sub-committee was formed during a meeting organized by Government Services Integrated Committee (GSIC) with the Honiara Beautification stakeholders at the Office of the Prime Minister and Cabinet, OPMC, on Thursday 6th October 2022.

The meeting agreed to set up the Sub Committee working Group under GSIC and Chaired by HCC and supported by Ministry of Environment, Climate Change and Disaster Management, MECDM, Ministry of Culture and Tourism, Ministry of Forestry, MoFR, and other key stakeholders.

The Committee plans to organize and drive all Key Stakeholders for the greening and beautification of Honiara City and surroundings in preparation towards the Pacific Games 2023.

Chair and Coordinator of Government Services Integration Committee (GSIC) overseeing Governments preparations towards the Pacific Games 2023, in OPMC, Bernard Bataánisia, welcomed the formation of the Sub Committee, and stated the Committee has an important role in rallying and coordination with all Stakeholders and City Residence in preparations for the Games.

“The Safe and Green Games is the Strategy Action Plan, the Government have in place to successfully host the PG 2023.

“It calls upon all stakeholders to work together and support one another to support the Games.

“The success of the plan depends on all Honiara residents, and stakeholders to work together with the Government to successfully host the Games,” Bata’anisia said.

Other groups and stakeholders will also be invited to join the Sub Committee.