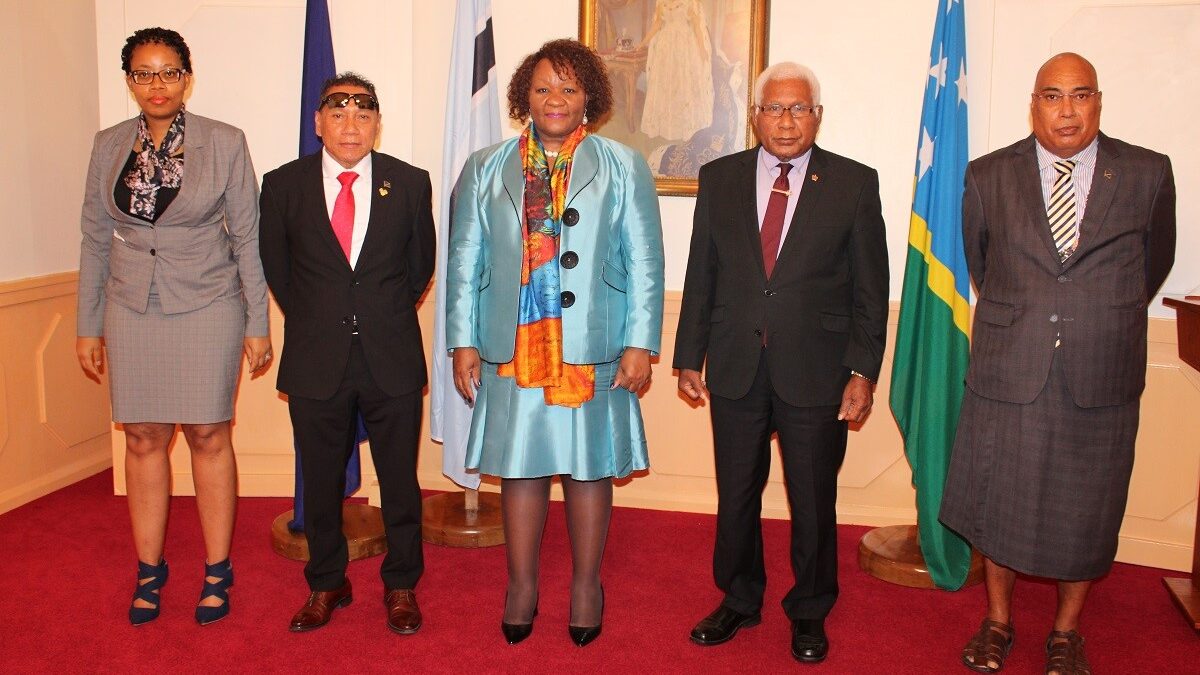 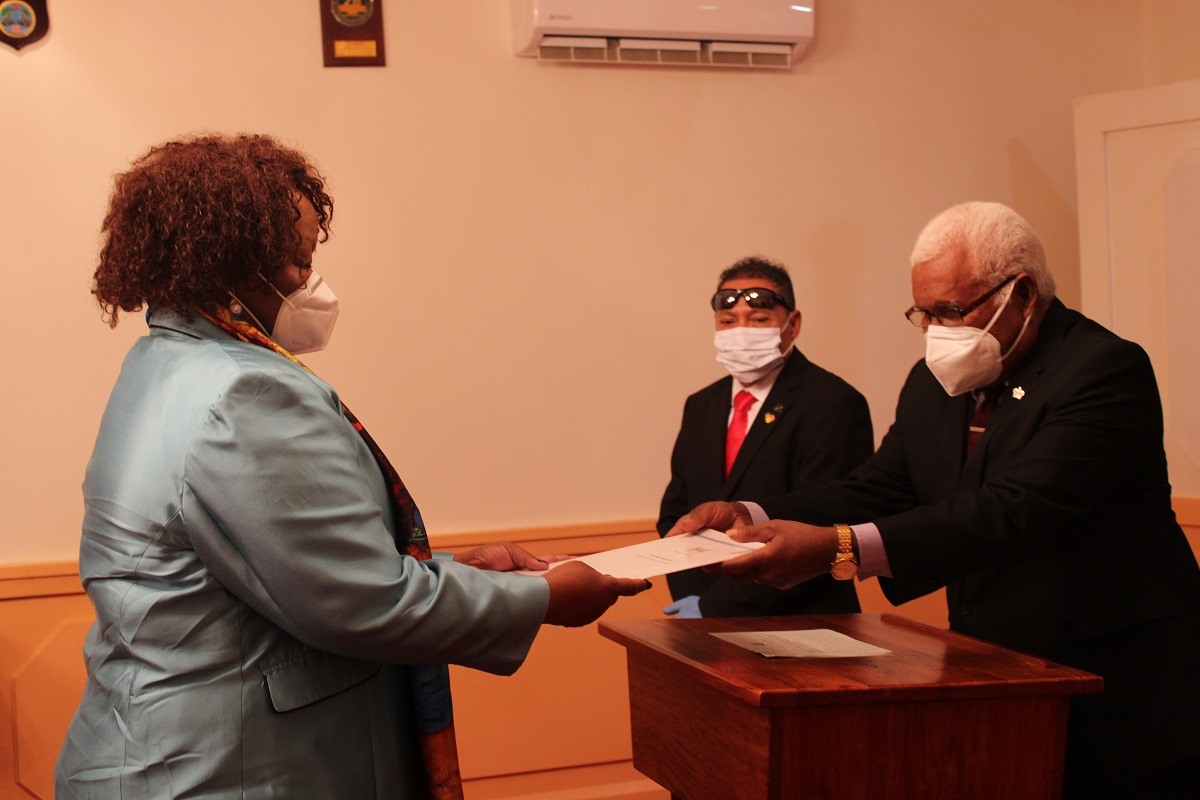 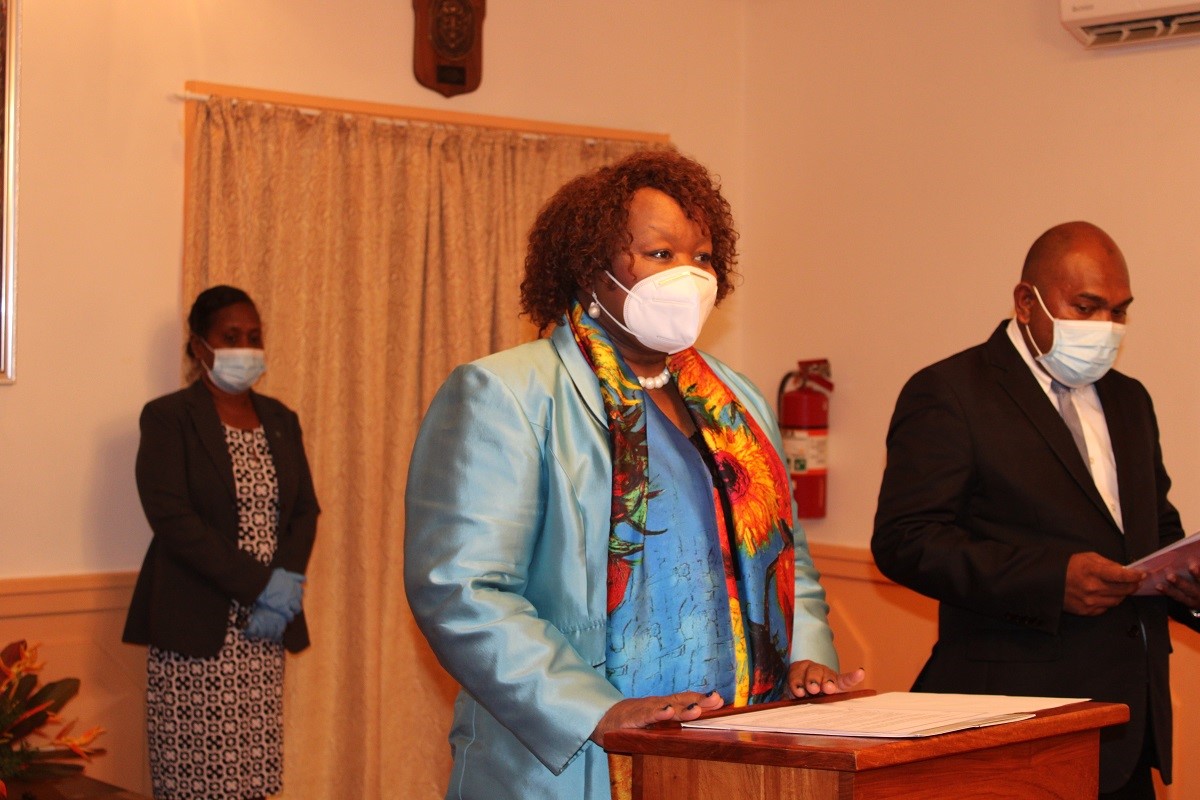 High Commissioner of Botswana to the Solomon Islands (based in Canberra), Her Excellency Dorcas Makgato addressing the Governor General at Government House. 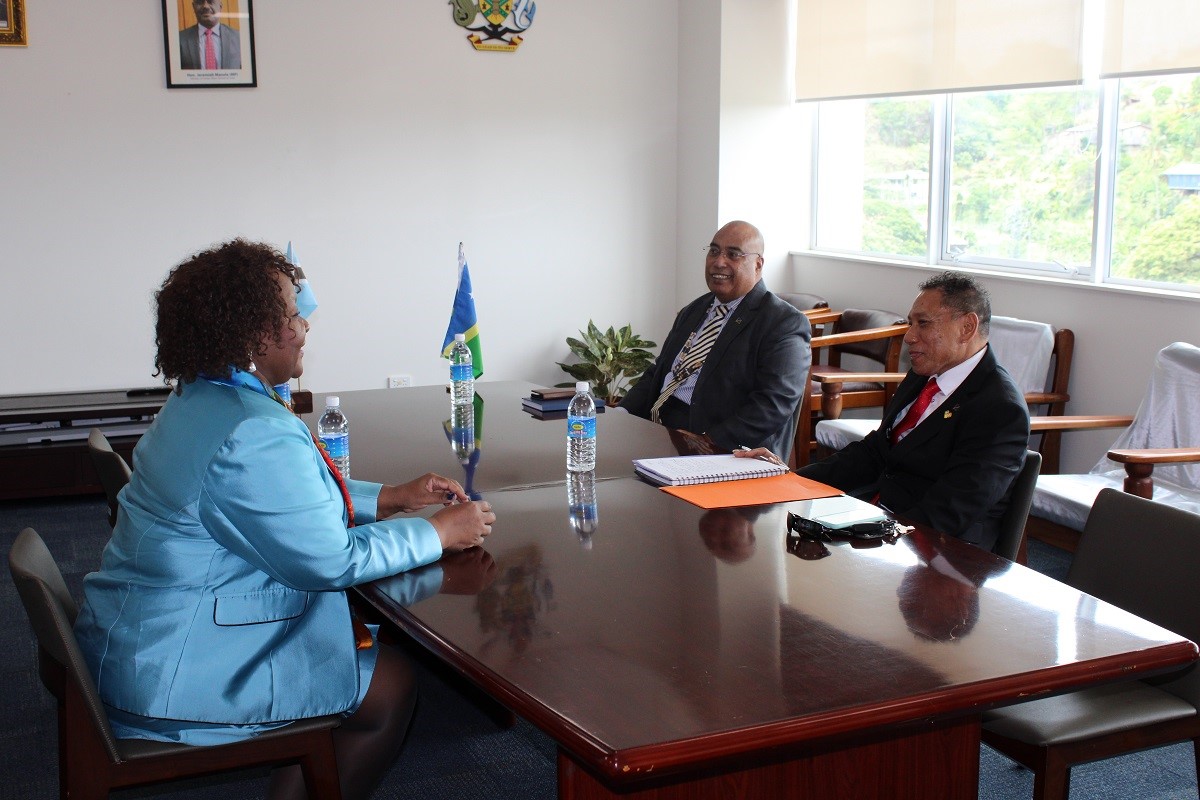 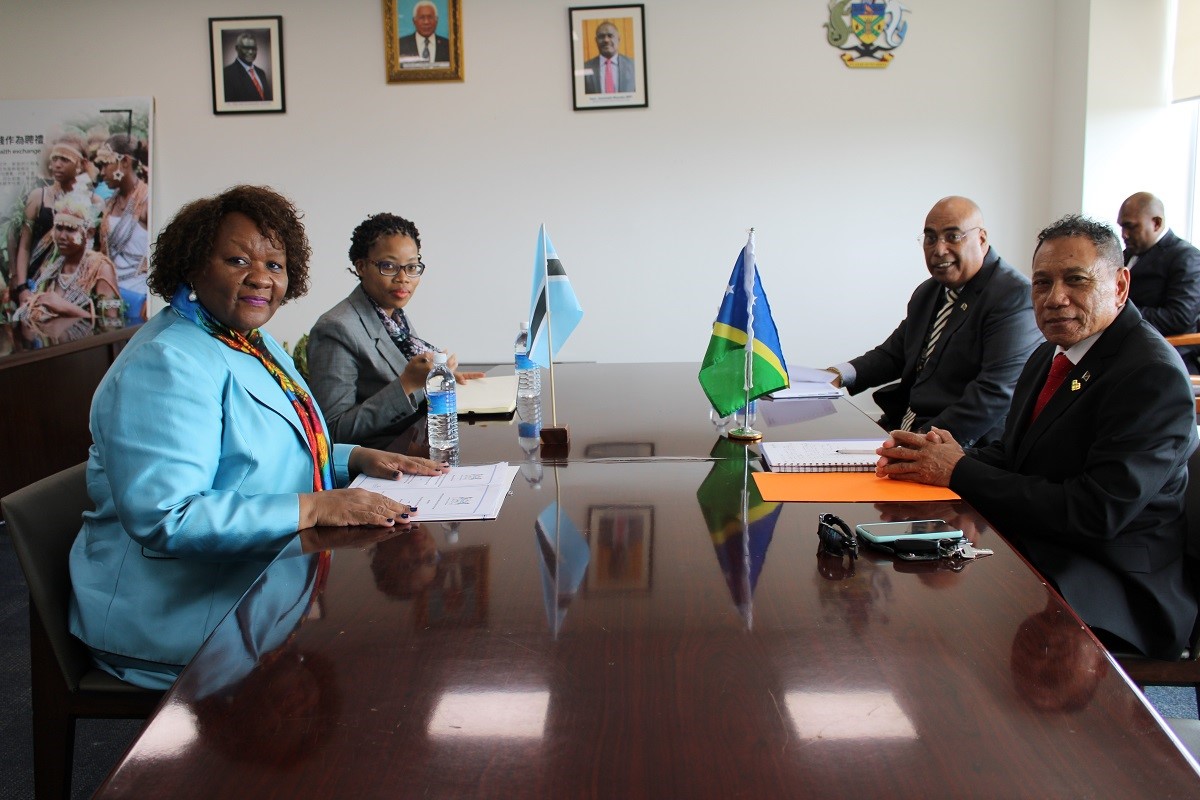 The High Commissioner of the Republic of Botswana to the Solomon Islands presented her letter of credentials to the Governor General, Sir David Vunagi at government house yesterday.

Botswana’s High Commissioner, Her Excellency Dorcas Makgato’s visit to the Governor General was a start to an eventful day on Thursday with courtesy calls being made to the Prime Minister, Hon. Manasseh Sogavare and the supervising Minister of Foreign Affairs and External Trade, Hon. Peter Shanel Agovaka and his Permanent Secretary, Collin Beck.

In presenting her letter of credence to the Governor General, High Commissioner Makgato said Botswana and Solomon Islands enjoy cordial relations since establishing diplomatic relations in 2010.

She said relations are underpinned by a solid foundation of trust, mutual respect and a common desire to improve the lives of our people.

She said as members of the commonwealth, bonds of friendship are based on common values of democracy, rule of law, respect for human rights and liberties.

“I view the good existing relations with Solomon Islands as very critical for support on pertinent issues in bilateral and multi-lateral fora for the mutual benefit of our two nations.

“We can also learn a lot from each other, particularly in areas such as Agriculture and Tourism for the betterment of our economies,’’ High Commissioner Makgato emphasized.

In receiving the letter of credence, Governor General, Sir David Vunagi congratulated H.E Makgato on her appointment, and extended his best wishes and good health to the President of Botswana His Excellency Mr. Mokgweetsi Masisi.

Botswana graduated from being a Least Developed Country 28 years ago and has now become an Emerging Upper -middle income country and economy.

“Through our bilateral relations, we can further enhance our bilateral cooperation on areas that is of mutual benefit for both our two countries,” Sir David remarked.

The High Commissioner of Botswana later paid visits to the Prime Minister and held fruitful discussions with the Ministry of Foreign Affairs and External Trade.

The Republic of Botswana is a landlocked country in the southern region of continent Africa, with a population of 2.4 million

It is one of the wealthiest countries in Africa, very stable politically with a substantial GDP per capita (about 19,000 USD), one of the fastest growth rates per capita in the world.

Their main incoming generating sectors are mining, tourism and cattle.