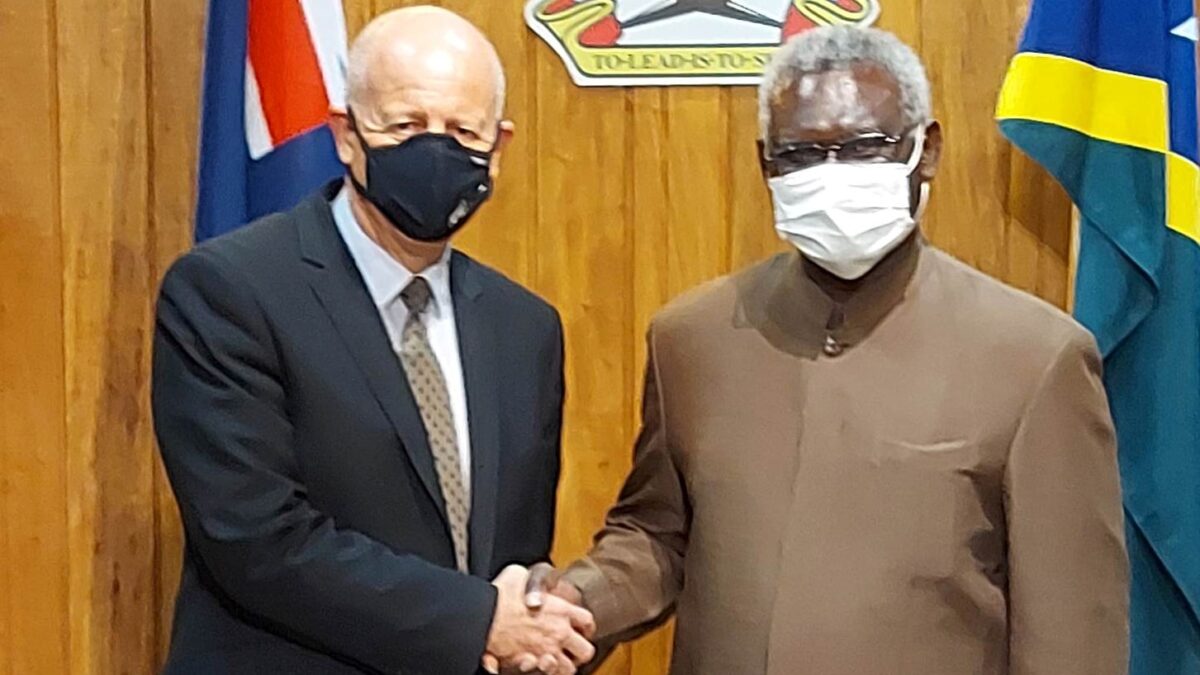 Deliberations begun with formal introduction of His Excellency Schwass to Prime Minister Sogavare and conveyed the New Zealand Prime Minister, Jacinda Arden’s greetings to his counterpart.

“The New Zealand PM looks forward to a formal catch up,” expressed His Excellency Schwass.

Engagements are along the emphasis of a stable, resilient and socially cohesive Pacific. The development of an economy that enables prosperity and more equitable distribution of benefits; and deliver for all citizens and engage constructively between them as well as the region.

Along with his ambassadorial duties, HE Schwass assured Prime Minister Sogavare of his intention to rebuild a stronger SI-NZ bond.

“We are keen to pick up our relationship with Solomon Islands to post pandemic level. If there are gaps, we would be pleased to learn,” added Ambassador Schwass.

Prime Minister Sogavare stated, “the government supports a stable region. The view that Solomon Islands will host a military base is nonsense.”

The Prime Minister thank the government and people of New Zealand for standing beside Solomon Islands in its good and tough times.