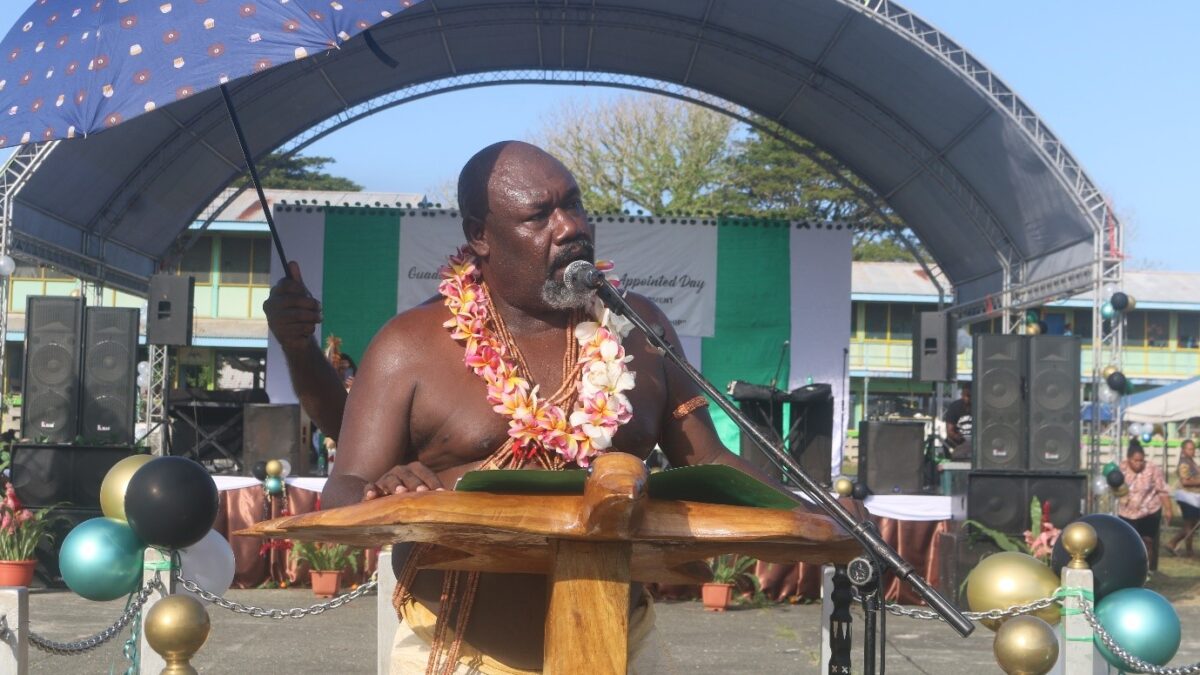 Premier for Guadalcanal Hon. Francis Sade (MPA) highlighted some of the milestone partnerships his Government has implemented over the years since his Government came in 2019. He was speaking during Guadalcanal Province’s 38th Second Appointed Day Anniversary Celebration at St. Joseph’s Tenaru Catholic School on 1st of August 2022.

To name a few they are; education role out by church authorities, land for GP HQ at Mamara, Land for GP Stadium-Catholic Church, Land for GP Market-Joe & Son Tenaru, Townships Projects agreed with the people and the House of Chiefs, Tina Hydro Project, Expansion of partnership with Guadong Province to name a few. He stressed that the milestone partnerships would not have been possible had it not been for the understanding, mutual respect, trust and support of his government with the chiefs, the churches, the business houses and the people.

Premier Sade stated that the fiscal policies of his Government has worked well as they reduced GP inherited debt of more than$22M to less than $9M debt remaining which will be dealt with through the courts by the newly set up Legal Affairs Division within GPG establishment. “Perhaps we’re the only Executive Government to seriously address debts in our consecutive budgets”, he said.

On ordinances, he stated that 14 ordinances were passed by his Government in the areas of building construction, gaming, business licenses, investment, land rating, and land management but now conscious of the challenges of policies compliances and time factor against his Executive, it is hoped that the next Executive will pursue these vigorously. Currently the Legal Affairs Division is in touch with the Attorney General Chamber on the Ordinances with the view to finalising them before 2023.

Hon. Sade stated that another important reform that was initiated by his Government was the laying off of 20 officers on retiring grounds replacing them with new graduate and the creation of new units namely Law Unit, Township Unit, Law Enforcement Unit, and ICT Unit. These units, he said are having positive impact on the operations of the Province.

Lamenting on the pressure of population on Guadalcanal which stands at 166,800, the Premier stated that the GP population accounts for 23% of the national population (722,392).  Including Honiara’s population of 94,2006, together make up 36% of population which is a huge challenge for the Province. For this reason, he stated the GPG is working closely with NGOs, Donor Partners, Overseas Embassies, Business Houses and Churches to collaboratively find ways and means to dealing with the issue amicably.

What is more, he added, the wounds of the ethnic tension and subsequent riots, coupled with the recent riots that worsened the already damaged situation by the pandemic begged the question celebration for what to which stated, “We observe today not as victory but as celebration of determination of our fathers and us to leave an inheritance better than it was handed to us – symbolising an end, as well a beginning, signifying renewal, as well as change”, he demanded.

He stressed that the November riots in 2021 negatively impacted on the businesses as new investors turned away. But despite these challenges Guadalcanal people are resilient, determined to work hard and to improve and create better futures. The events have helped to shape the future of Guadalcanal and its people.

The GP Premier acknowledges the Australian Government and its people for the direct intervention with the COVID-19 tool kits and vaccines that has helped with the first dosage of 47,106 people which is approximately 50% of the population of GP, and the double dosage of 29,490 people which is 32% of the population.  Premier Sade stated that GP continues to fight the pandemic and urges its people to protect themselves from the virus at all times whilst also regrets the people who lost their lives to the pandemic.

On the return of the so called alienated land on Guadalcanal, the Premier stated his Government is also working on the long complex process of getting back lands but asks the rightful people of GP who are going to receive the land to seriously think about what they are going to do with the land for development purposes and be careful about selling the land left and right for short term benefits.

He added that with Mataniko industrial area already under GP, his Government is working with the National Government and the Honiara City Council to map out properties for renewal of lease agreements, and the GP Headquarters identified near Mamara.

On the CITREC, the Premier stated that the task of reopening it is ongoing. Since 2014 to 2018, 32 people from GP had been recruited with a few attaining permanent residence statuses.

Like other Provinces, GPG also benefitted a lot from the PCDF with projects mostly in the education and health sectors. The Province also benefitted from heavy renovations to its staff quarters and offices. GPG expects to improve its score on the current PCDF Assessment as a result of its fiscal policy improvement.

The Premier spoke at length about the theme for the celebration by relating it to the success of his Government. He congratulates the people of GP and urges them to work hard for the betterment of the lives of the future generations of GP. He also thanked the Guadalcanal Members of Provincial Assembly and their families, and GP staff and their families for enduring the challenges faced as GP officers and GP people.

Earlier, MPA for Malango Ward Hon. Keith Amosaea welcomed the dignitaries to the occasion on behalf of the people of Malango, Central Guadalcanal Constituency and Tenarua School staff and students. He spoke of how Guadalcanal transitioned from what it was 37 years ago to what it is today, the Province of Providence, an agent of the National Government.

The Day was marked with speeches, traditional and contemporary dances performances, music and soccer tournaments.

It was indeed an enjoyable occasion with traditional and contemporary dances performances put on by students of Tenaru, St. Martins RTC, and music performances by Nasi, Pitua and Cuzins singing to the musical performance by the popular Black Wine Band. 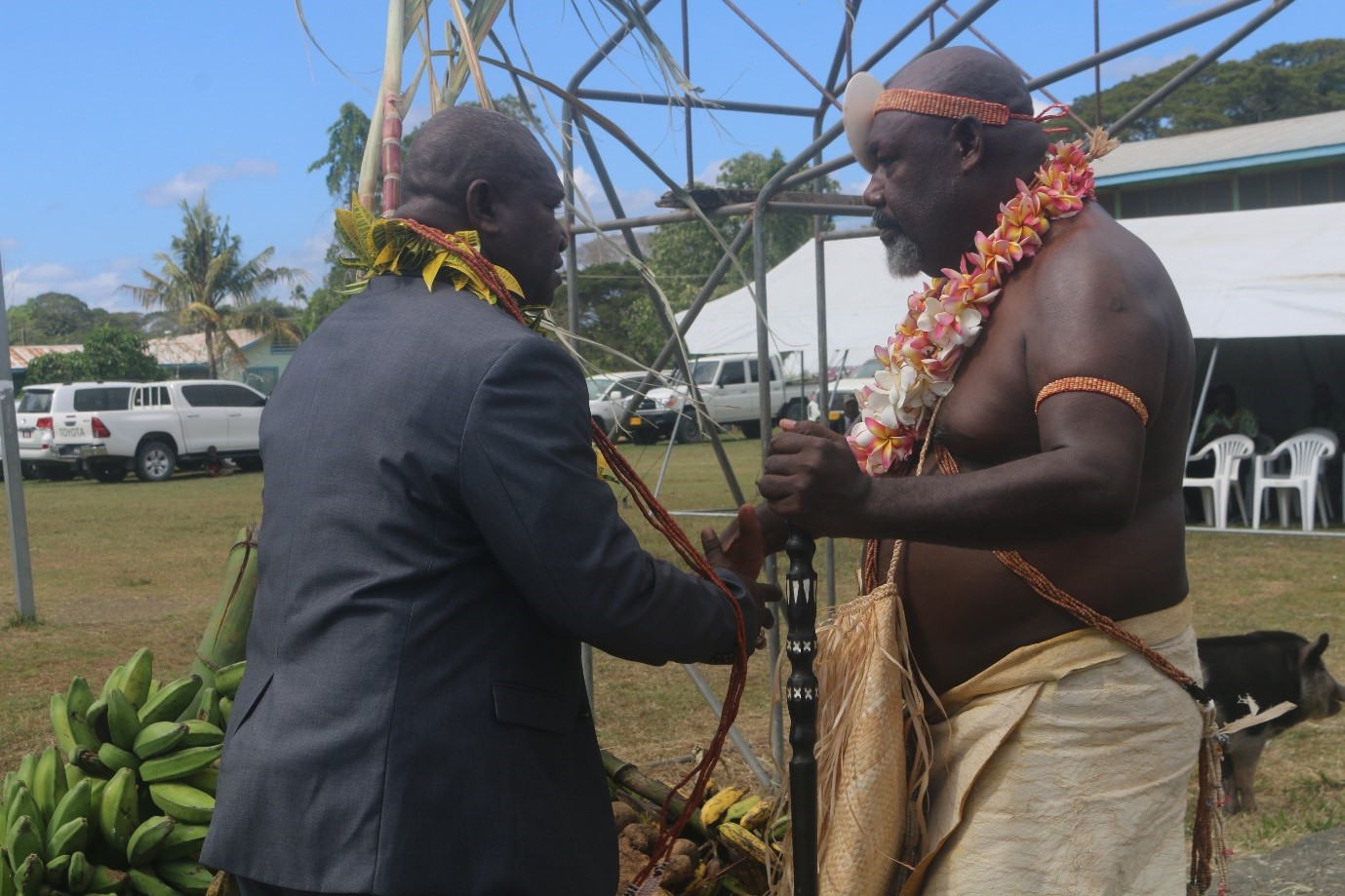 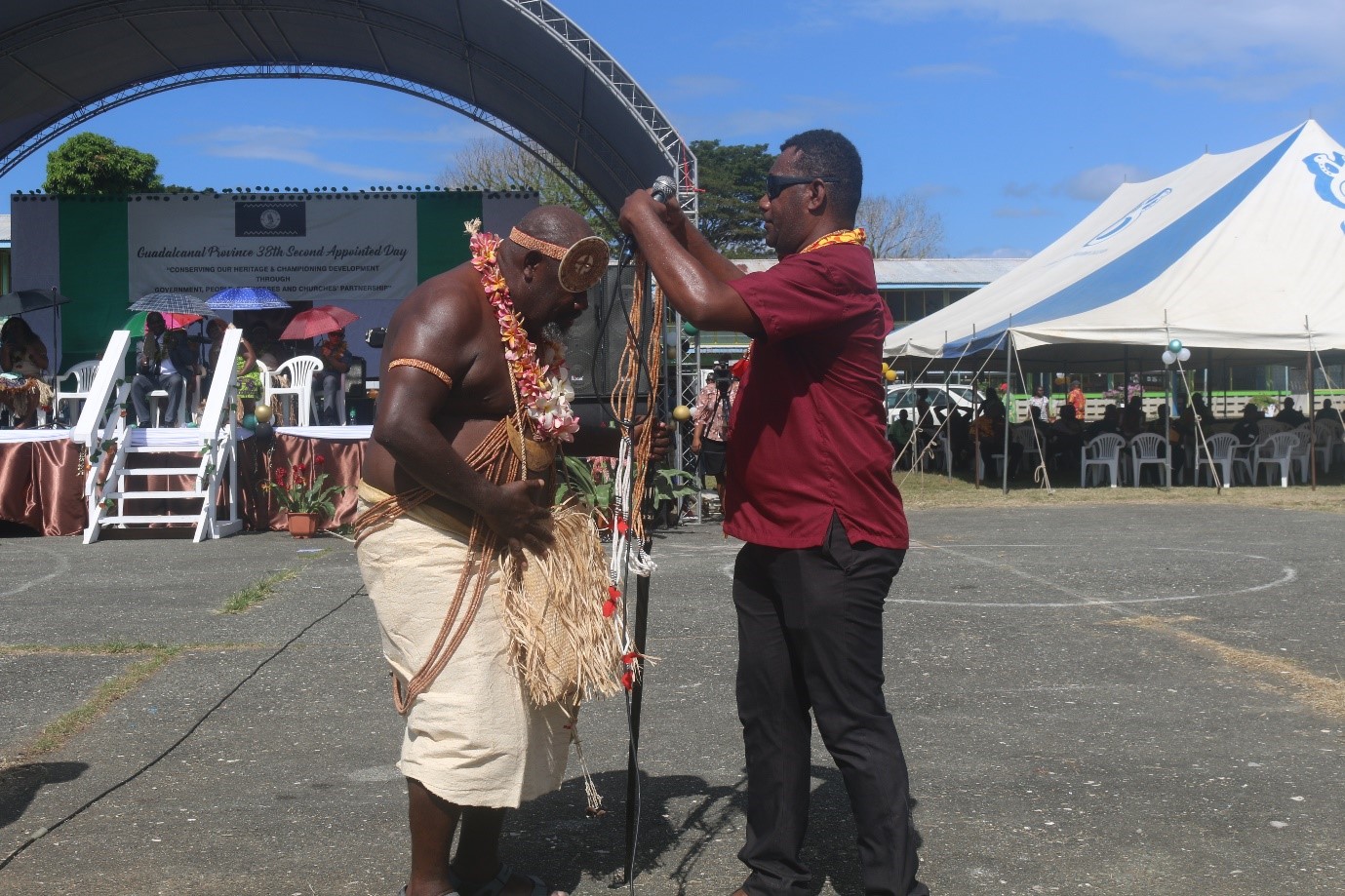 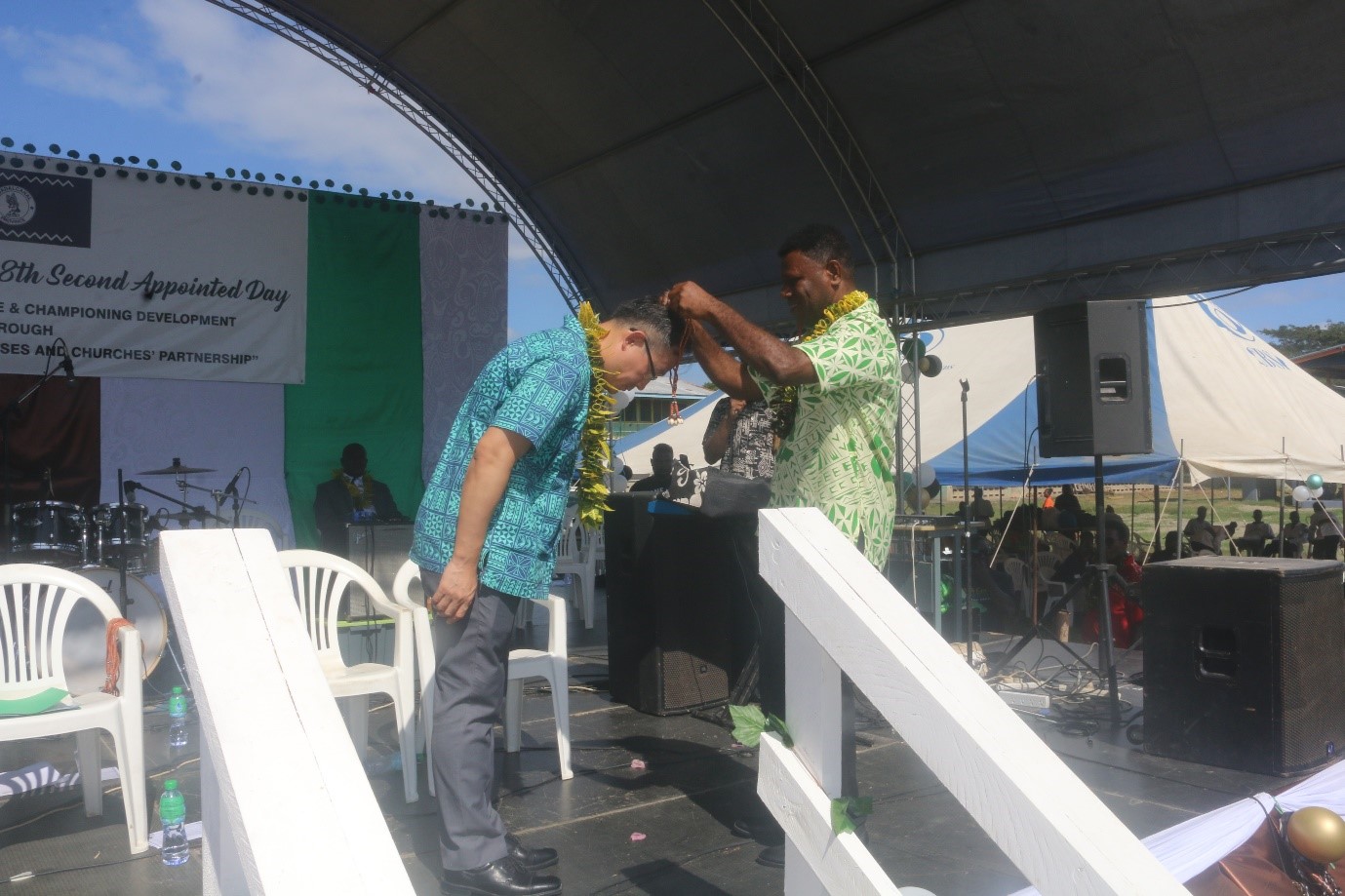 Deputy Premier for Guadalcanal Hon. Lazarus presenting a gift to His Excellency the Ambassador of Republic of China 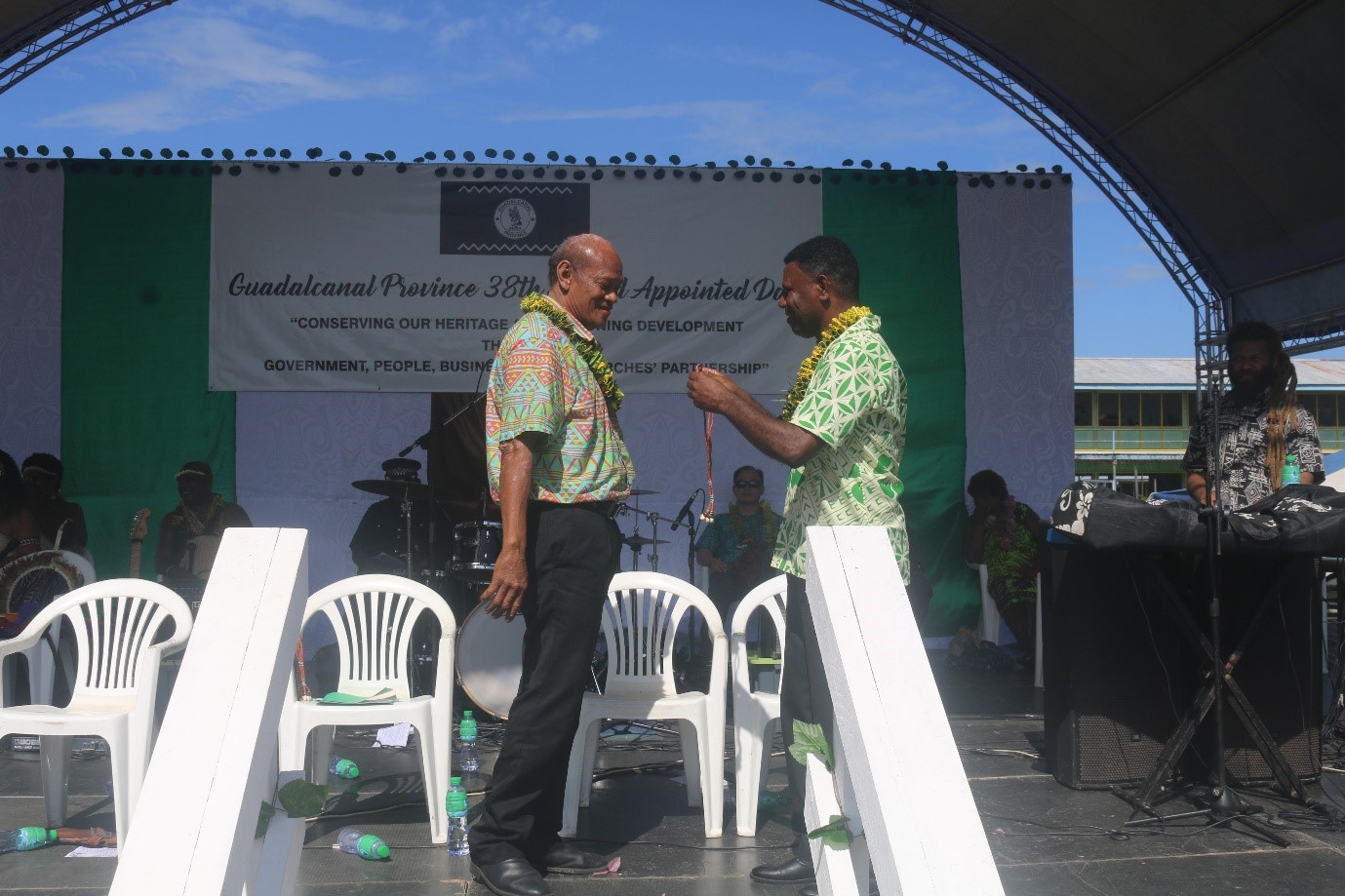 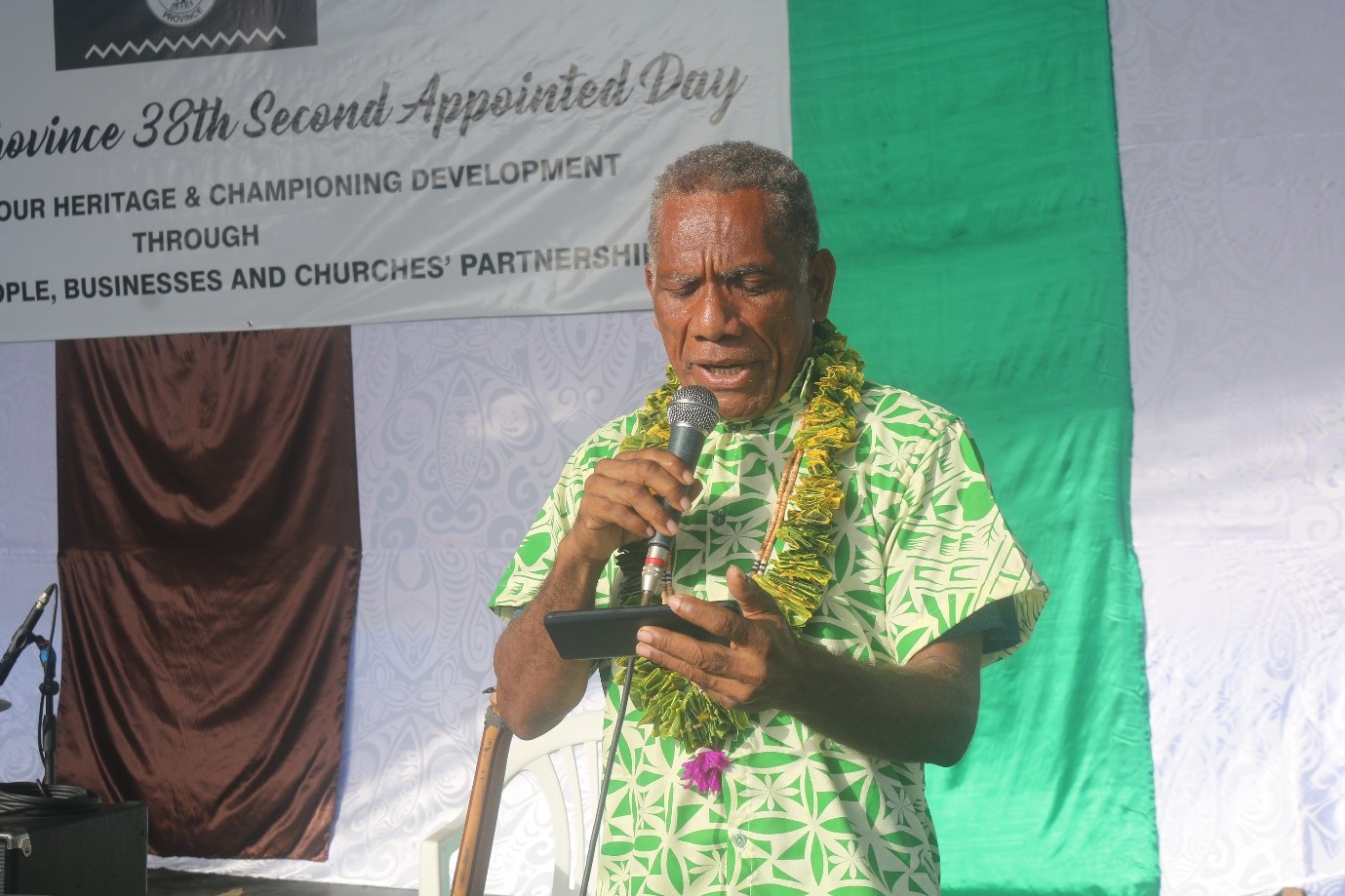 MPA for Malango Ward Hon. Keith Amosaea delivering his remarks of welcome to the Guests 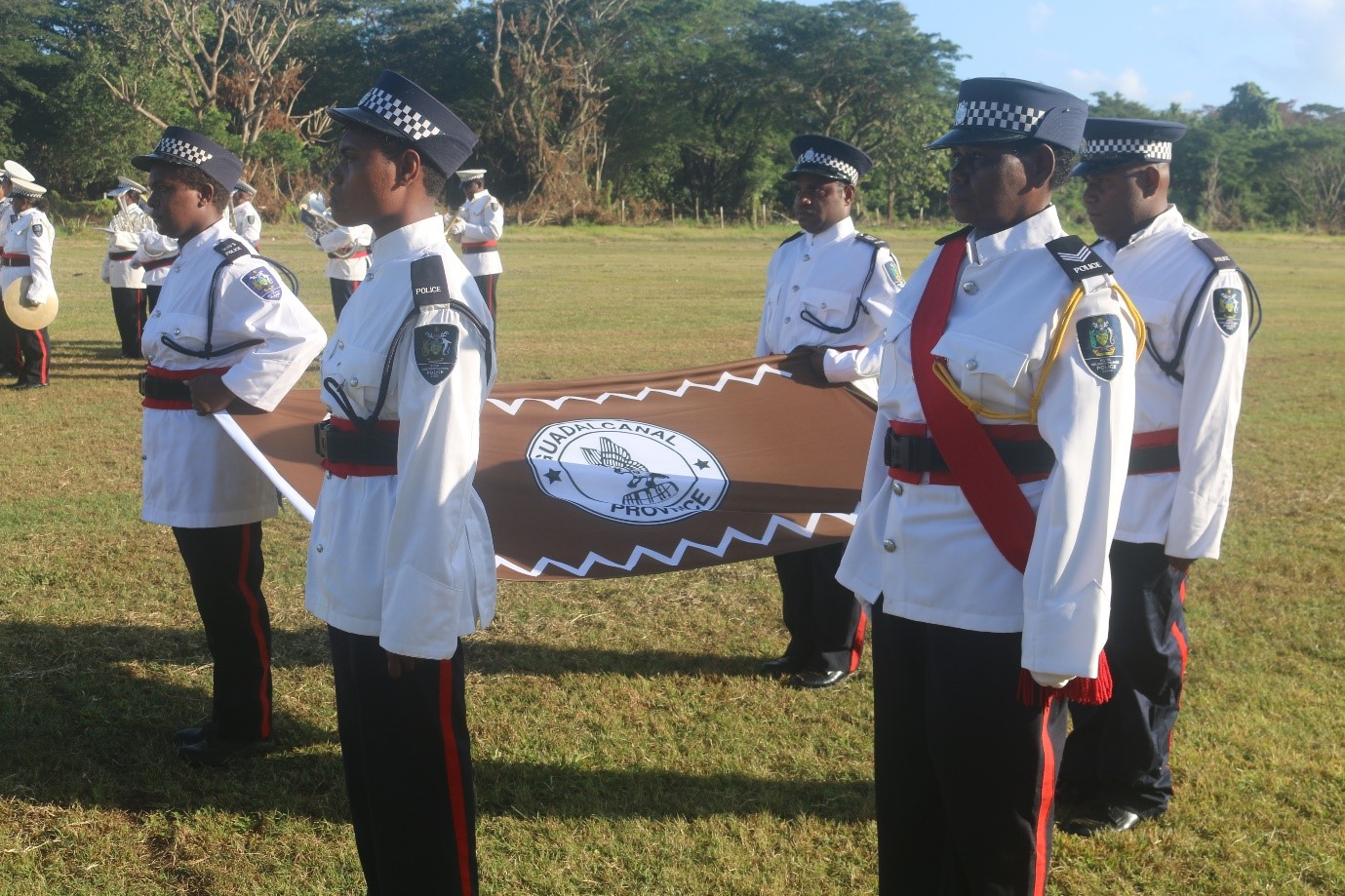 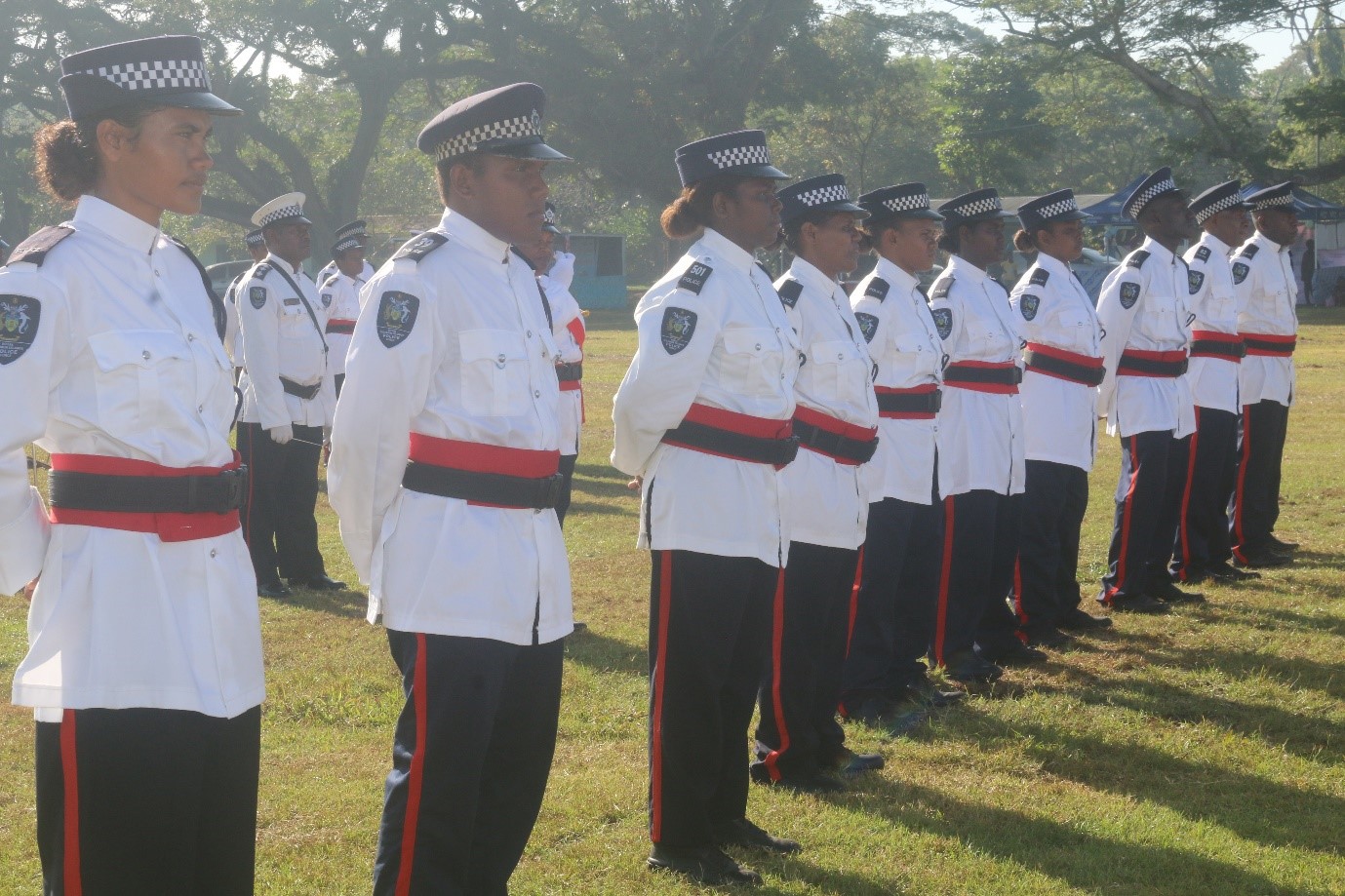 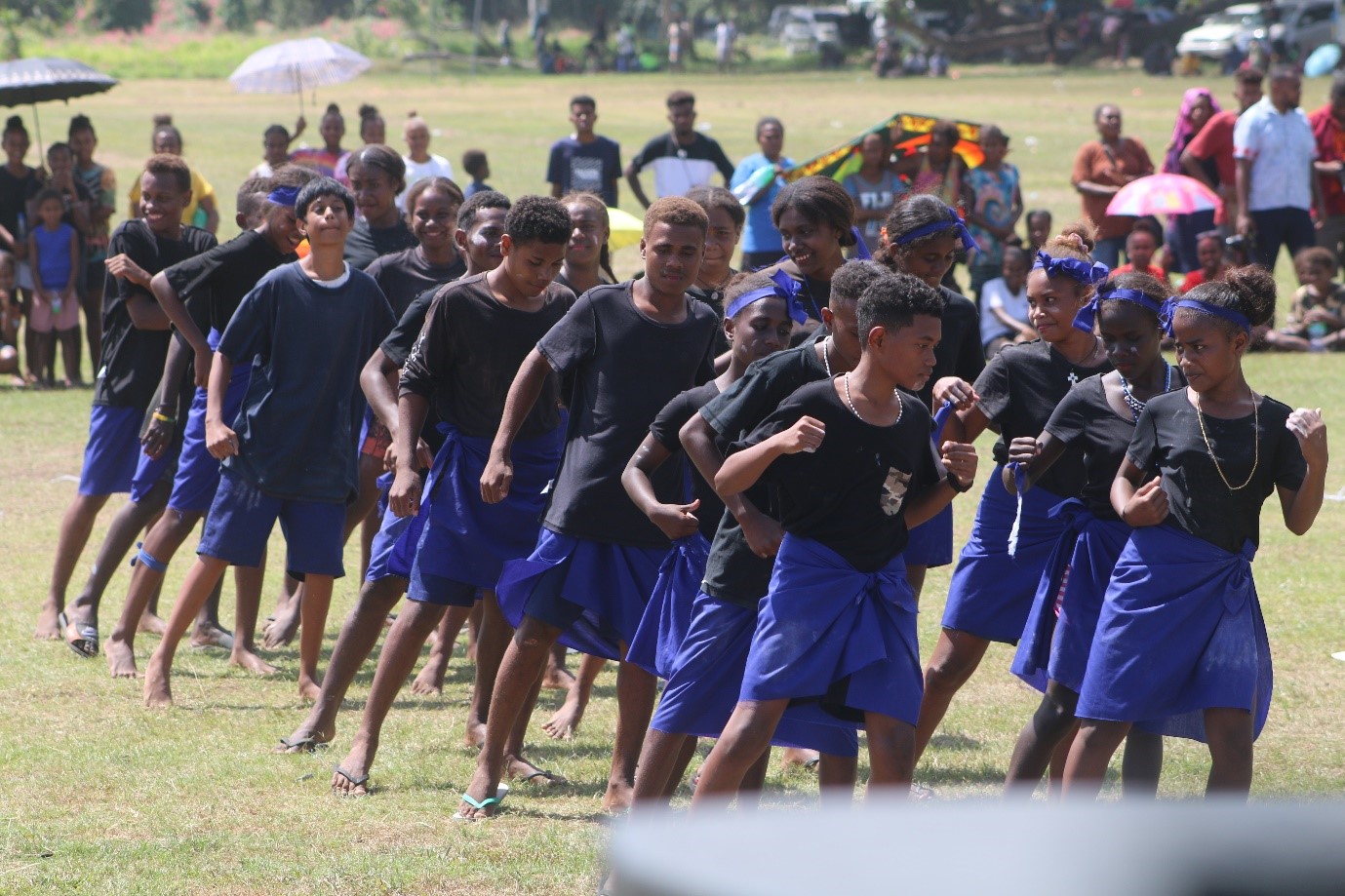 One of the Tenaru Dancing groups performing their item 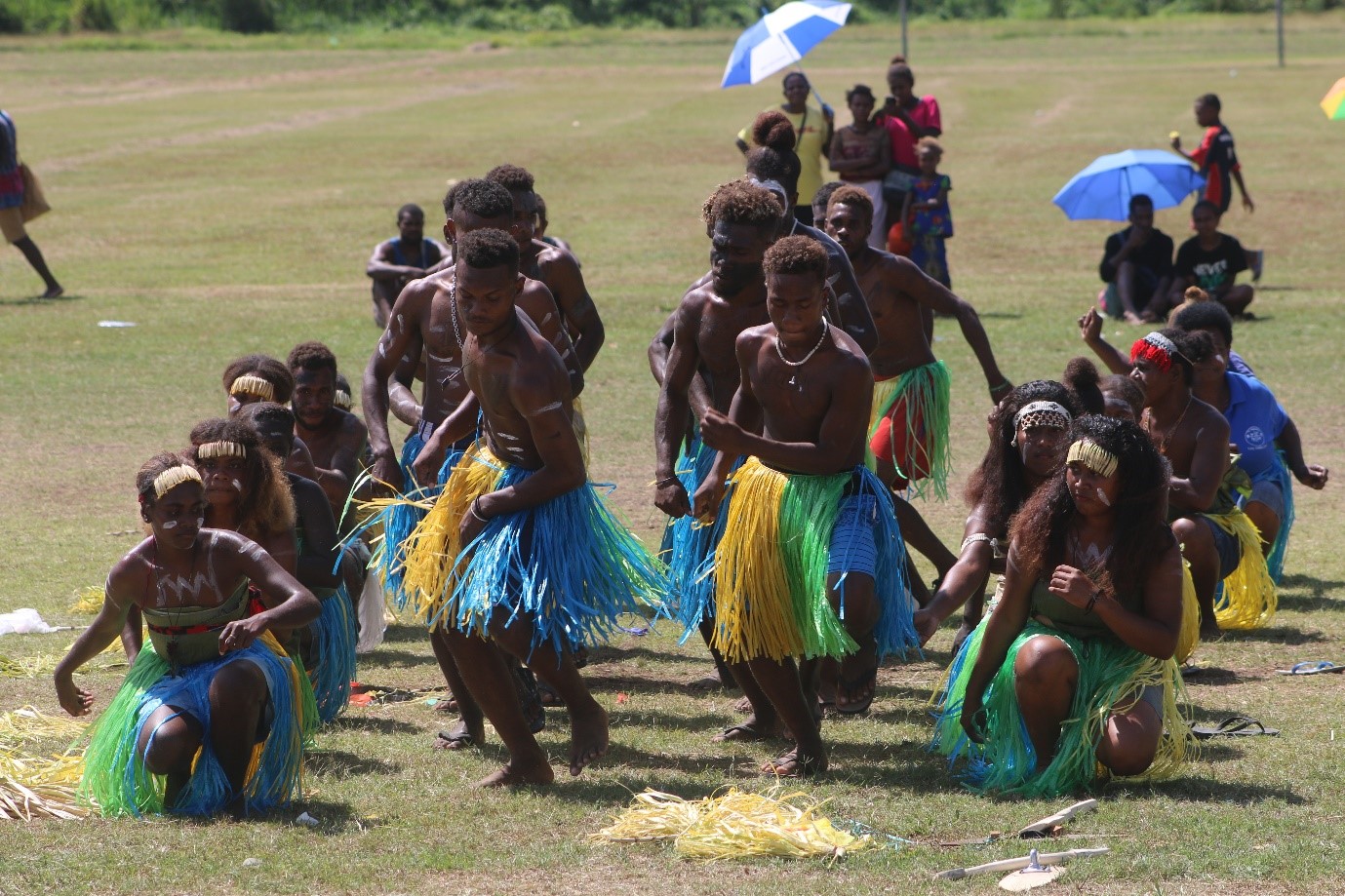 Students of St. Martin RTC putting on their entertaining item