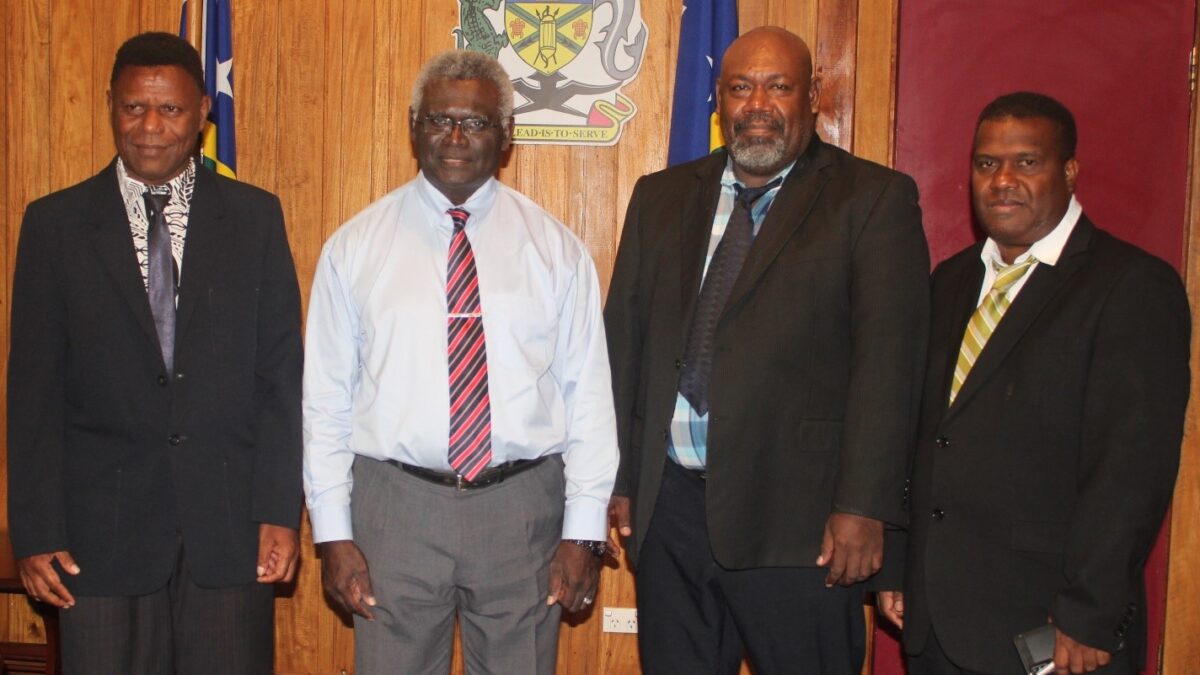 The Premier of Guadalcanal Province, Hon. Francis Sade has paid a courtesy visit to Prime Minister Manasseh Sogavare at the Office of the Prime Minister and Cabinet, on Friday 5th November.

Premier Sade’s visit was purposely to inform the Prime Minister on his government’s ongoing developments and undertakings as well as some challenges to which he has requested the assistance of the national government to address.

Hon. Sade raised a number of undertakings that his province has already rolled out and has expressed his government’s acknowledgment and appreciation of the enormous efforts and measures undertaken by the national government to keep Solomon Islands Covid-19 free.

Some of the areas Hon Sade revealed that his government is working on include the beautification works in the Henderson area to which he added is also preparatory developments towards the upcoming 2023 SP Games.

Hon. Sade also expressed his provincial government’s review of the Guadalcanal Development Authority (GDA), which is the province’s business arm and plans to revamp it.

Other areas that the Premier has also stressed includes his government’s strenuous efforts to improve its local revenue, it’s MOU with the Ministry of Mines, Energy and Rural Electrification and the Ministry of Finance and Treasury regarding Tina Hydro, as well as his government’s adamant support towards the efforts of the national government on the Covid-19 Vaccination rollout and in particular on Guadalcanal province.

In response, Hon Sogavare acknowledged the importance of the specific issues raised by the Premier and affirmed the national government’s continued support.

Hon. Sogavare assured the Premier that he will thoroughly go through the areas of concern that have been presented to him and render directives and consultations with appropriate government authorities.