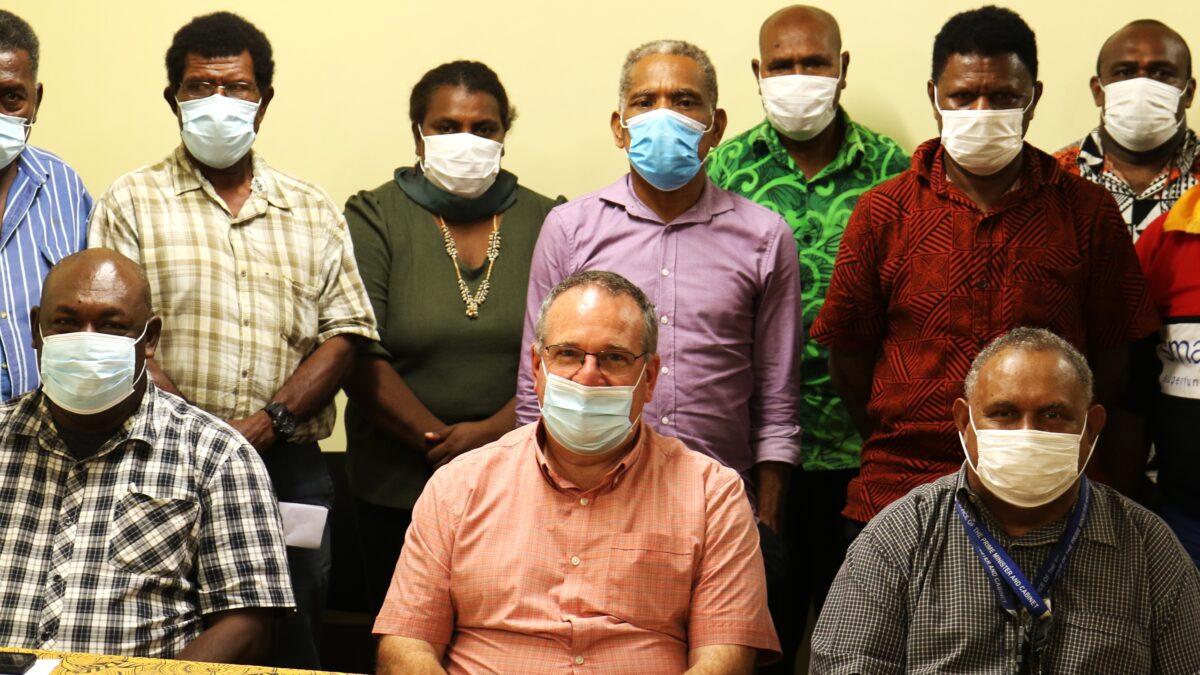 Premier Sade made this remarks on Friday at the Guadalcanal Provincial Headquarters when responding to a presentation to his Provincial Executive government, organized by the National Hosting Authority (NHA) who represent the Solomon Islands government, for the Pacific Games 2023.

Games Organising Committee CEO Mr. Peter Stewart in his overview of the games said “The 2023 Pacific Games will be the largest project to date to ever ran in the Solomon Islands and it is on a scale and scope that has never been seen previously.

“As such, it is important that I present and highlight information on how Guadalcanal Province as the Host Province of the PG 2023 can be involved because we want local people and businesses to use every opportunity and to be able to grow as a result of the Games.”

Mr. Stewart in his remarks further encouraged Guadalcanal Province and its people to grab the opportunity to be involved in the games as Host province given the comparative advantage of close proximity to the Games Venue.

“The way we are going to the market is very open because we want everybody to have an opportunity to be involved and have a chance of being able to bid on services and goods we are going to use for the Games,” Mr. Stewart said.

In hosting the Pacific Games, an enormous opportunity will be given to Solomon Islands to showcase a range of its venues.

There will also be opportunities to attract future major events and in turn be able to provide economic development to Solomon Islands.

The Guadalcanal Premier Hon. Sade thanked Mr. Stewart for his overview and said “as host province we are looking forward in supporting the PG2023 games and looking forward to working together to make it a success but most importantly as a province we would like to capture and maximize the benefits that are coming for our people.”

The Hosting of the 17th Pacific Games 2023 is a driving catalyst to the improvement of Honiara roads, and improvement to the country’s international airport as all these projects are focused on completion in time for the successful hosting of the PG 2023.

The 17th Pacific Games are scheduled to run from for the 19th of November to the 2nd of December.