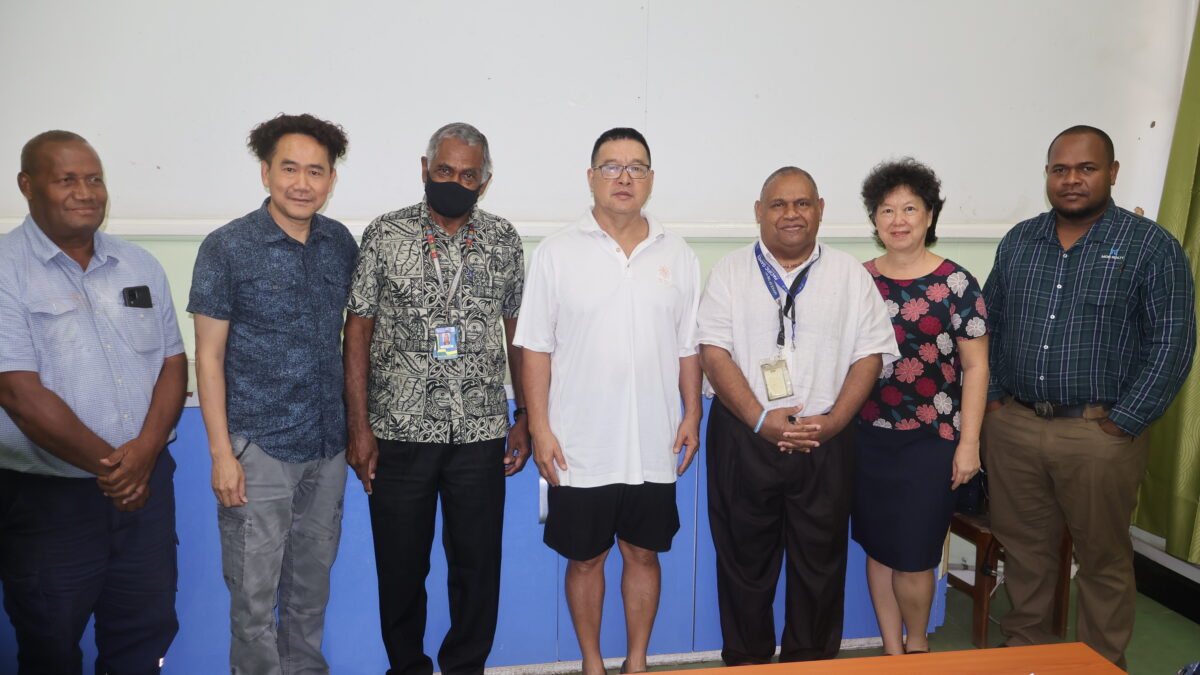 The Government Services Integration Committee (GSIC) of the Office of the Prime Minister and Cabinet (OPMC) today held a successful and productive meeting with the Chinese Association Executive.

The meeting discussed key strategic areas and activities to beautify and clean Honiara City in preparations for next year’s Pacific Games.

“The meeting is important. All Stakeholders must support the Government in the beautification and cleanup of the city. The Chinese Community is an important stakeholder and engaging with them is important. This include, general cleanup of Shops and other areas of interests,” Chair of NHA and SPM Dr Jimmie Rodgers stated.

Chairman of the Solomon Islands Chinese Association, Henry Kwan welcome the meeting and assured the Government of the association’s support to ensure PG2023 is successful.

The Chinese Executive Association will liaise with its members, informing them of the Games and key tasks and responsibilities.

“The Government will continue to engage with the Chinese Community, and other stakeholders, as we prepare for the 2023 Pacific Games,” he added.