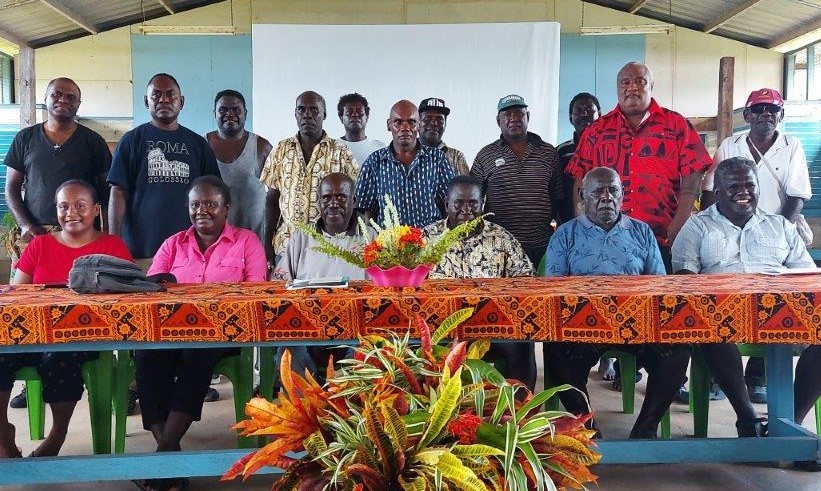 Group Photo of SIG and FAMOA TrustBoard Representatives in the Shortlands

The FAMOA TrustBoard in the Shortland Islands has given the greenlight for the development of the country’s Border Outpost project following a successful dialogue with the national government this week.

A team from the Ministry of Police, National Security and Correctional Services led by Permanent Secretary Ms Karen Galokale and the Prime Minister’s Office traveled to the Shortland Islands early this week to discuss the project with the FAMOA TrustBoard.

The meeting was to secure FAMOA’s support to allocate 20 hectares of Land to the national government to build a multi-agency border outpost including the country’s second Patrol boat base in the Shortland islands.

The FAMOA TrustBoard agreed to the Government’s request at the conclusion of the meeting Tuesday this week.

During the meeting, Officials presented a sketch of the development plan, which requires 20 hectares of land to accommodate all infrastructures and facilities.

The next steps to follow this successful dialogue is for the Government through the Ministry of Lands, Housing and Survey to provide a valuation report on the land of interest to be followed by a contractual agreement with FAMOA for the outright purchase of the land. Necessary cabinet approvals will be sought in due course.

The next important event in this process is a groundbreaking ceremony to mark the commencement of the Border Outpost Project. The Ministry of PNSCS proposes the ceremony for late April depending on the progress of preparations.

“This project will be a milestone achievement for our country in terms of national security development. Other economic developments will be triggered at the border once security is intact,” Permanent Secretary Ms Galokale said.

The Australian Government will provide funding for this national security project.