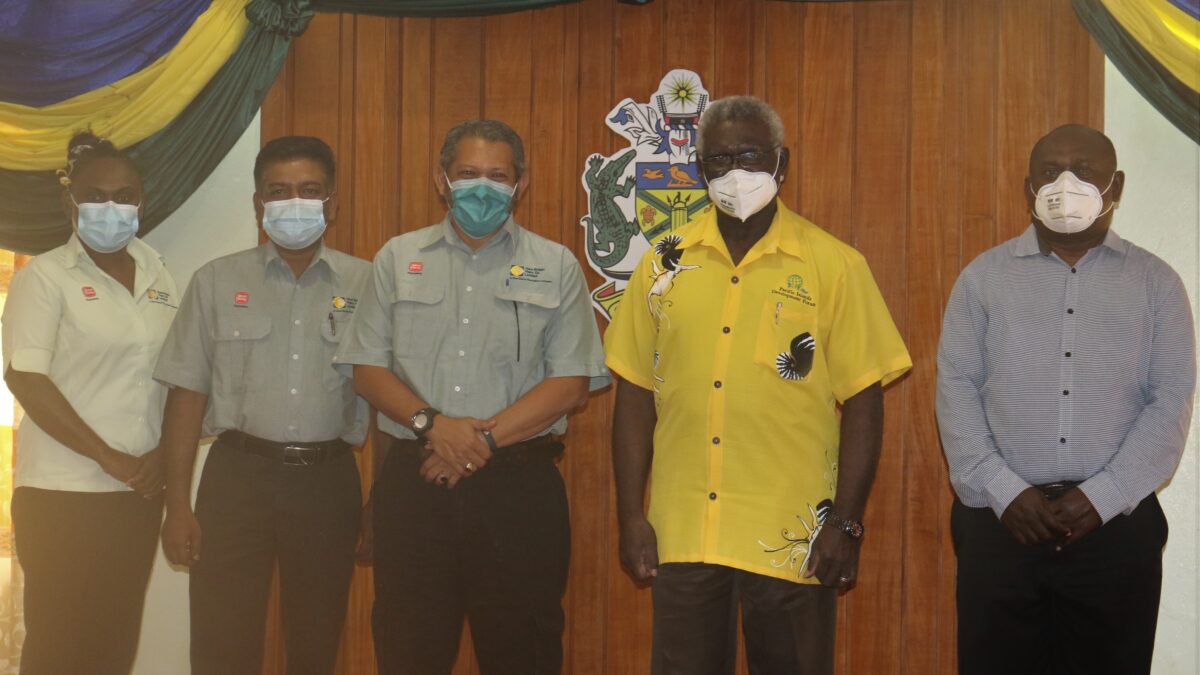 Welcoming the delegation, Prime Minister Sogavare encouraged GPPOL to expand its current operations on Guadalcanal to enable the company provide additional employment to the huge number of unskilled labor force in the country.

PM Sogavare reassured, the government’s collaboration with GPPOL on areas of commonalities will continue and look forward to seeing further expansion by the company.

He acknowledged that GPPOL is one of the country’s top and consistent revenue earner.

The Prime Minister further informed the GPPOL GM that GPPOL’s operation sits ideally within an area that can qualify as a Special Economic Zone (SEZ) once the SEZ Bill is passed by parliament.

PM Sogavare assured the GPPOL team that once the SEZ is implemented, GPPOL will stand to gain special favors from being in a designated SEZ.

In response, GM Nasir used the occasion to update the Prime Minister on GPPOL’s existing operations.

GM Nasir assured PM that GPPOL has a lot of land for expansion and that its current plantation sits on 6,500 hectares of land. The company is seriously thinking of increasing its operation and very thankful that the government has shown willingness to assist with the extension plans.

GM Nasir informed PM that the company is currently operating with one mill and will require another mill should further expansion come about.

He also briefed PM on GPPOL’s interest to venture into production of byproducts from palm oil into livestock feed, something that it is willing to collaborate with the national government to implement.

“Currently GPPOL employs 1,300 Solomon Islanders from all nine provinces and despite the short time spent in the country since my arrival, I am excited to see that resource and landowners of Guadalcanal are also benefiting very well from GPPOL’s operations,” GPPOL’s GM stated.

GM Nazir welcomes the opportunity to continue the discussion at the official level to expand its current operations and contribute further to the economic welfare of Solomon Islands.

Prime Minister Sogavare wishes the visiting team and GPPOL every success and looks forward to the continuing presence of the company in Solomon Islands.

GPPOL GM’s visit to Prime Minister Sogavare was his first since taking up  appointment five months ago.