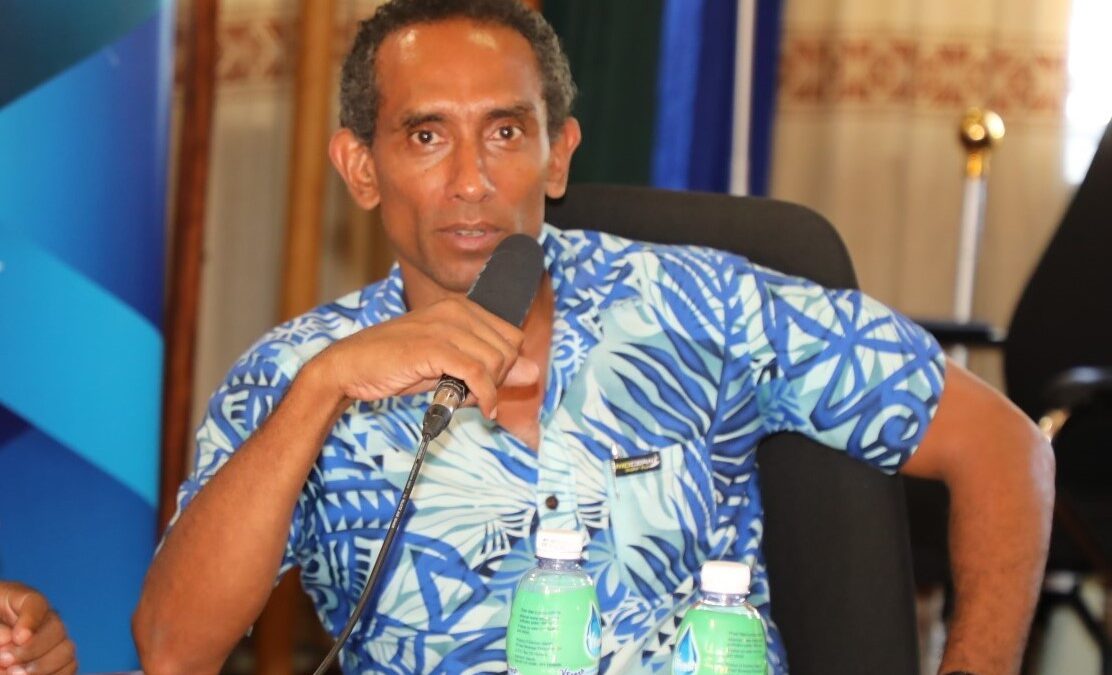 Government’s next policy objective is to eliminate and eradicate the COVID 19 within the country.

Briefly announcing the policy objective, Chief of Staff in the Office of the Prime Minister and Cabinet (OPMC), Robson Djokovic stated that there is a positive aspect in all these.

Mr. Djokovic explained that the positive aspect is that all systems and procedures put in place will now be tested.

He further added that the capacity of government which inclusive of frontline agencies and other government departments have all been rearing and planning for this eventuality and now they will be tested as well.

Mr. Djokovic stated that if we can manage, contain and thereafter eradicate and also preventing the virus from coming in, it will be a testimony to the frontline officials and all government agencies that have been working tirelessly around the clock to protect and safeguard the people and country.

As far as COVID 19 is concerned, government’s primary policy objective now is to prevent the spreading of the virus.

Initially the policy objective was to prevent COVID 19 from entering the country but that has changed following the identification of a positive case last weekend.

The Chief of Staff, Robson Djokovic reiterated that the two overarching policy objectives of the government are, sustaining the economy and preventing COVID 19 from spreading.

About COVID 19, Mr. Djokovic stated that all measures, protocols and responses that have been put in place for the past months are now being activated.

Mr. Djokovic also revealed that the measures going to be decided by cabinet this week would be announced and implemented progressively over the coming days and weeks while the situation is closely monitored by Ministry of Health and Medical Services and front line teams.

Mr. Djokovic further added that government would do everything in its power to prevent the virus from spreading out beyond the quarantine sites.

Mr. Djokovic also emphasized that there is no requirement of any lockdown and any other extreme measures in place at this stage.

Meanwhile in the coming days responsible government authorities will reactivate and beef up the call for people to abide by personal hygiene rules such as coughing in elbows, keeping two meters apart or social distancing and so forth.

Everyone should take it upon themselves to adhere and implement these rules as part of the measures to stop the spreading of the virus.

In the structure of the Prime Minister’s Office, the Chief of Staff is the head of the Policy Implementation, Monitoring and Evaluation Unit (PIMEU). He has the privilege to update Prime Minister on the progress of implementation of government’s policies.

As indicated by its name, PIMEU is responsible for the formulation and implementation of the government’s policies.

In light of the current pandemic situation, government is understandably on the process of redirecting its policies.