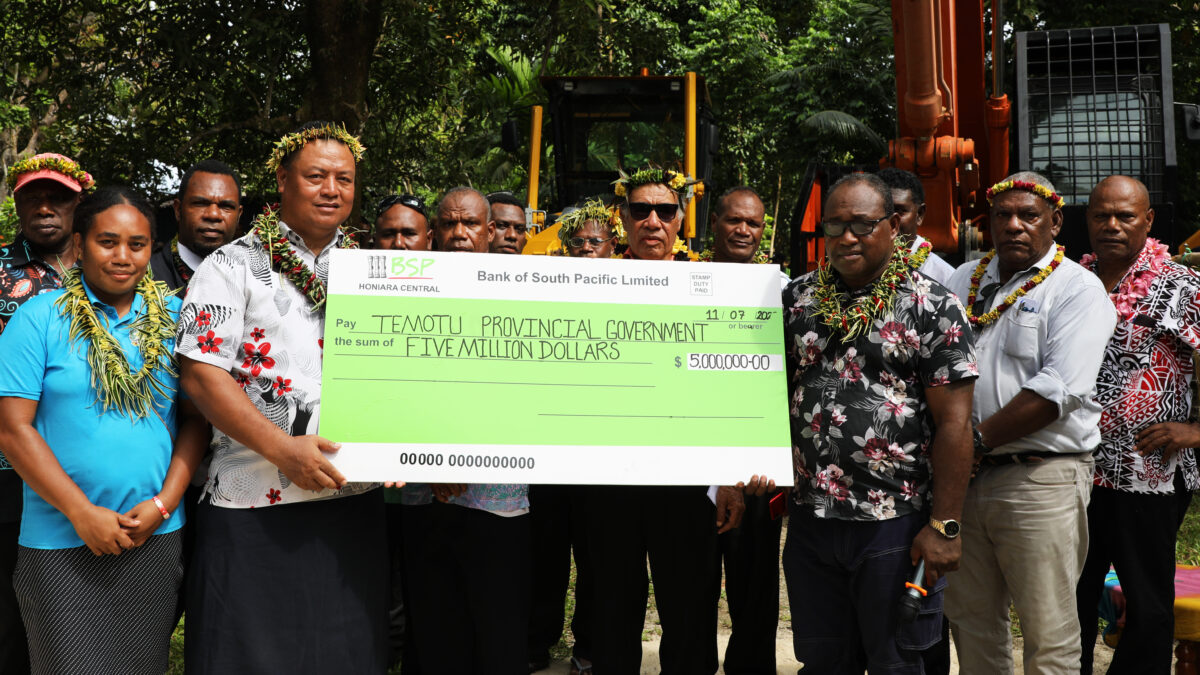 Premier of Temotu and his Provincial Executive receives the $5 million symbolic cheque from Acting Prime Minister and Minister of Infrastructure Development (MID) Manasseh Maelanga and his Permanent Secretary Stephen Maesiola.

The Democratic Coalition Government for Advancement (DCGA) has handed over a 5 million cheque to the Temotu Provincial Government (TPG) for the purchase of a new ship for the province.

The handing over took place during the ground breaking ceremony to mark the commencement of the construction work on the Lomlom coastal ring-road in the Reef Islands on Monday 11th July 2022.

The shipping grant was in response to a request by the Provincial Government of Temotu through the Prime Minister when he visited the Province in 2021 during its Second Appointed Day Celebrations.

The vessel is anticipated to be delivered by December this year.

Speaking during the handing over juncture, Acting Prime Minister Manasseh Maelanga on behalf of DCGA appreciated the Premier of Temotu and his Executive for their continuous support towards the DCGA government policies and programs.

“The government in its appreciation for your support has allocated $5 million dollars to purchase a vessel for your province. The funds are being processed and should be transferred into your account this week. 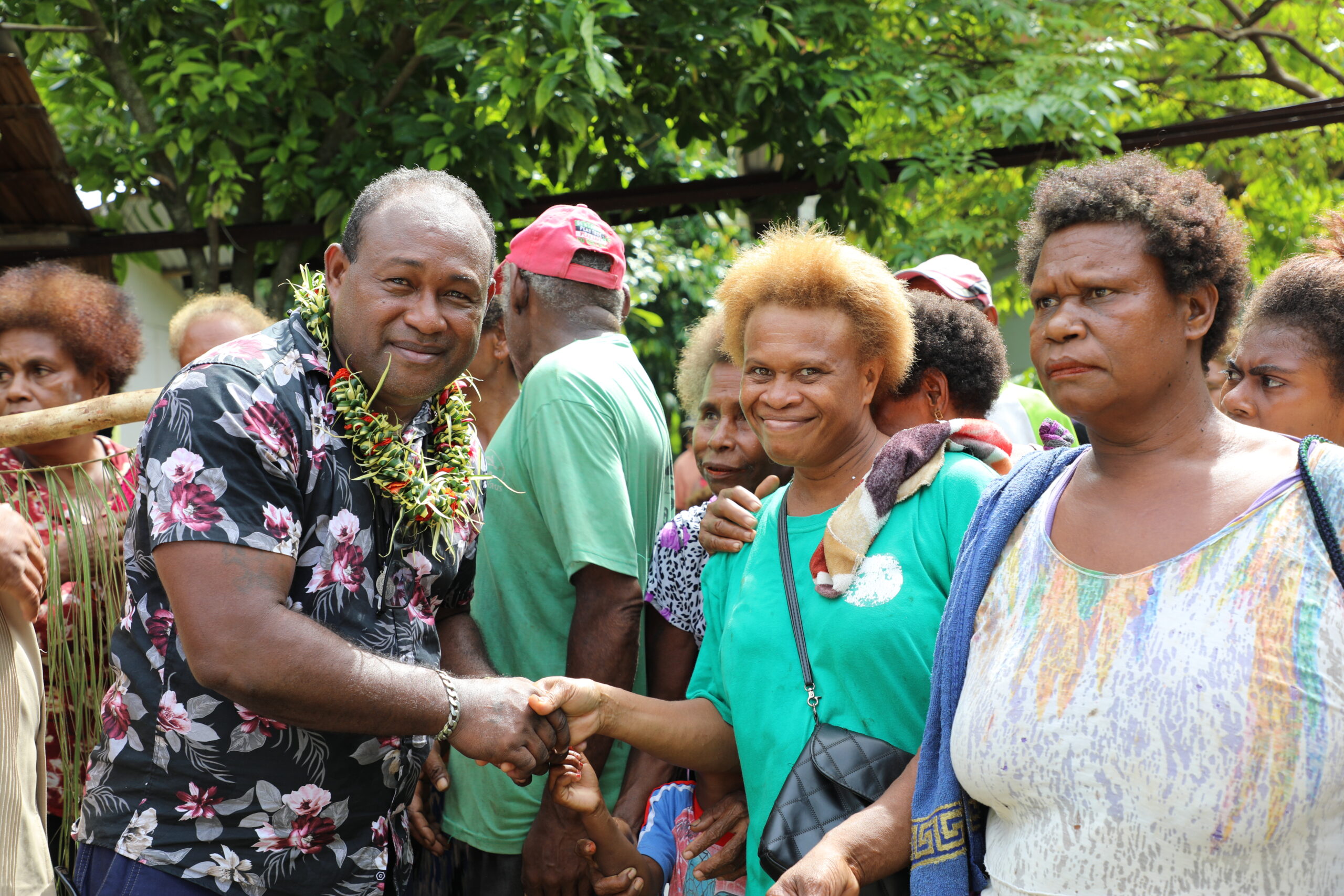 “Hon. Premier the cries of your people has now been addressed. However, I would like to appeal to our good people of Temotu Province that owning a ship does not mean that you cannot pay your fares and freights. It is through your understanding and cooperation that this vessel will serve the people of this province for a long period of time,” Acting PM Maelanga emphasized.

Meanwhile, Temotu Premier Clay Forau on behalf of his Executive and the people of Temotu Province thanked the government for recognising their transportation need and for making available the $5 million for the province to purchase the vessel.

“The only way to connect us to Honiara is we must have a ship and I must acknowledge the DCGA for the generous $5 million funding support.”

Premier Forau also assures the Acting Prime Minister that his government and the people of Temotu will continue to render their support towards the DCGA development initiatives and policies.

People from the Reef Islands who were present during the handover also expressed their appreciation to the DCGA for answering their cries. They assured the Premier that they will support this new ship for the province by contributing to its operations.