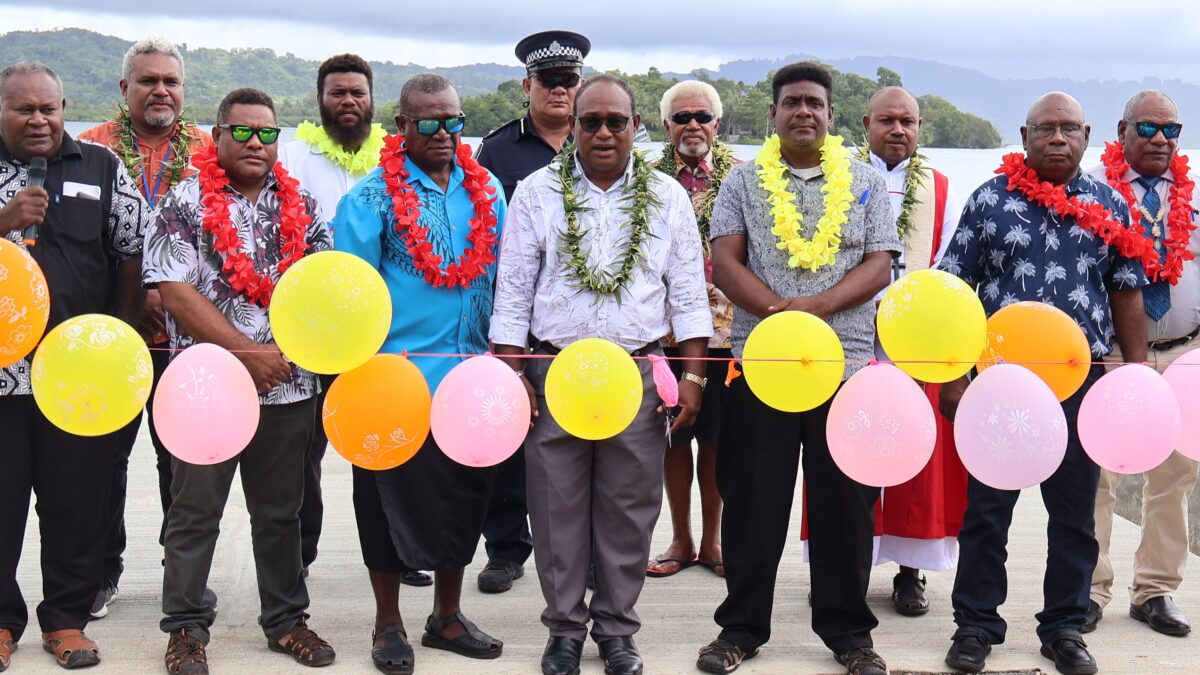 The National government today handed over a 10.5 million dollars climate resilient wharf and ramp infrastructure to one of the small provinces in the country, Central Islands Province.

“Today’s event demonstrates the Government’s strong commitment to build a robust and resilient network of infrastructure across the country. I am happy to announce that the wharf including the ramp and the shed represent an investment of around 10.5 million dollars,” the Acting Prime Minister stated.

He said, the wharf will support the people of Tulagi and the surrounding communities with easy loading and unloading of goods and produce and create safer boarding platform for the local travelers and other visitors. 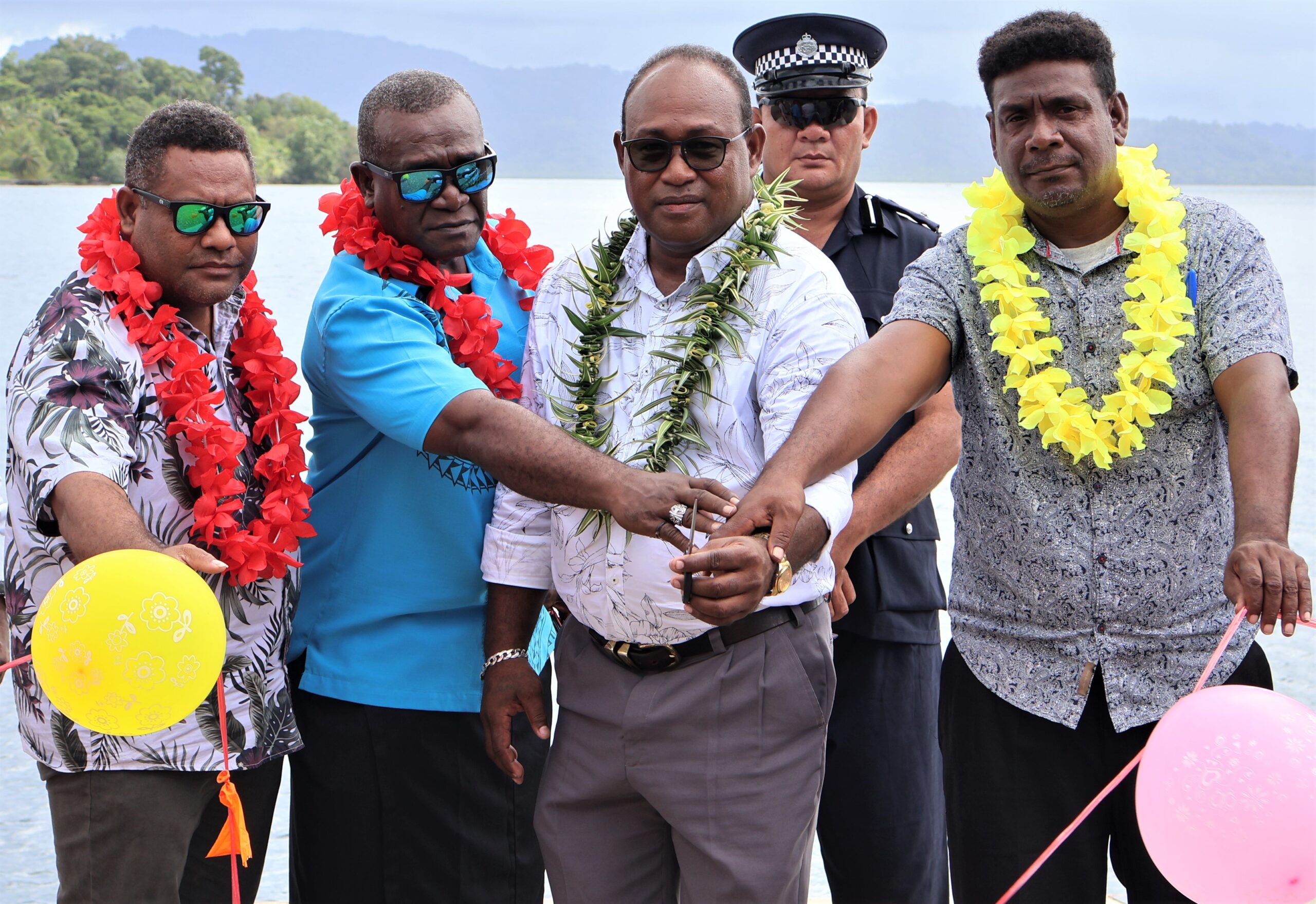 Ribbon cutting of the new wharf

The Government is very confident that this new wharf will also open up more business opportunities to the island as bigger vessels can come in and out of the province to contribute to our local economy.

The acting Prime Minister attributed the successful project hand over to the strong partnership between the National Government, Provincial Government, Landowners and contractor.

“Today’s event is a testament of a successful partnership between all stakeholders including the national and provincial governments, communities and the contractor. Everyone has contributed to this successful project, which is fully funded by the Government.”

Infrastructure such as roads, bridges, wharves and airports are enablers to economic development. These are projects that our people can see, feel and touch. The government trusts that the wharf will boost the Central Islands Province economic activity and contribute to the transformation of the lives of our people of Tulagi and surrounding communities.

Today’s event would not have been possible without the steadfast commitment of the national government in ensuring that this project gets to where it is despite the many challenges faced along the way as a nation. The riot and looting of business and destruction of properties in November 2021 represent a $227 million loss to the local economy. The loss to the local economy caused by the COVID-19 pandemic community transmission is also substantial. 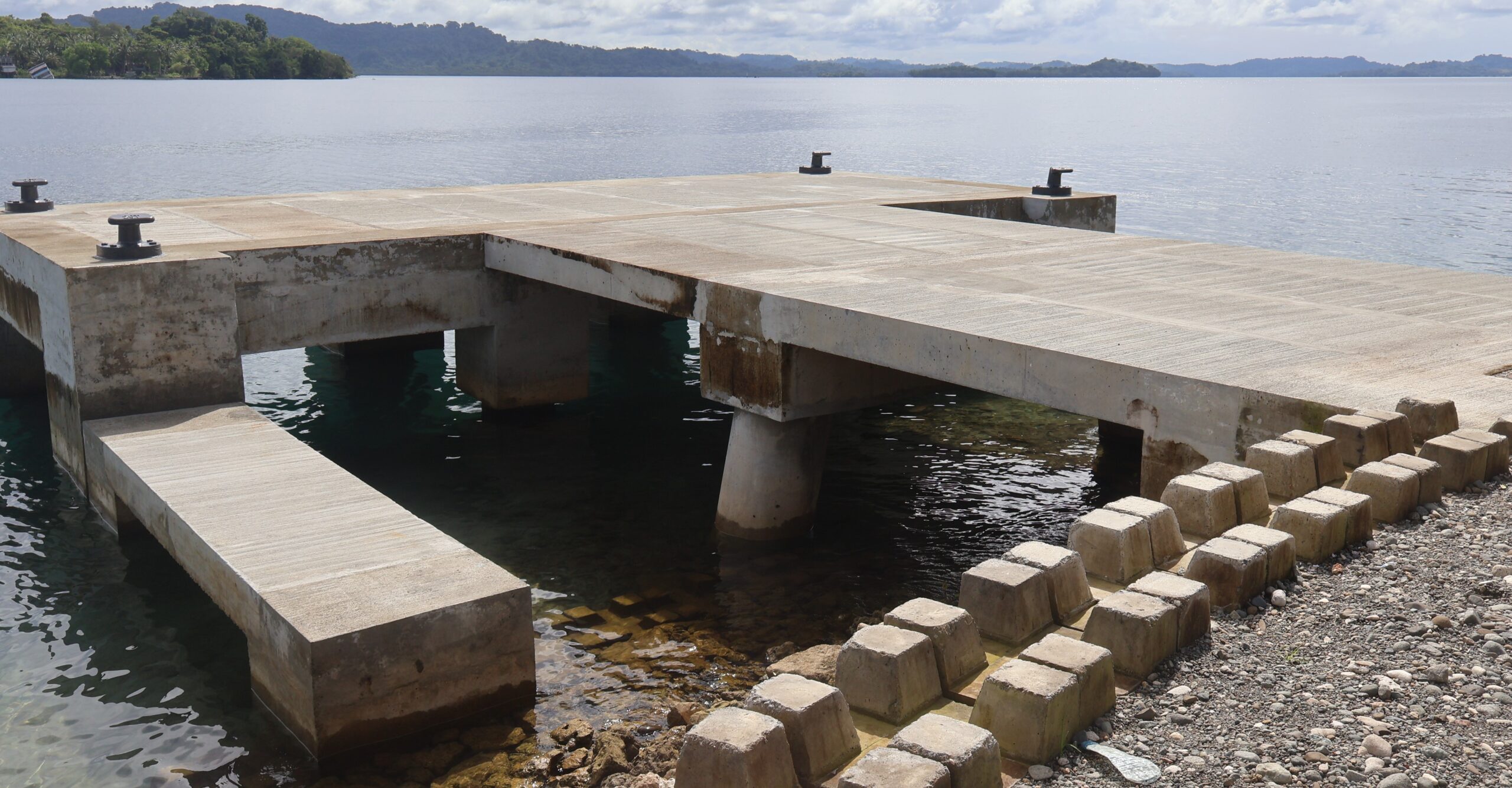 The Acting Prime Minister adds, over the years, the onslaught of natural disasters has increased both in frequency and intensity. The only rational choice for the government is to build for resilience……..“This wharf is a testament of the government’s commitment to build a climate resilient infrastructure.”

PM Maelanga said, government assistance does not stop on the wharf infrastructure… “Let me also use this opportunity to inform you that the work on the Tulagi ring road will soon begin. An investment of $3.6 million has been allocated for this project. Our engineers will mobilize next month to carryout scoping works and assessments before actual work begins.”

The Government has steadily and will continue to deliver infrastructure projects that continues to connect the country and establish a strong foundation for a robust economy.

The Central Islands Provincial Government is particularly pleased with the new infrastructure handover.

Premier, Hon. Polycarp Galaigu conveyed his executive’s gratitude to the National Government for funding the infrastructure…. “the wharf and ramp is the first to be owned by the provincial government. Such infrastructure are critical economic infrastructure to the growth of the rural sectoral enterprises on Tulagi and the communities around the Province.”