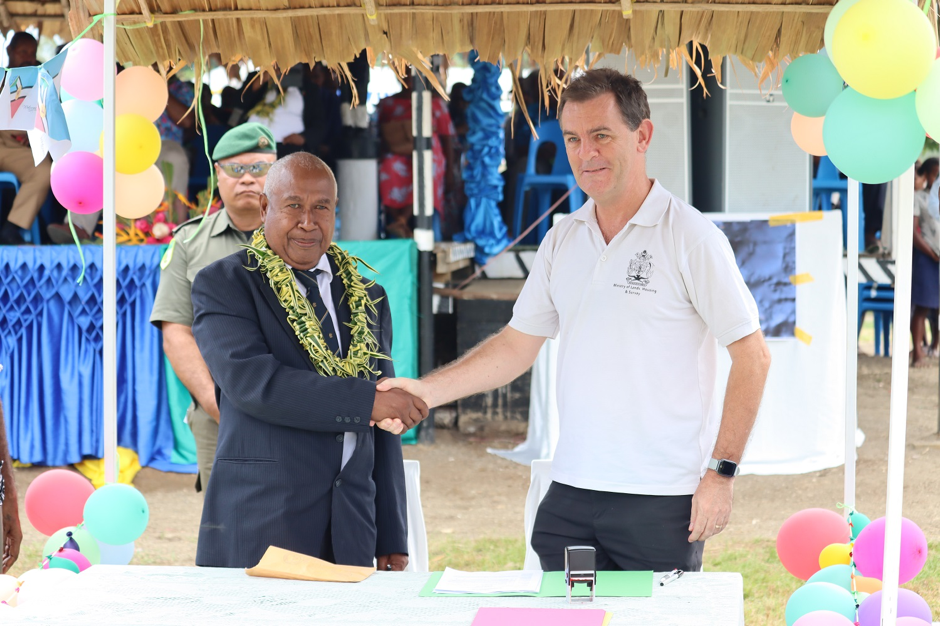 The National Government through the Commissioner of Lands has transferred 97 Perpetual Estates to Makira Ulawa Province during a historic ceremony at Kirakira recently.

The transfer ceremony was a fulfillment of the Government’s commitment to assist Provincial Governments to decide on their own development pathway without going through stringent processes to access land.

The Lands Board on 12 December 2017 considered an application from the Makira/Ulawa Provincial government, requesting the Board to transfer Perpetual Estates in accordance with the Devolution Order No.3 of 1995. 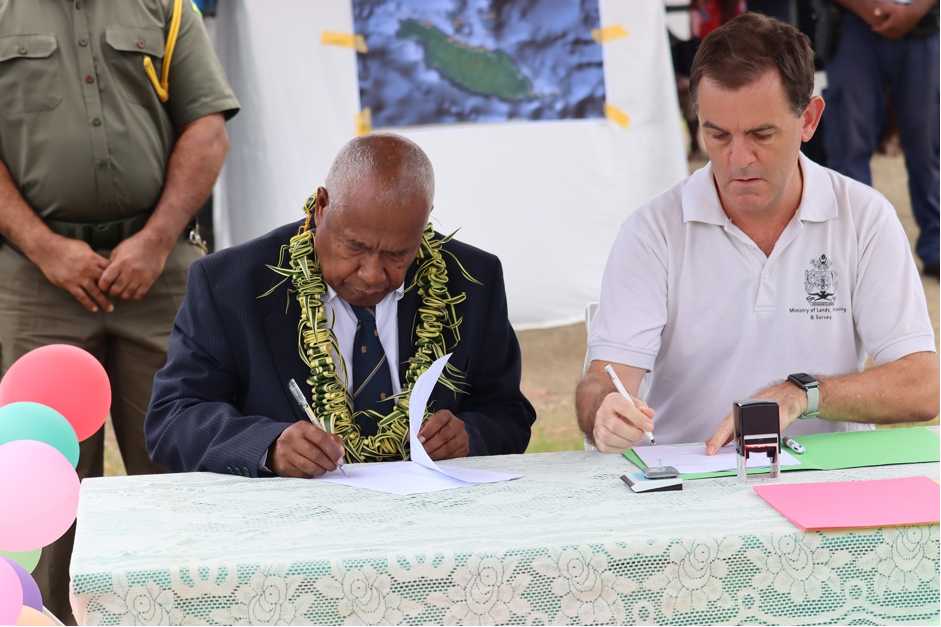 It took some time and focus for the Ministry of Lands to prepare to implement the Land Board’s decision of some three and a half years ago. It emerged that the list of parcel numbers had changed over time, with some parcels having been subdivided repeatedly, and some parcels in the list had already been transferred in the past. A final and accurate list was determined just a couple of weeks ago.

The land being transferred now includes the whole of Kirakira Township, as well as lands at Ngorangora, Pamua, Waimasi, Faghani, Namuga, Ghupuna, Malaulalo, Alangaula, and Moli on Ulawa Island. In total there, are 97 Perpetual Estates being transferred.

“I trust the Premier and his Assembly will manage these lands well and in the best interests of the people of your Province, with an eye on the future development for generations to come. Please ensure that you carry out due diligence in assessing potential lessees, that they have the financial capacity and local support to carry out their development projects, otherwise these lands could continue to lie idle for years to come,” Prime Minister Sogavare said when he celebrated the Makira Ulawa 2nd Appointed Day recently.

“Please continue to consult with the National Government to help identify the best ways to utilise these lands in the best interests of your people,” Sogavare added.

The Prime Minister thanked the Commissioner of Lands for his hard work and commitment to ensure that this transfer happened.