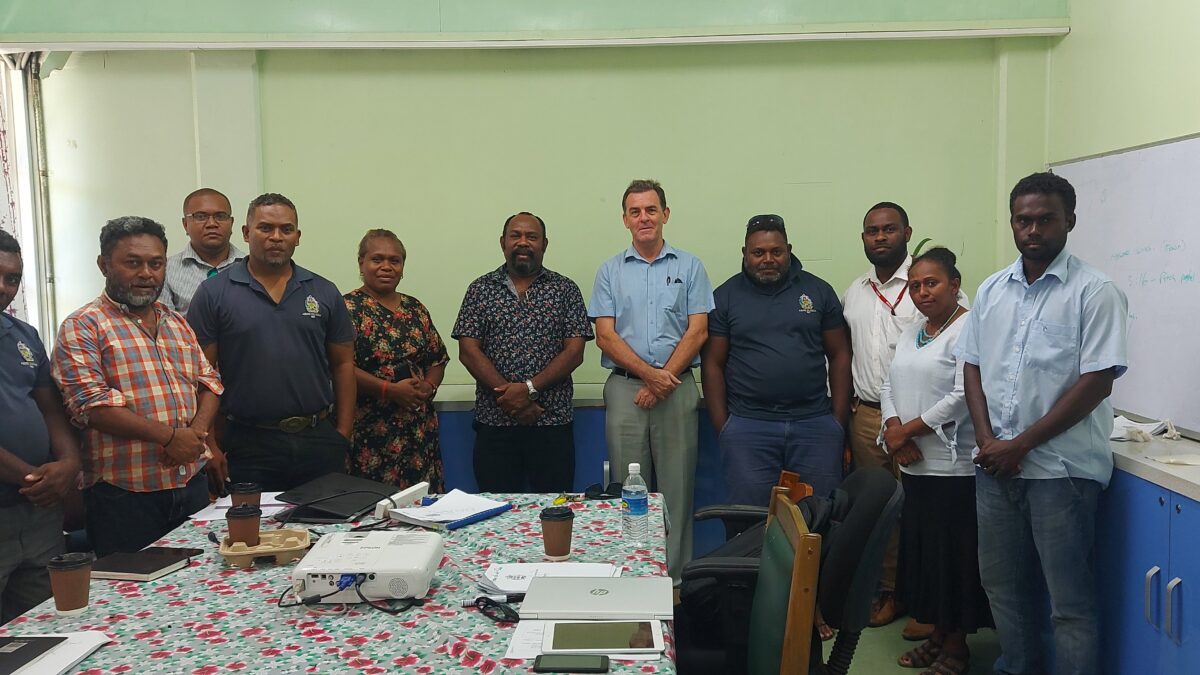 Consultations on the NBCSI took place at the OPMC today

THE National Government is currently in the process of implementing a National Building Code for Solomon Islands.

The Ministry of Infrastructure Development (MID) is taking the lead in this process.

A Government statement today said the ‘National  Building  Code  for  Solomon  Islands’(and  its accompanying document the ‘Home Building Manual’) was originally created and published in 1990.

The statement says the 1990 version of the NBC was never legislated however both 1990 versions of the NBC and the HBM became, and remain to this day, important hard copy references for the country’s construction industry.

It is anticipated that the NBCB will be passed by Parliament by the end of this year.

“Stakeholder feedback is an essential aspect of legislating the proposed building code under the proposed NBCA-2021,” the statement said.

The statement says the overall objective of the Code is to ensure that acceptable standards of structural sufficiency, fire safety, health and amenity, are maintained for the benefit of the community now and in the future.