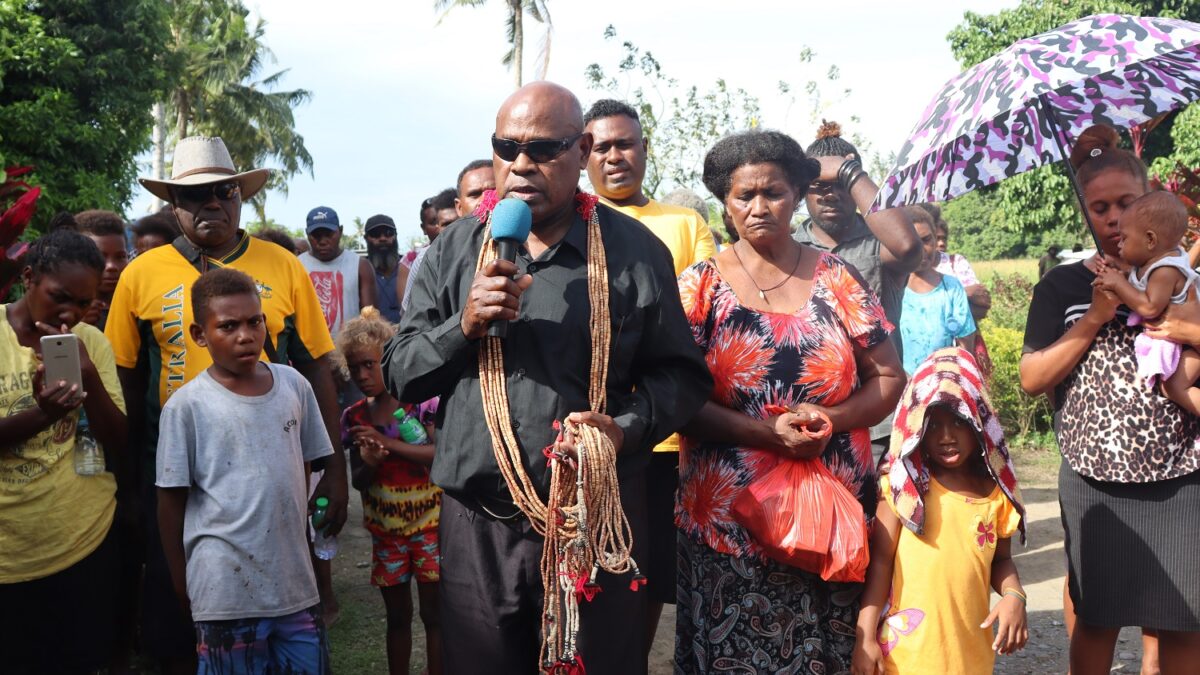 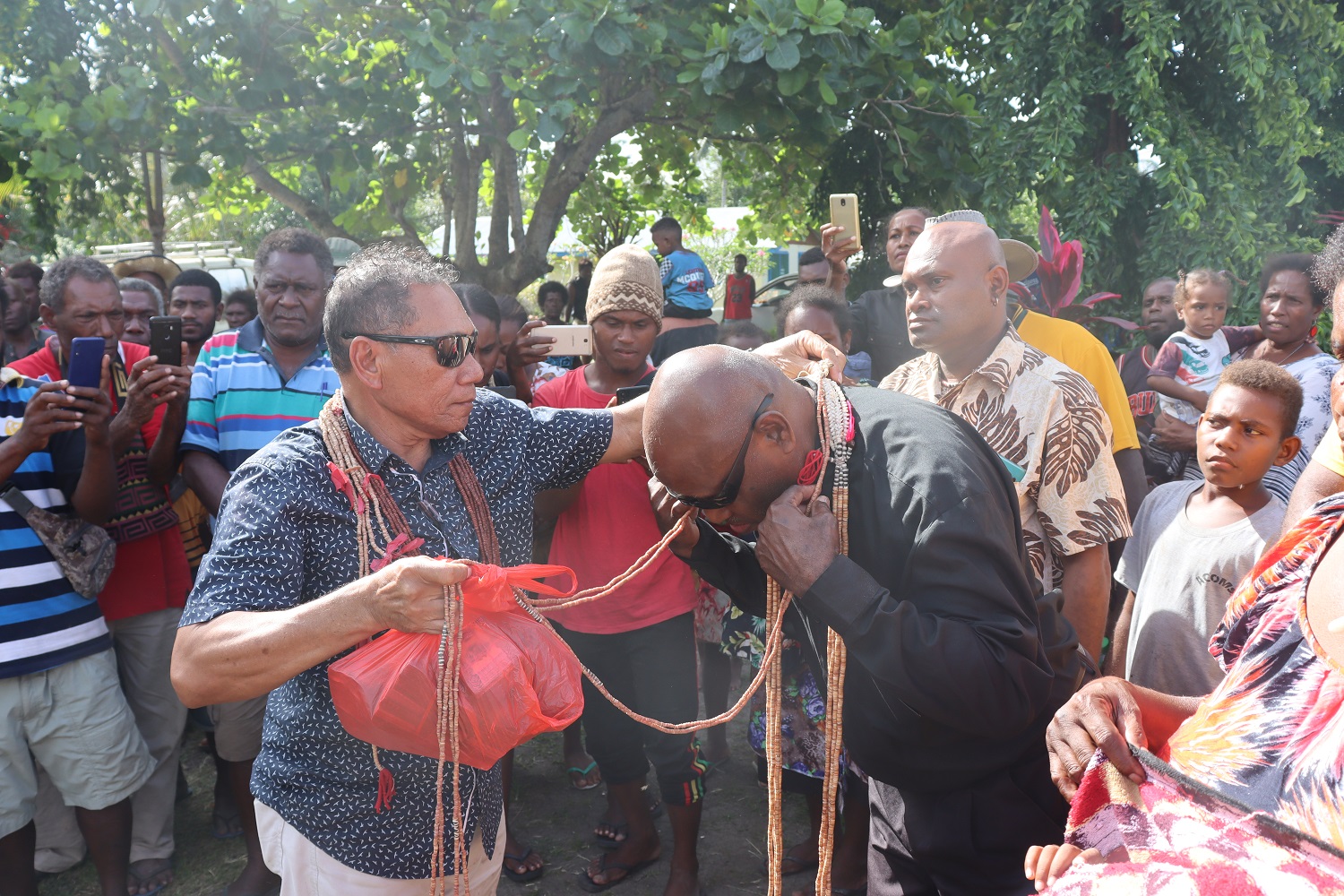 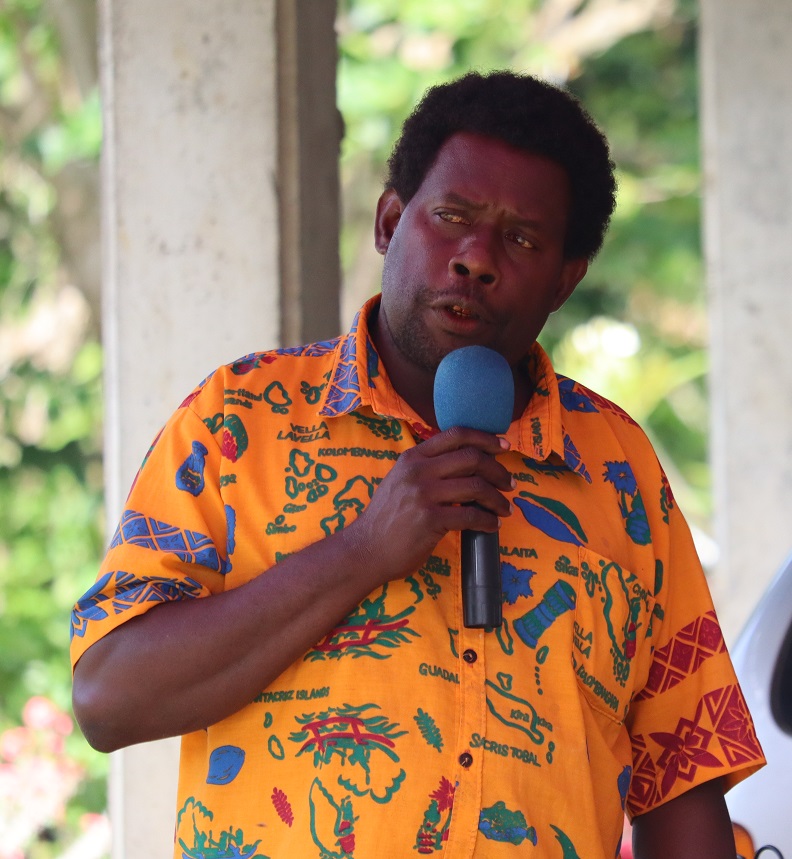 Guadalcanal Peace and Reconciliation Officer Willie Maniesu at the ceremony

A moving reconciliation ceremony initiated by the Member of Parliament for Central Guadalcanal Hon. Peter Shanel Agovaka to restore peace between tribal families after the death of young man in a horrific accident in July this year was applauded by the National Government.

The reconciliation ceremony at Horabau Village at Tetere in the Guadalcanal Plains was mediated by the Ministry of Traditional Governance, Peace and Ecclesiastical Affairs and the Guadalcanal Provincial Peace Office in the presence of tribal members of the parties involved on Wednesday 15 September.

Speaking during the ceremony, Hon. Agovaka told the parents, relatives and tribal members of the victim that his tribe, whom the driver came from in Central Guadalcanal were truly sorry for causing the death of young man who has more to contribute to his family, tribe and Province.

Hon Agovaka said the reconciliation ceremony which involved the traditional Guadalcanal Chupu ceremony is the only way forward to maintain peace amongst the families and relatives of the two tribal parties.

“Peace is the only way forward that allows all of us to move freely within our communities and enjoy our existence as people and that is why it is important to reconcile our ill feelings and to live peacefully together,” Agovaka said.

The Father of the deceased person, Alfred Maeke and his family accepted the Chupu ceremony and expressed appreciation for the gesture of remorse expressed by Hon. Agovaka and his people.

“We were sad indeed by the loss of our son but through God’s grace and love for us all, he has shown us the power of forgiveness to make us live in peace and love as brothers and sisters from Guadalcanal,” Maeke said.

Also speaking at the ceremony on behalf of the National Government was Willie Maniesu, the Chief Peace and Reconciliation officer from the Guadalcanal Peace office who said he was heartened by the gesture of saying sorry and acceptance by leaders of the two parties.

Mr Maniesu said the National Government has mandated the Ministry of Traditional Governance, Peace and Ecclesiastical Affairs to ensure Peace is developed and sustained in Solomon Islands.

“I on behalf of the Ministry and the Government acknowledged the acceptance and understanding between the two parties and we are very happy to see that culture, custom and the law has been respected,” Maniesu said.

He said culture and custom has played a very important role in our country in settling disputes in the absence of legislation that provides of compensation for deaths caused by accidents or murder incidents.

Maniesu said the Ministry will strive to ensure a legislation is in place to address peace building efforts in the country.