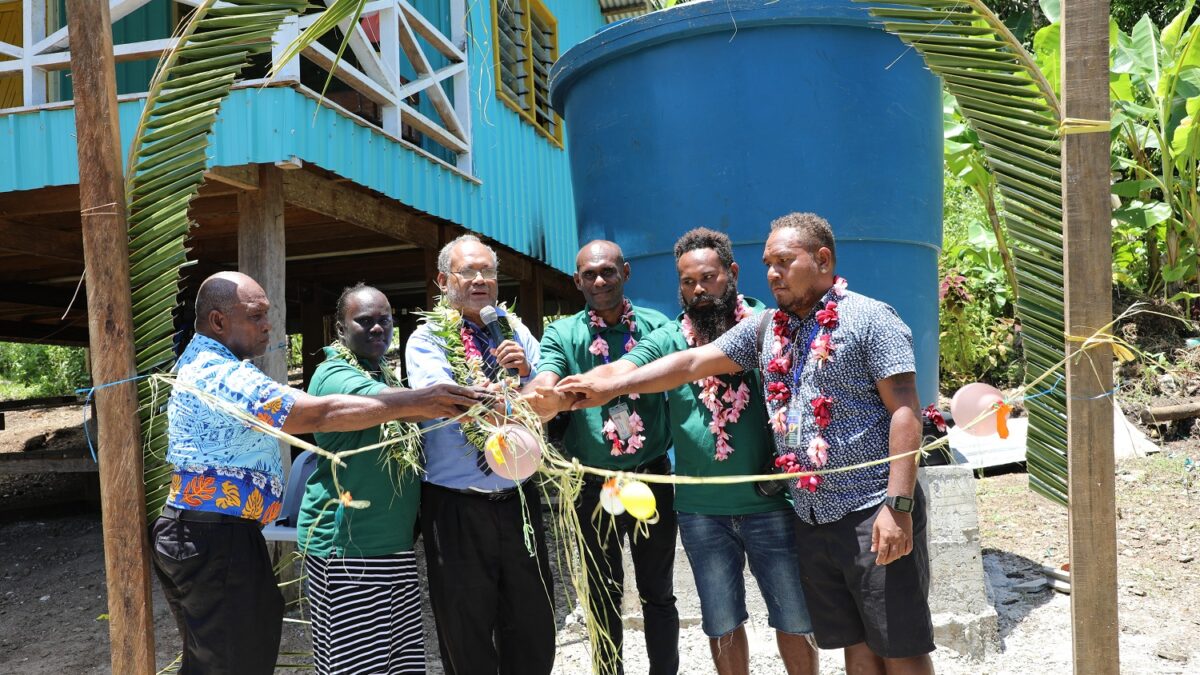 The national government through Gao-Bugotu Constituency (GBC) office has been commended for its firm commitment and continuous support towards development of important health infrastructure’s in the constituency, Isabel Province.

Member of Parliament for GBC Honourable Samuel Manetoali who is also the Minister for the Ministry of Traditional Governance, Peace and Ecclesiastical Affairs (MTGPEA) officiated the handing over program.

The staff house project was implemented through Public-Private Partnership (PPP) by the government through GBC in partnership with Vulavu and its surrounding communities.

Vulavu clinic serves a population of more than 3000 people within its catchment area. 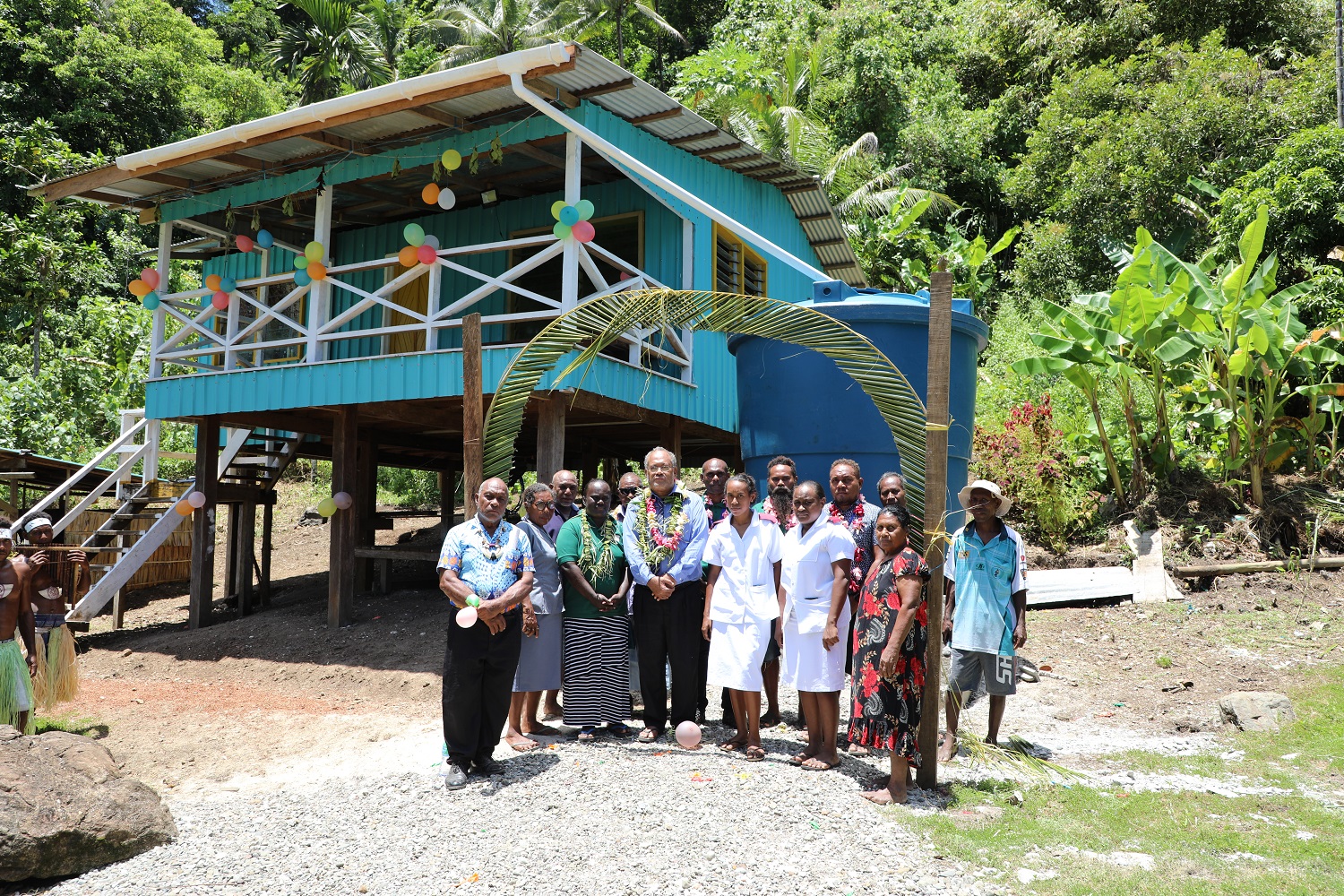 Minister Manetoali together with MRD officers, community members and two staff nurses serving at Vulavu clinic after the ribbon cutting.

Chief Manika who is also the Clinic chairman said Vulavu clinic over the years has gone through a lot of challenges which include lack of proper accommodation for health staff serving at the clinic.

“There are times serving nurses have to abandoned duties due to housing issues which negatively affected our communities as it denies our rights to access needed healthcare services.”

However, he said with the support rendered by government through Gao-Bugotu Constituency under the leadership of MP Manetoali in partnership with the local communities enabled them to construct a permanent three bed-room staff house which is now accommodated two nursing staff.

The chairman then thanked everyone who have contributed towards the success of the project.

While sharing the same sentiments, Chief Stevenson Carlos said the constituency support in partnership with communities shows government’s true heart of concern for its people in the rural areas. 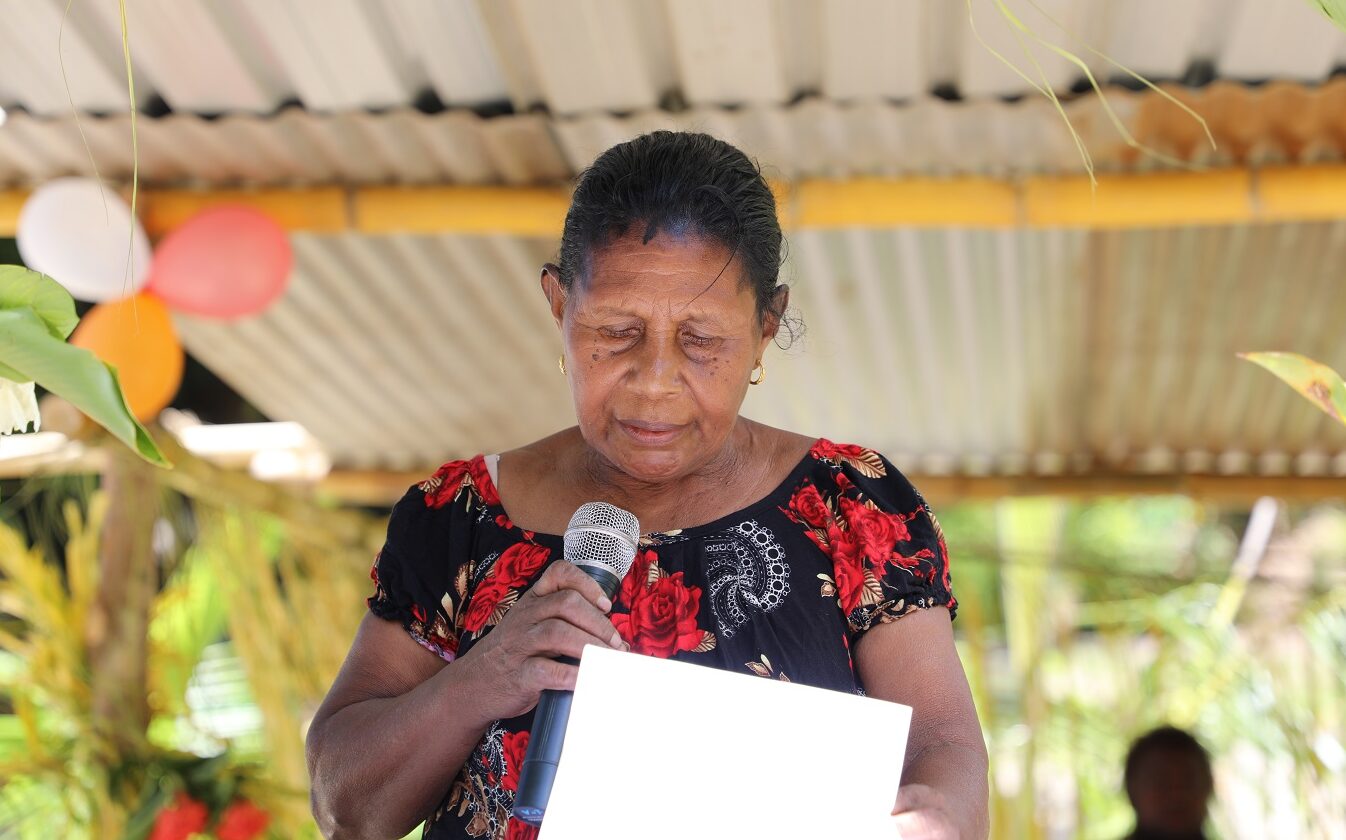 She said have it not for the government through MP Manetoali, the project would not be possible and completed.

Ms. Vickers also recognized communities, families and individuals who have contributed towards the completion of the project.

She said that ensuring nursing officers are accommodated in a comfortable and secure accommodation is paramount.

Principal Research and Rural Development Officer Kejoa Para on behalf of the Ministry of Rural Development (MRD) applauded Vulavu and its surrounding communities for their continuous support to their MP and towards the development aspirations of their constituency.

He said the handing over of the project is a manifestation of true partnership in development.

“The success of this project is a fulfilment of true partnership that you communities have with the government through your constituency office (GBC). If we want development to happen, we must work together,” Para stressed.

He also congratulated the communities and GBC for the milestone achievement.

Meanwhile, MP Manetoali acknowledged tribes and families at Vulavu for their understanding and continuous support in allowing their land to make sure such important development to happen on. 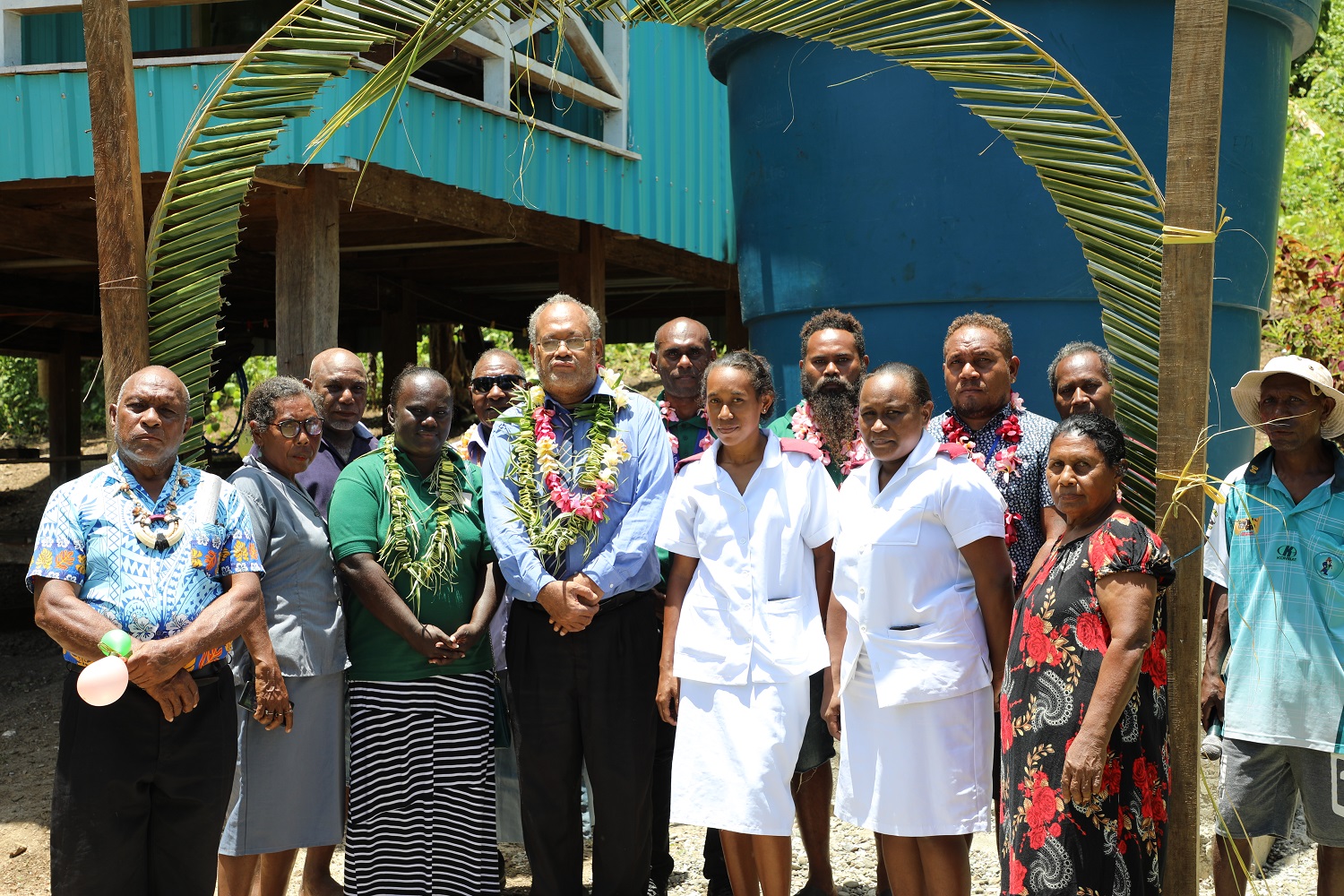 Minister Manetoali, Clinic Chairman Philip Manika together with MRD officers and two registered nurse that currently serve at the clinic.

He also thanked the communities and individuals for their contributions towards the project.

“Every development that are happening in our constituency belongs to everyone of us. So, we must continue to work together. And I am encouraged by the support and contributions that you have displayed throughout which reflected in the success of this staff house project.”

MP Manetoali then thanked chiefs, community leaders, builders, communities and individuals that put their hands together towards the staff house project and urged the communities to take ownership of the project and look after it well.

He added that the government through GBC is committed and will continue to support development of important health infrastructures towards strengthening the implementation of Health Programs to support the delivery of better services in the constituency.

The handing over of the staff house also marked the resumption of healthcare services at Vulavu clinic after the absence of a nurse for about four months. 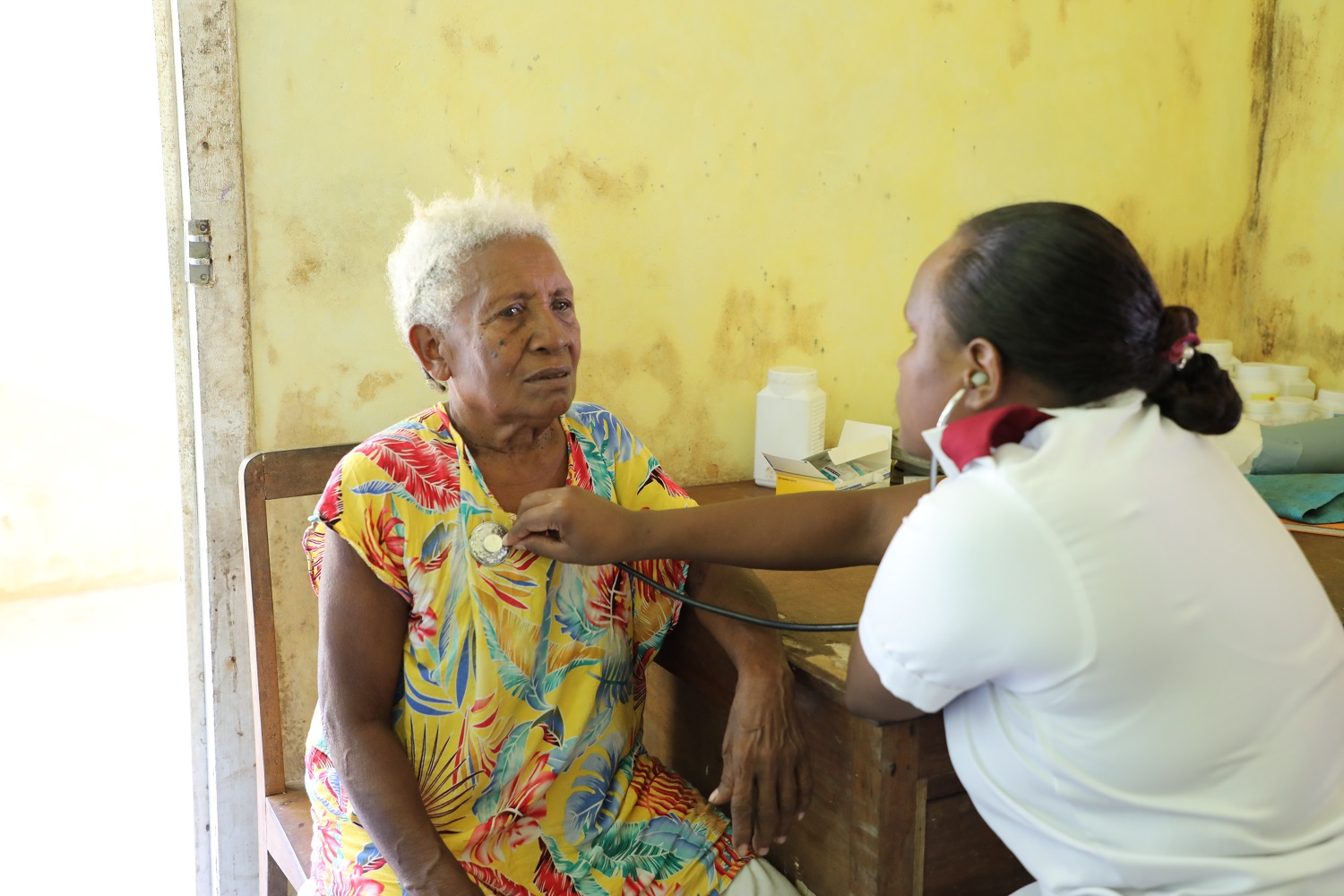 A registered nurse serves a sick patient at Vulavu clinic.

Currently two female registered nurses are serving at the clinic after they were posted by the Isabel Health Authority to the clinic, a day before the handing over program.

According to Chief Manika who is also the Clinic chairman the project was implemented by Vulavu and its surrounding communities in collaboration with the government through Gao-Bugotu Constituency. 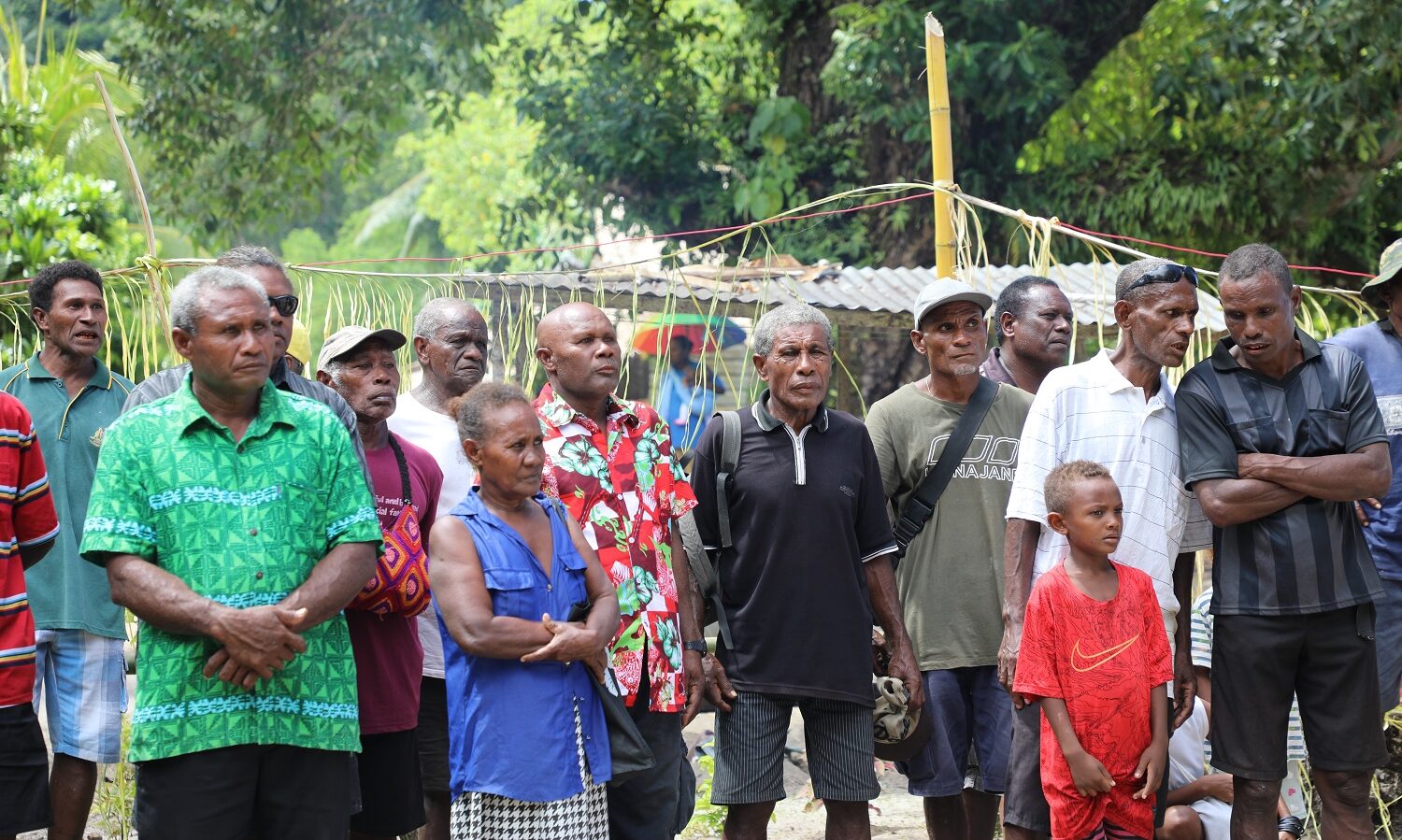 Some of the Vulavu community members presenting a hymn during the handing over ceremony. 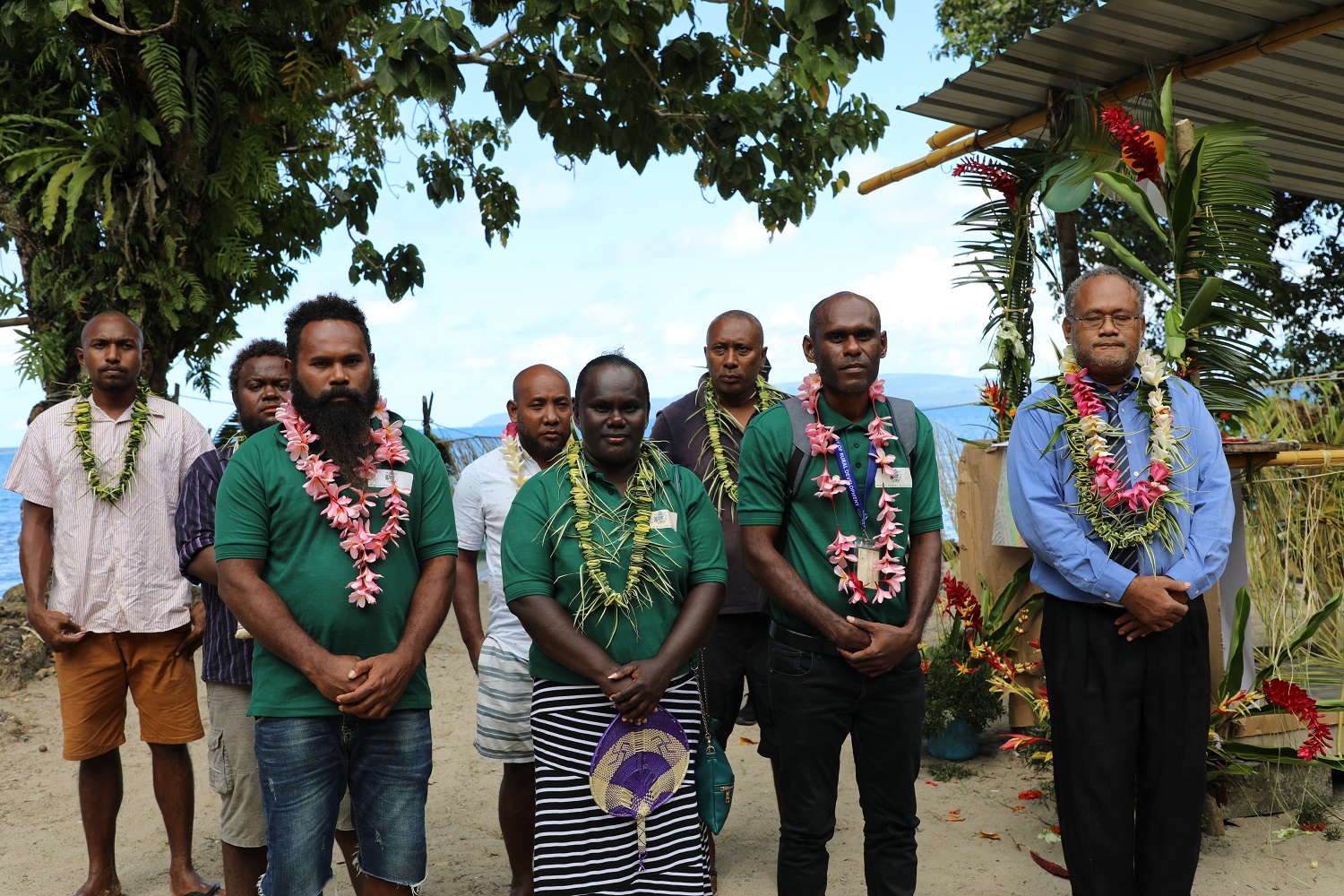 Minister and MP Manetoali and his delegation at Vulavu village. 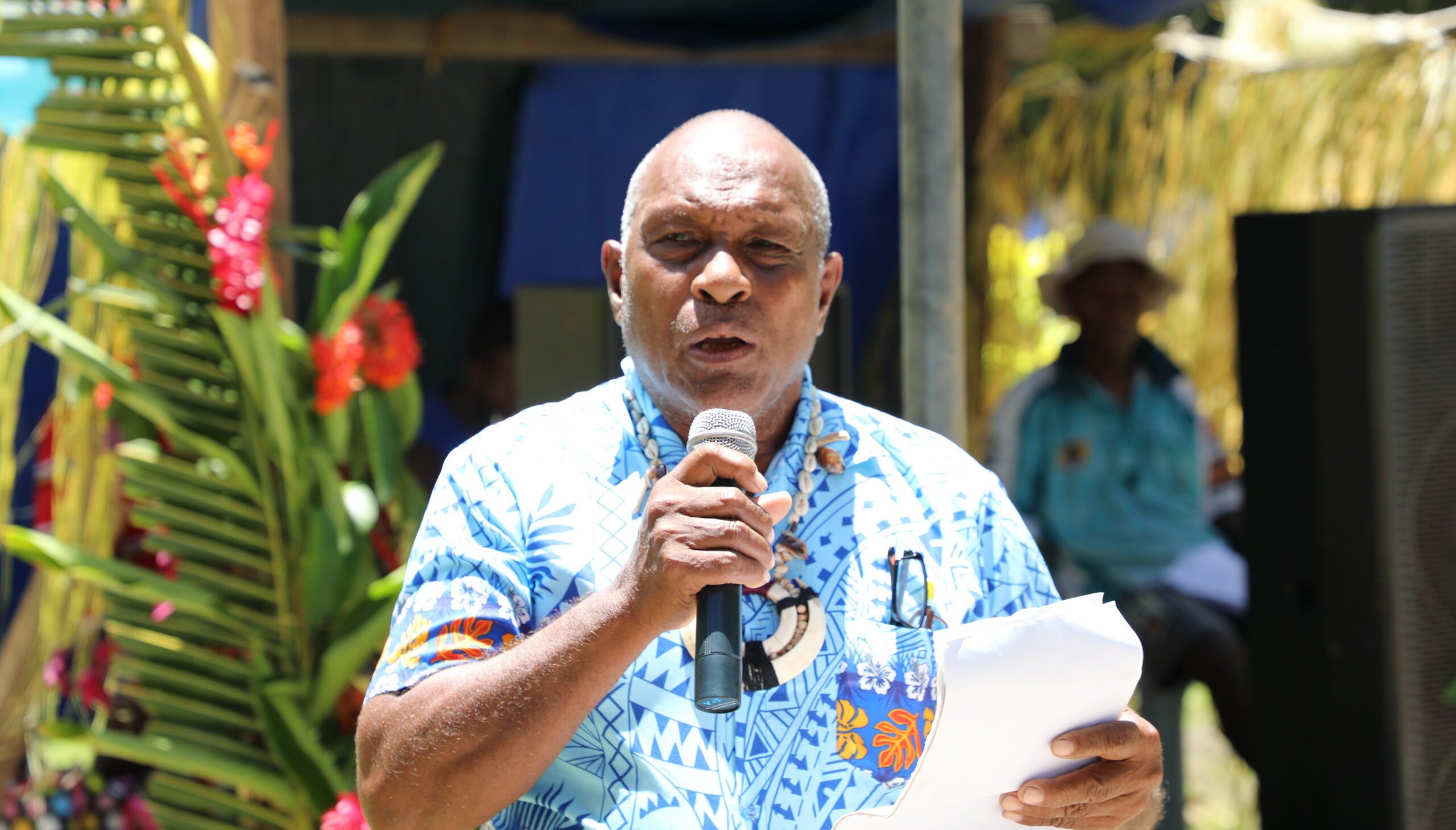 Chief Manika who is also the Clinic chairman delivers his remarks. 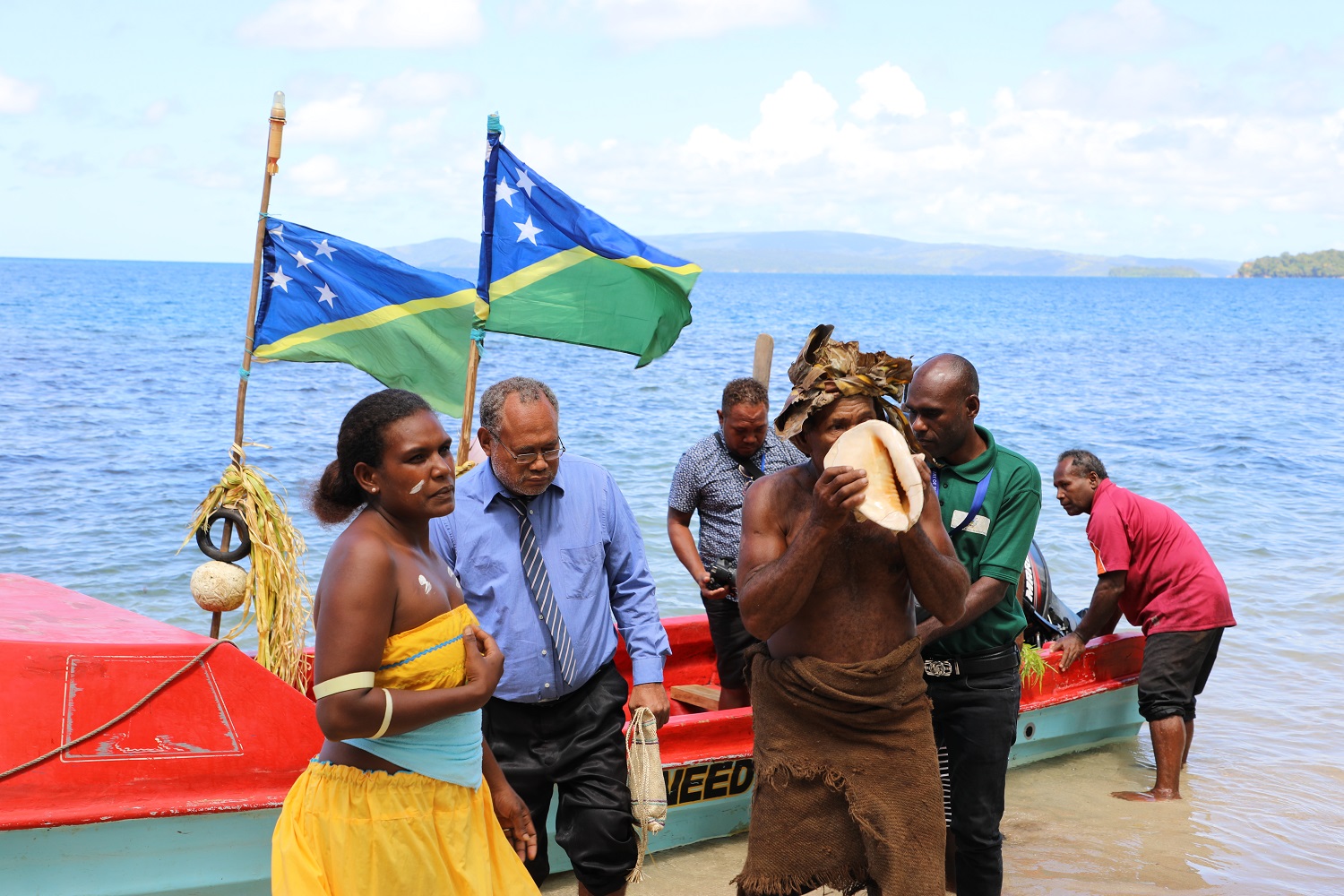 Minister and MP Manetoali and delegation welcomed upon arrival at Vulavu village. 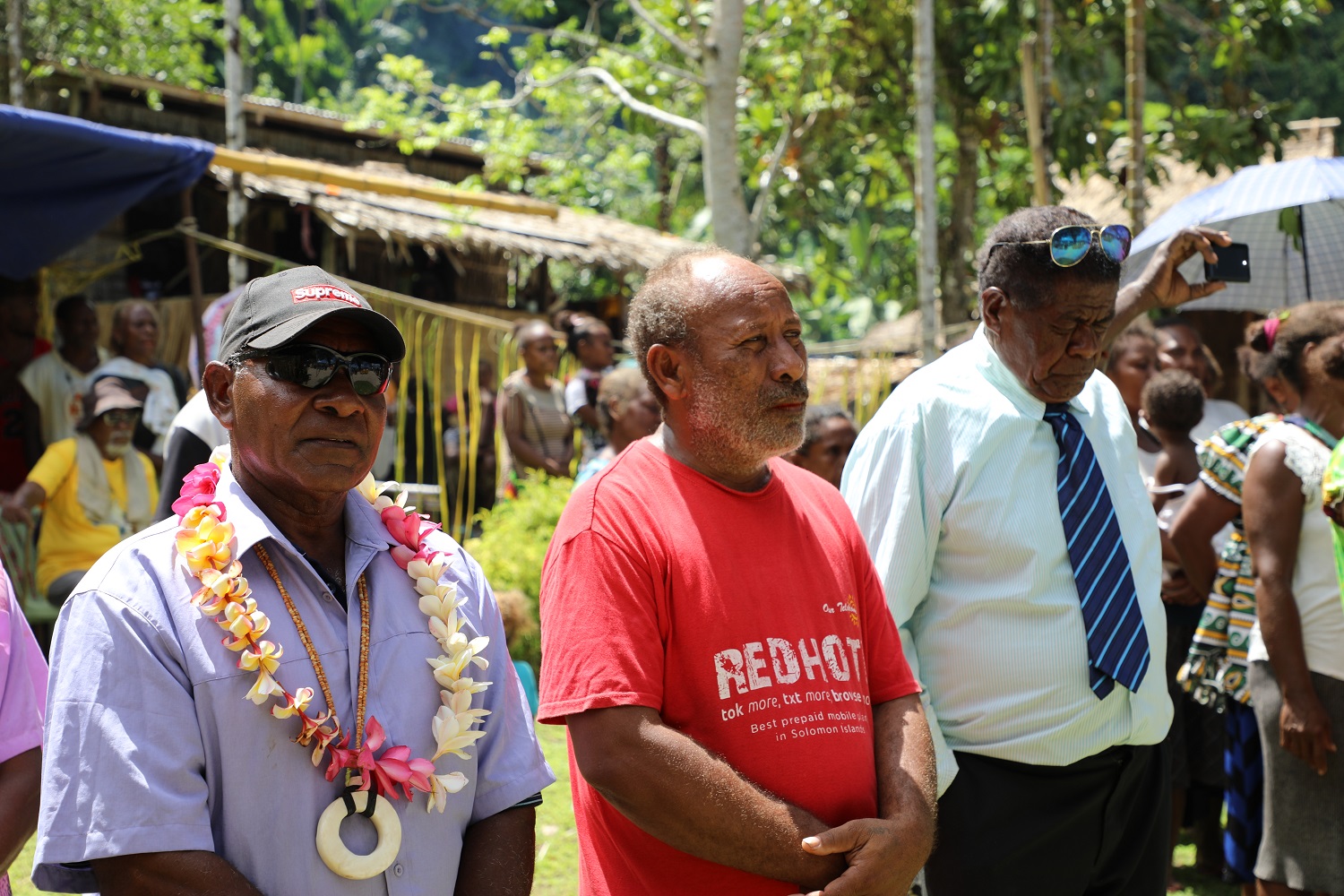 Some of the community chiefs and leaders who witnessed the handing over program. 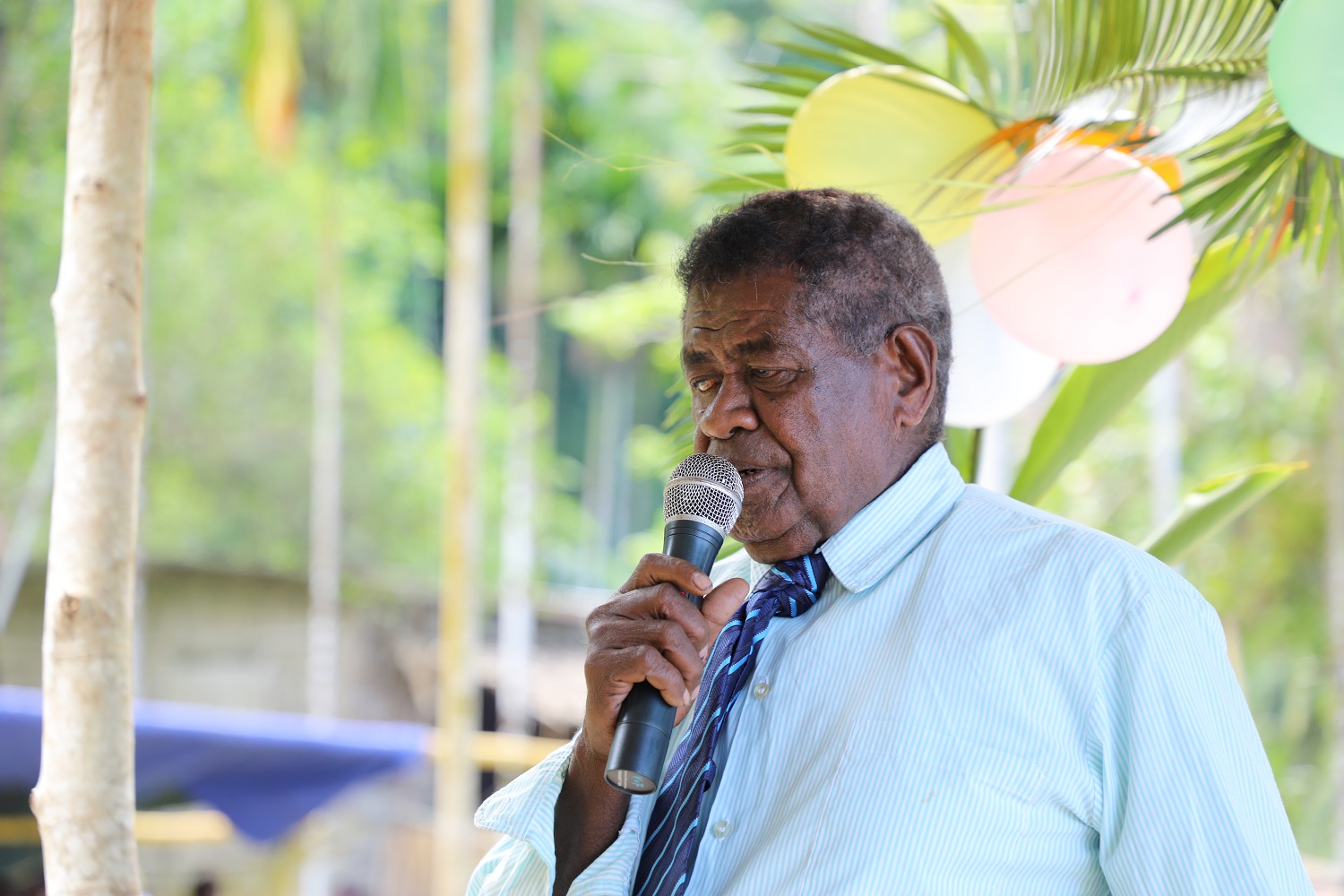 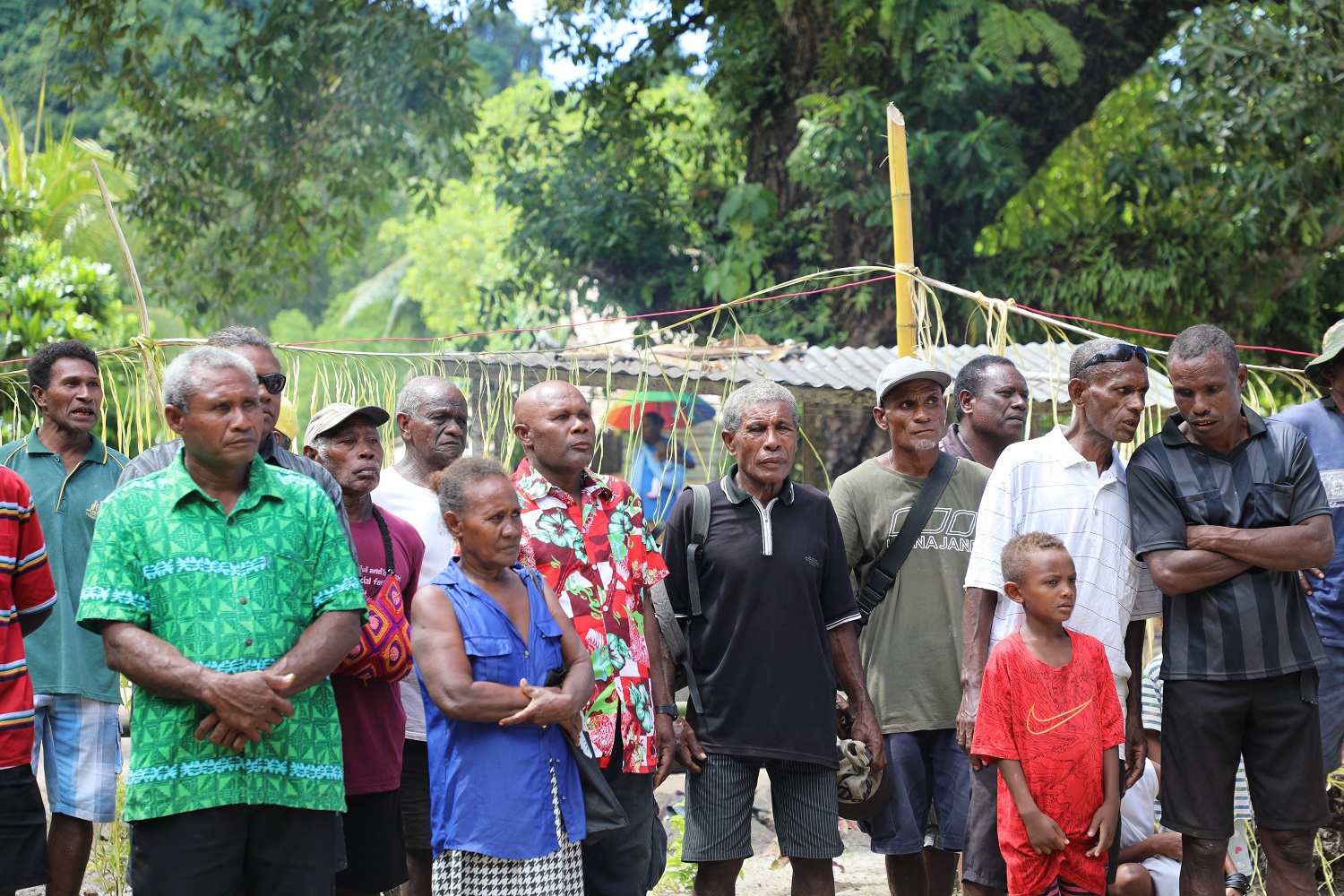 Some of the Community members who turned up for the program. 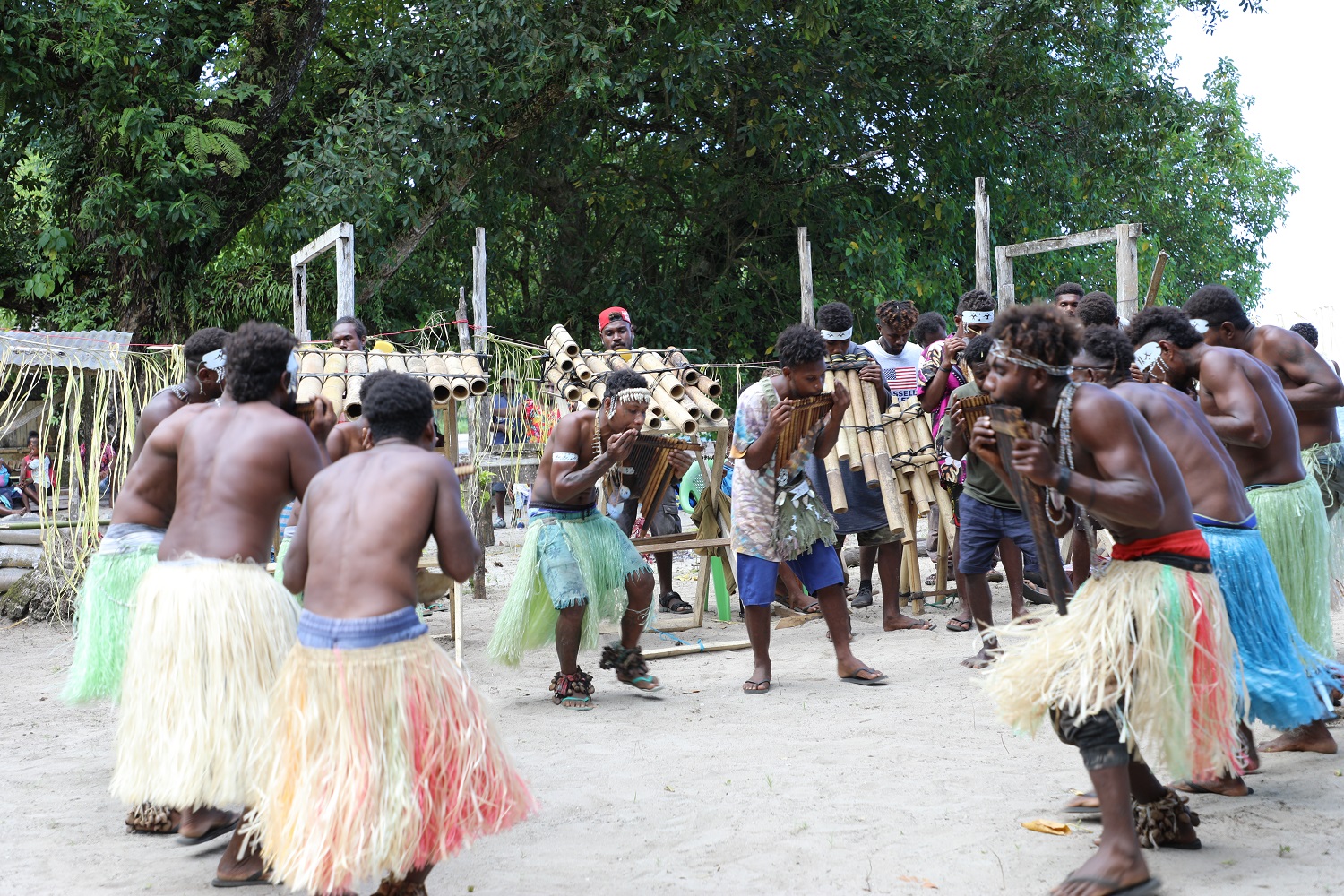 Panpipe group performs during the handing over program at Vulavu village.