Officials from the Ministry of Finance and Treasury (MOFT) and Ministry of Mines, Energy and Rural Electrification (MMERE) visited the Tina River Project site early this week to observe construction progress and held face to face meeting with the Project owner, Tina Hydro Limited (THL) and their construction contractor, Hyundai Engineering Company (HEC).

The site visit was organized by THL supported by HEC.  At HEC Garivera camp site, the Permanent Secretary (PS) of MMERE, Dr Chris Vehe led a meeting where THL and HEC have raised issues that are important for the Government to be aware of in implementing this national energy/ infrastructure project.

The Permanent Secretary and other SIG officials have provided their responses to THL and HEC, assuring them that the Project remain as one of the flagship Government’s Priority Energy/ infrastructure Project and will continue to be supported to ensure it is realized and deliver the expected benefits to the people of Solomon Islands. 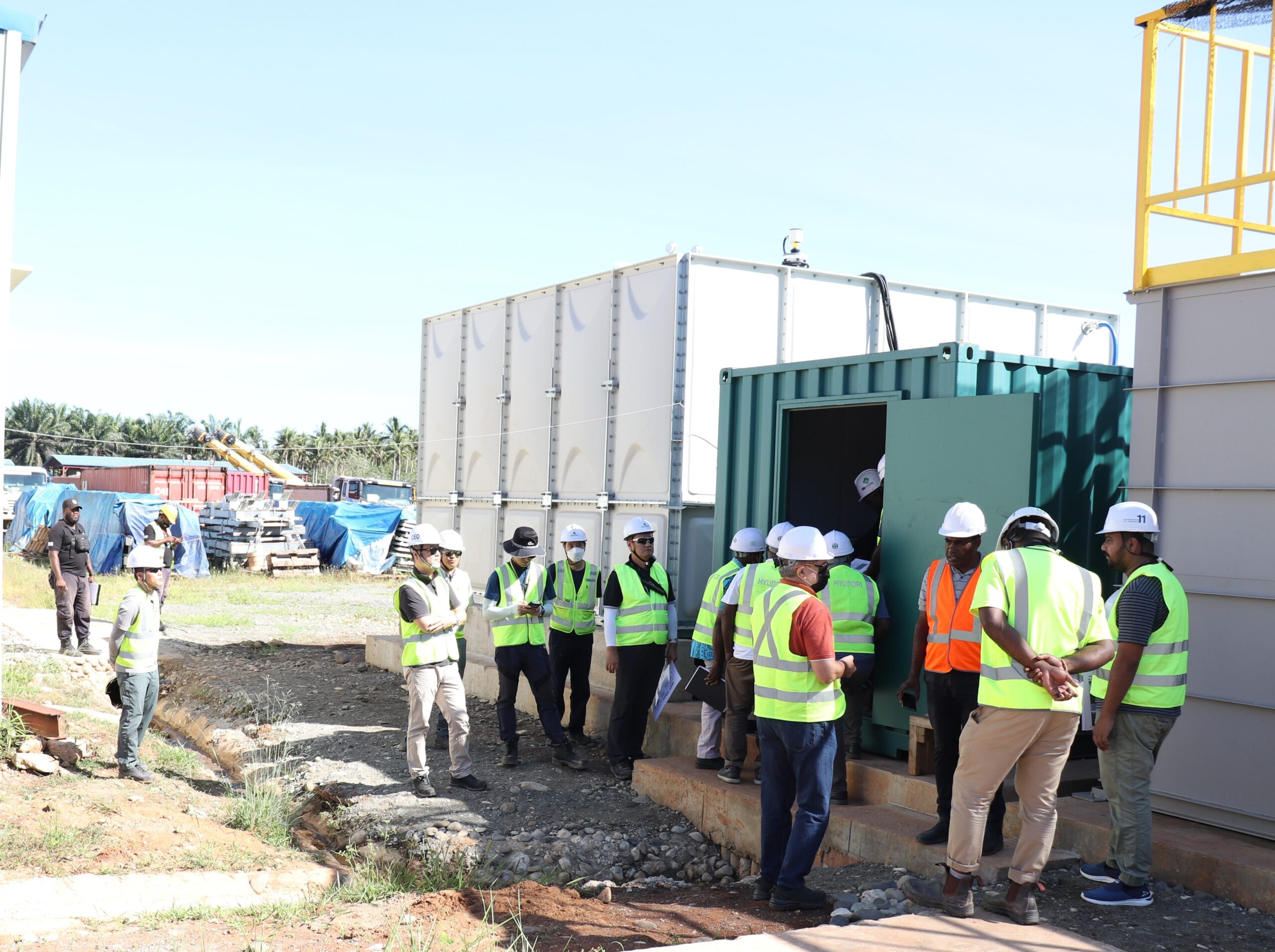 The officials were given a tour of the camp facilities including the state-of-the-art Membrane Bio Reactor sewage treatment plant facility. HEC has been working closely with local employees to ensure locals can operate the plant successfully.

After the camp site, the officials also tour of one of the soil disposals sites which is designed to manage run-off and control sedimentation.

The officials were also impressed with the environmental management standard and also other matters such as the occupational health and safety measures currently employed on site for the construction phase of the project. The visit ended up at the office and crushing plant site which are temporary facilities that will be used during the construction phase of the Project.

The site visit offers a great opportunity for the Government officials to understand the issues that are faced by THL and its contractor, HEC.

It also allows the close interaction between the Government and the Private entity, THL which is responsible for implementing and operating the project for the concessional period under the financing arrangement of the project.