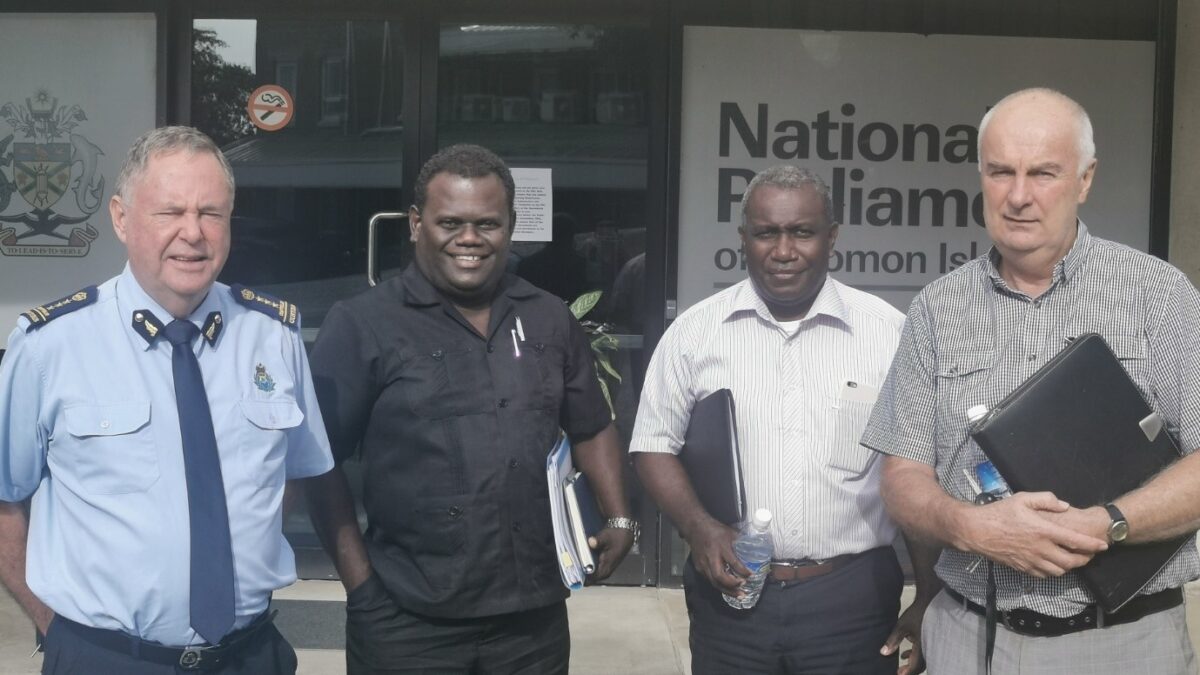 The 2020 Government Finance is challenging but was stabilized and the country’s economy was prevented from deteriorating.

Hence, the 2021 Budget will further build on to these achievements.

This is according to the Ministry of Finance and Treasury.

“We have stabilized government finance in 2020, and we protect the economy to further deteriorate as the swift and massive shock of the coronavirus pandemic and measures to contain it have plunged the global economy include Solomon Islands into a severe contraction”, the Permanent Secretary of the Ministry of Finance and Treasury, McKinnie Dentana stated at the presentation of the 2021 Budget before the Public Account Committee (PAC) on 23rd March, 2021.

“Our first order of business as the custodian of public funds and manager of the economy is to calculate the magnitude of the massive shock, the COVID-19 will have on government finance and our domestic economy and advice the Government on the way forward”, PS Dentana stated.

It was also revealed at the PAC that MoFT initial modelling shows more than $450 million revenue hole was estimated to have on the 2020 Budget while initial GDP modelling shows -4.3 per cent growth.

As a result of these preliminary results, massive reprioritization and reallocation of the Government’s 2020 Budget and as well as a bold fiscal and economic policy consolidation has been proposed to the Government and was immediately implemented by the Ministry.

The aim of these policies is to ensure that the Government have enough resources to implement COVID-19 Preparedness and Response Strategy and to protect our economy, according to the Permanent Secretary.

As a result of these policy commitments, positive performance can be seen on key indicators as the Ministry of Finance and Treasury revised modelling shows -3.6 percent GDP growth and fiscal deficit of the government by the end of 2020 is 60 per cent lower than $450 million estimates.

Building on to these positive outcomes, the 2021 Budget is guided by the Government’s Policy Redirection priorities on the two overall objectives of the Government’s policy redirection and commitment to protect citizens from the spread of COVID 19 and to accelerate recovery to mitigate the effects of the COVID 19 in the short to medium term.

In formally disclosing the 2021 Budget, the Permanent Secretary revealed that the Government has a planned deficit budget of $329 million.

This includes SIG domestic revenue projection of $3.009 billion and $701 million externally sourced funding that the Government will reliably collect to support the overall 2021 Budget of $4.039 billion, to ensure the fiscal stability and credibility of the budget is maintained.

The Permeant Secretary further revealed and assured the PAC that the Government through his Ministry will implement a number of strategies to finance this deficit.

These include further fiscal consolidation through expenditure control, new revenue measure and tax/duties arrears step-ups, donors and multilateral direct budget support, as well as improved domestic economic activities will drive growth and build on to additional revenue to the Government.

“Our last resort of course is to engaged domestic or external borrowing to support the deficit, but I am optimistic, that with these measures as earlier highlighted as well as with the improved domestic economic activities we will close the deficit by the end of the year”, the Permanent Secretary said.

The Government is fully committed to the successful implementation of its policies in the interest of financial stability and economic empowerment.