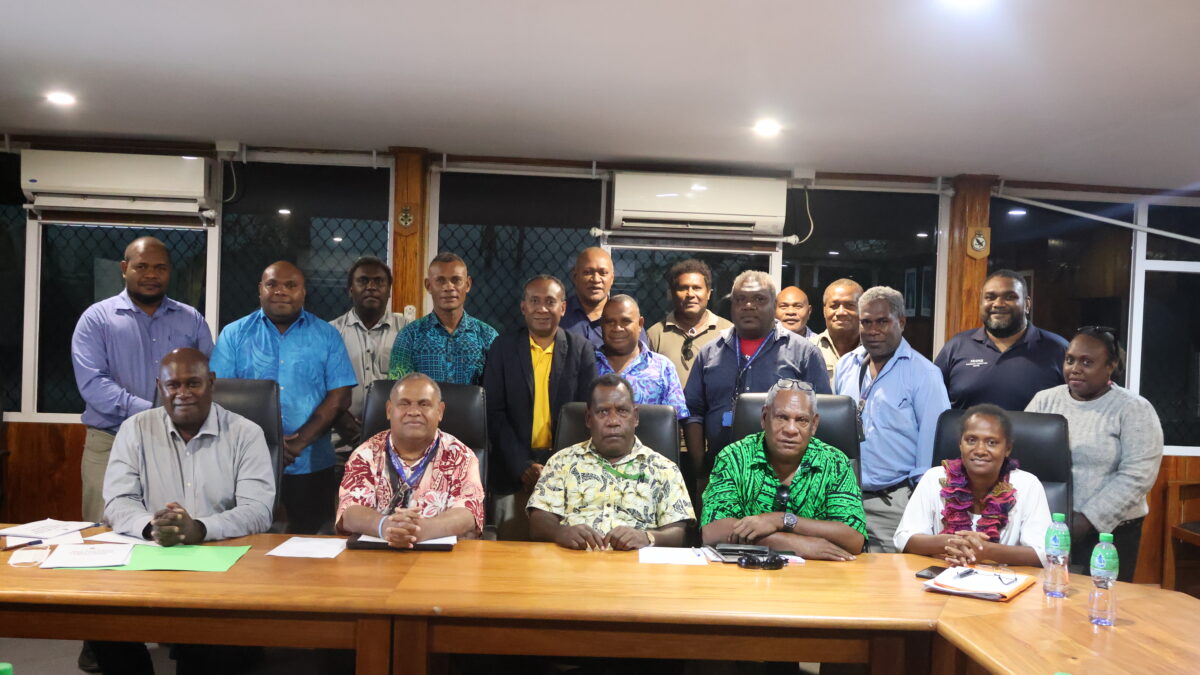 The Government Services Integration Committee (GSIC), of the Office of the Prime Minister and Cabinet, have held a fruitful discussion with key Government officials from Government Ministries and Honiara City Council at the HCC Chambers today, Tuesday 27th September 2022.

The discussion focused on the Safe and Green Games Strategic Action Plan as a whole of Government Approach encompassing all government ministries, HCC and stakeholders to support the Pacific Games 2023.

The discussion included key activities in the Safe and Green Games including the critical role of HCC as the Host City.

Speaking during the discussion, Honiara City Clerk Justus Denni said HCC is fully aware of the prominent role to play in preparations in the lead up and during the Pacific Games 2023.

Denni said HCC will continue to focus on its normal service delivery but will need further support from the National Government and other stakeholders to double its efforts during the games.

He added there are plans and constraints but he is hopeful and looked forward for support to prepare and host the Pacific Games in 2023.

Permanent Secretaries and Deputy Secretaries from other Government ministries have contributed to the discussions on their specific and respective role each ministry will play to support the preparations and hosting the Pacific Games 2023.

Chair and Coordinator GSIC-PG2023, Benard Bata’anisia urged all the ministries, HCC and stakeholders to work and partner together in preparations and successful hosting of the Pacific Games 2023.

Discussions also included Ministerial Budgets needed to support the Games as well as relevant events during the Games, such as the Secondment of Government employees to the Games, as well as, the Safe and Green Games Strategic Action plan.

Follow up meetings will be held with other key stakeholders on the Safe and Green Games Strategic Action plan before launching in November 2022,  one year before the Games.