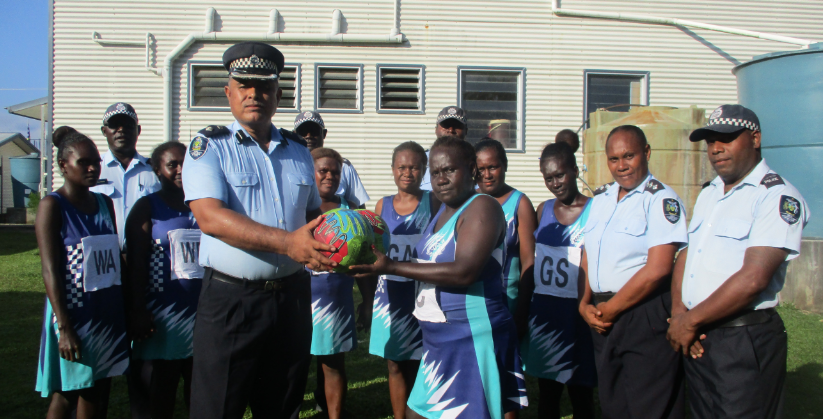 Upon handing over of the balls, Gizo Royals netball team coach Inspector Justin Fono appreciated the timely support received, as this will boost the team’s training preparation to compete in an ongoing netball league in Gizo and other upcoming events.

The Gizo Royals Netball team coached inspector Justin Fono is also appealing to similar support from other supporting agencies who wish to support the team with sporting equipment were welcome to do so.