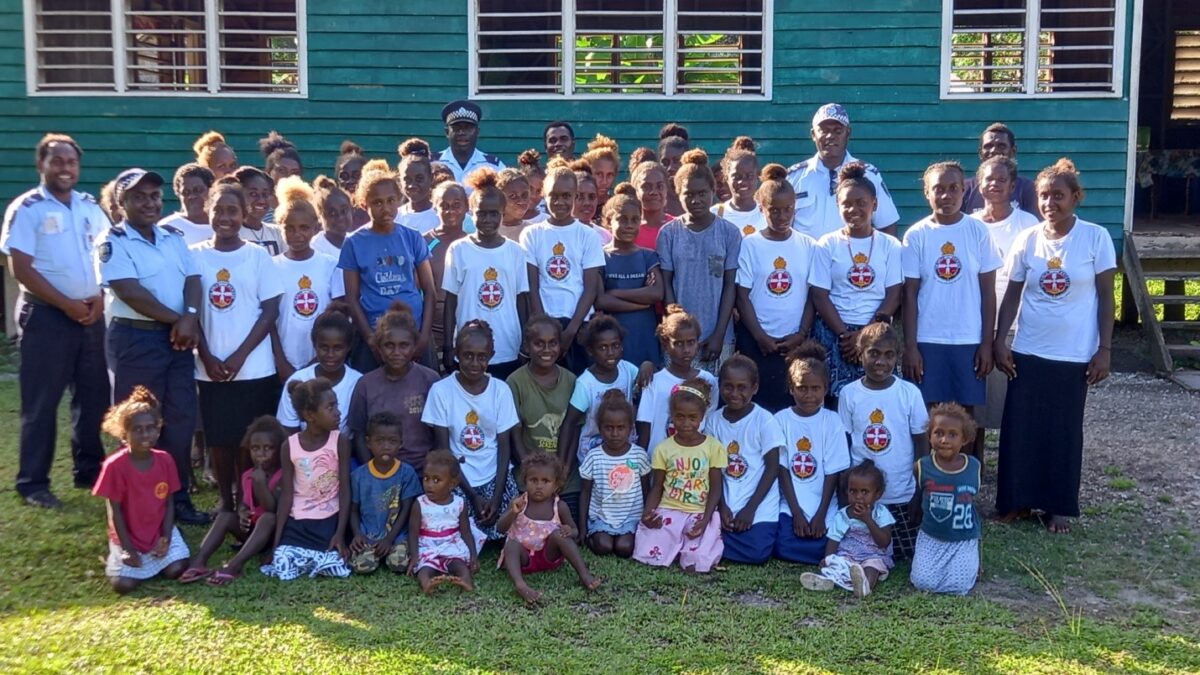 The Community Policing Unit of the Royal Solomon Islands Police Force (RSIPF) in the Western Province have conducted an awareness program at Kuava Village in Vella la Vella Island on 23 August 2022.

This is following a request from  east Vella la Vella circuit of the United Church girls brigade coordinator who sees the need for the girls to possess some vital  information with regards to law due to the high increase of sexual offences occurring against young girls in the province and other parts of the country.

During the awareness programme police told the girls about the changes and amendments done with the penal code in relation to Sexual Offences Act in 2016 where provisions are provided for victims of sexual violence to report their issues to the police for investigation.

The girls were told about the types of sexual offences and abuses that many young girls in the country have encountered today and is increasingly happening in our societies affecting many innocent young girls living in the communities without being reported.

Officer In-Charge (OIC) Community Policing Unit, Western Province, Staff Sergeant (SSgt) Alick Alesena said, such cases normally happened in logging camps and it is right and timely that the girls in Kuava village can be informed of this as there are logging camps operate in our country.

SSgt Alesena said, the girls were given advice to look after themselves, not to walk alone to school, garden, bush or any isolated place where it would pose risk to themselves and should report anything of any sexual nature happening to them with anyone they could trust.

United Church girls brigade coordinator Ms Unice Sasabule thanked the police for the talks. We had engaged some agencies during some of our activities in their past programs for the girls but never with the police.

We are happy and believe that what the girls have listened to would help them to do the right thing. Whenever they are faced with any situations when they are grownups, she adds.

Provincial Police Commander (PPC) Western Province, Chief Superintendent Mathias Lenialu would like to thank the church for their positive role in trying to do their best in raising the girls with the spiritually aspect of their life.

Superintendent Lenialu called on the parents to also see the urgency of issues affecting girls in the communities today to take up responsibilities to protect the safe wellbeing of their young girls.

The Gizo community policing office still hopes to conduct similar talks with the nearby communities and schools in the coming weeks.