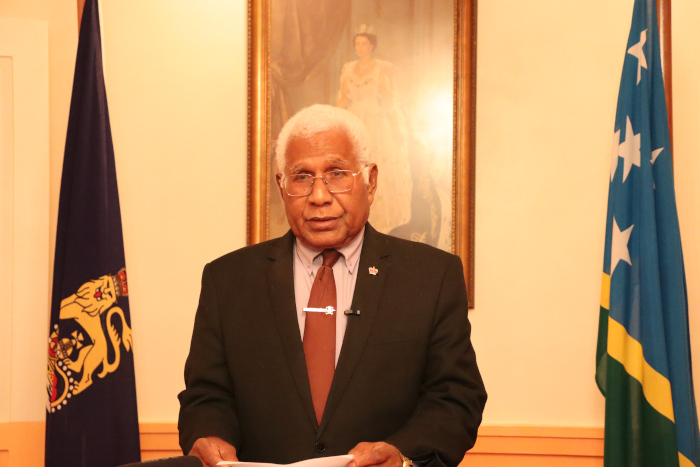 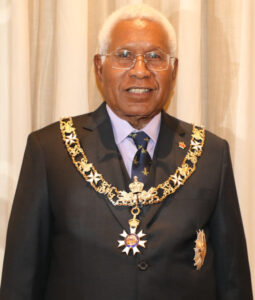 The Governor General Sir David Vunagi has applauded the National Government through the tireless efforts of the Oversight Committee and frontline Ministries for preventing covid-19 from spreading throughout the country.

Sir David said in his New Year address to the nation on January 1 that the impact of COVID19 has imposed social and economic difficulties pitched at a level never experienced in recent memories – sighting lock down at the boarders, restrictions on movement and the slowdown of the economy as direct impacts of the pandemic.

While the Government continues the fight, the COVID19 virus has continued to develop into more complex strands like the Delta Variant that originated in India. In April 2021 it became a Medical emergency as it was more contagious than the original alpha virus. It infects a lot more people in a very short time because it has a short incubation period and the group of people more at risk are the unvaccinated.

Nevertheless, the virus has not stopped mutating. On 22nd November, 2021 another variant, the omicron was detected in South Africa. It is reported to be highly transmissible and is said to have spread too many countries of the world.

“We are thankful, however, that our government through the Oversight Committee and the Ministry of Health and Medical services underscored safety and the economy of the country by putting in place measures to prevent the entry of the COVID19 virus into the country since February 2020,” Sir David said.

The Governor General said the declaration of the first State of Public Emergency on 25th March 2020 and those succeeding ones were not intended to infringe on peoples’ freedom and human rights.

“They were made in good faith and genuine intention, to guarantee the safety of our people and the nation as a whole, “he added.

Sir David noted that the fight against covid-19 became a challenge to mitigate with those who personalized constitutional and human rights to exert opposition to vaccination and the other associated protocols.

The Queen’s representative urged citizens to be objective in dealing with the Medical Emergency, instead of being subjective, egocentric and prejudiced.

“The virus has no respect for gender, age, race, status, constitutional or human rights. The way forward is that we must rise beyond ourselves and stand united in putting the safety of our nation first, before anything else,” Sir David said.

The country has recorded four more positive cases of COVID19 last week from returning nationals which does not allow for complacency to compromise the scientific and medical protocols to contain COVID19.