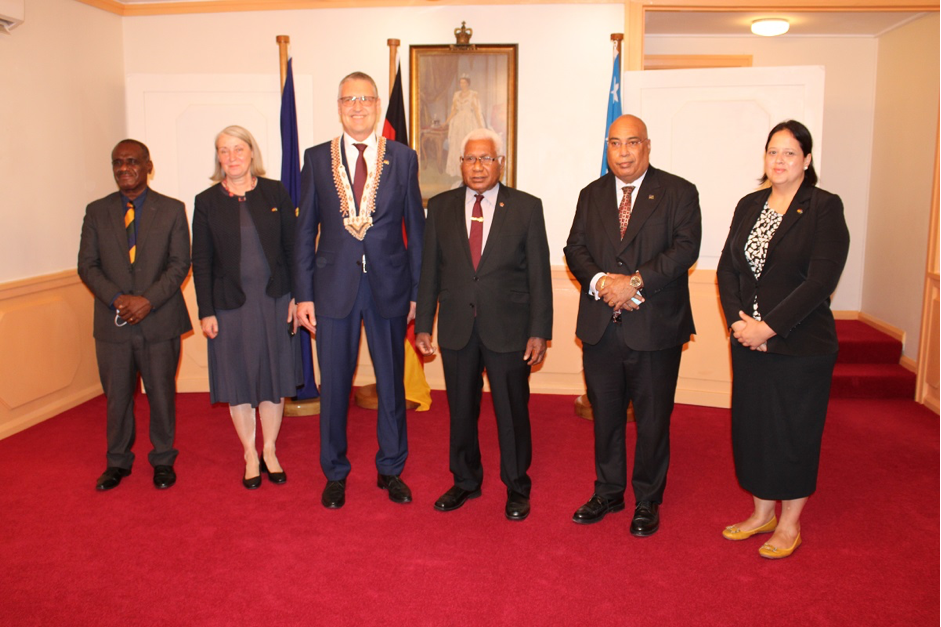 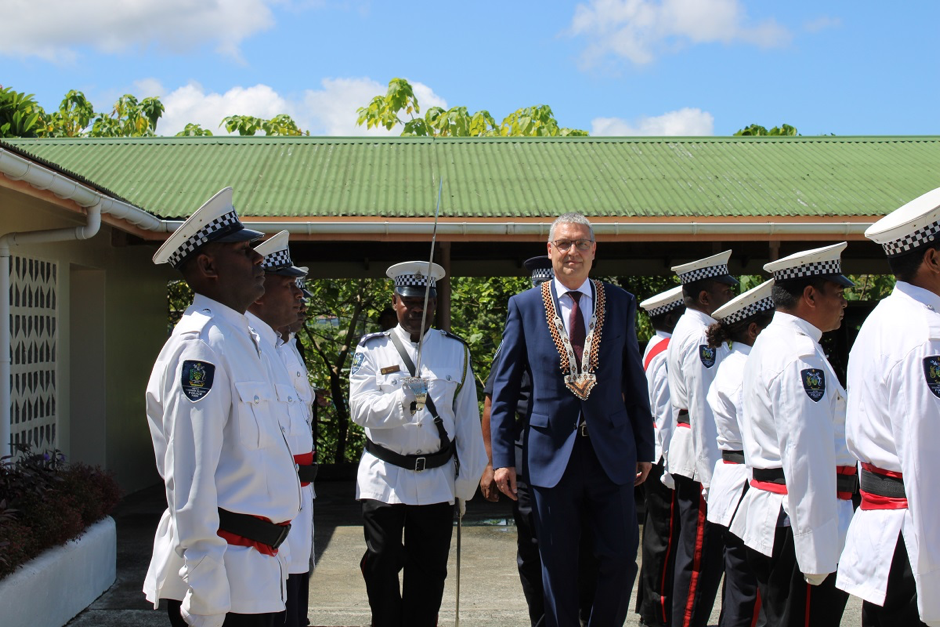 Germany’s Ambassador, His Excellency Dr Markus Ederer inspecting a guard of honour at the government house. 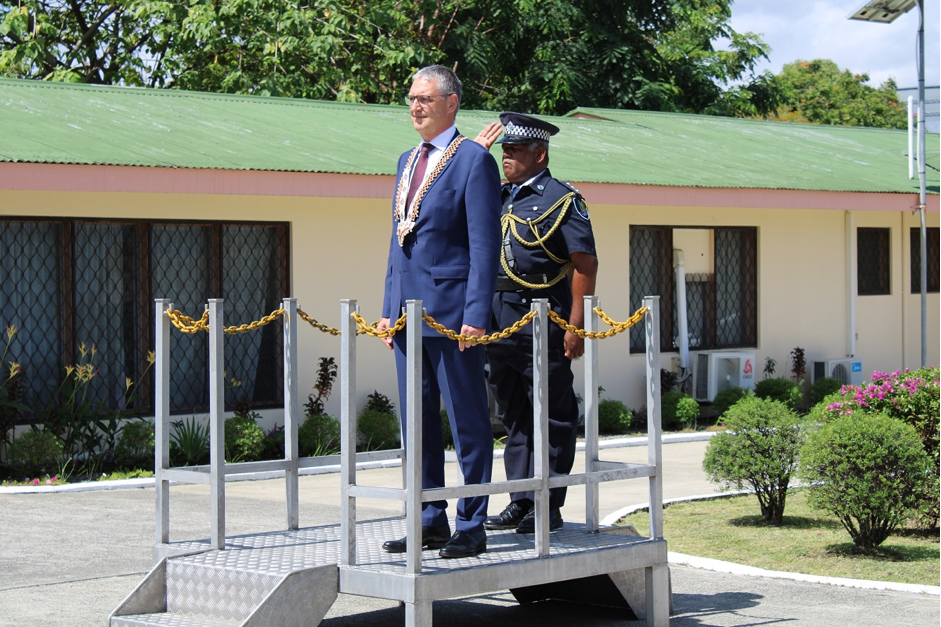 In presenting his letter of credence signed by the President of the Federal Republic of Germany, Frank-Walter Steinmeier, Ambassador Markus said he looks forward to promoting the close and friendly relations between the two countries.

Ambassador stated that Germany’s relations with the Pacific goes back between 1886 and 1899.

“But even such long-standing ties must today be nurtured by way of a direct exchange between our countries and our peoples on the basis of equality, respect and mutual interests.

Ambassador Markus went on to highlight Germany’s assistance to the Solomon Islands, especially in adapting to the consequences of climate change.

Being Europe’s largest economy, Germany contributes substantially to the European Union and its programme in the region.

He mentioned that Germany is also the third largest shareholder of the World Bank and the ninth largest contributor to the Asian Development Bank.

“This gesture emphasises Germany’s seriousness to engage closer with the region on issues that concerns us,” he added.

“Allow me also to thank your government in your strong international posture as a development contributor in fighting climate change.

“Your country’s strategic programmes in developing mechanisms to adapt and protect against consequences of climate change is of high benefit and warmly welcomed.