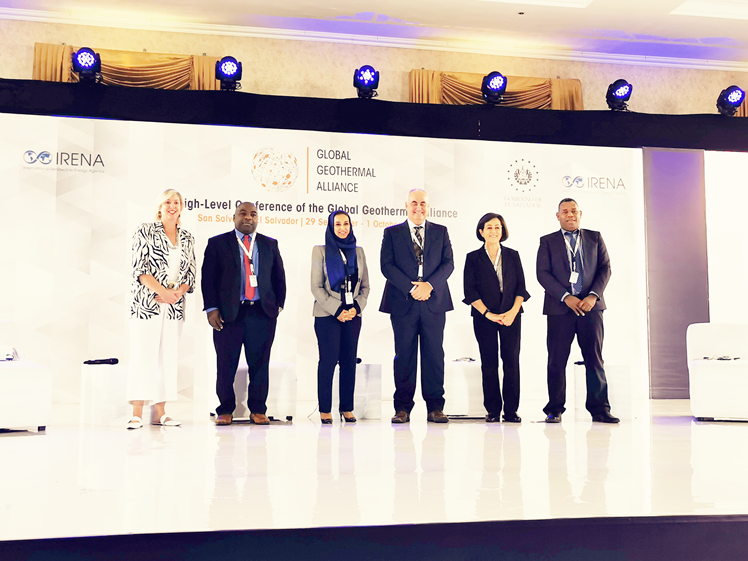 GEOTHERMAL ENERGY HAS POTENTIAL FOR A GREENER ECONOMY IN SOLOMON ISLANDS

As a Small Island Developing State (SIDS), geothermal energy could be the key to unlocking a greener economy in the Solomon Islands. This sentiment was echoed by the Permanent Secretary for the Ministry of Mines, Energy and Rural Electrification, Dr Christopher Vehe at the 2nd Global Geothermal Alliance (GGA) High Level Conference held recently in San Salvador – El Salvador. 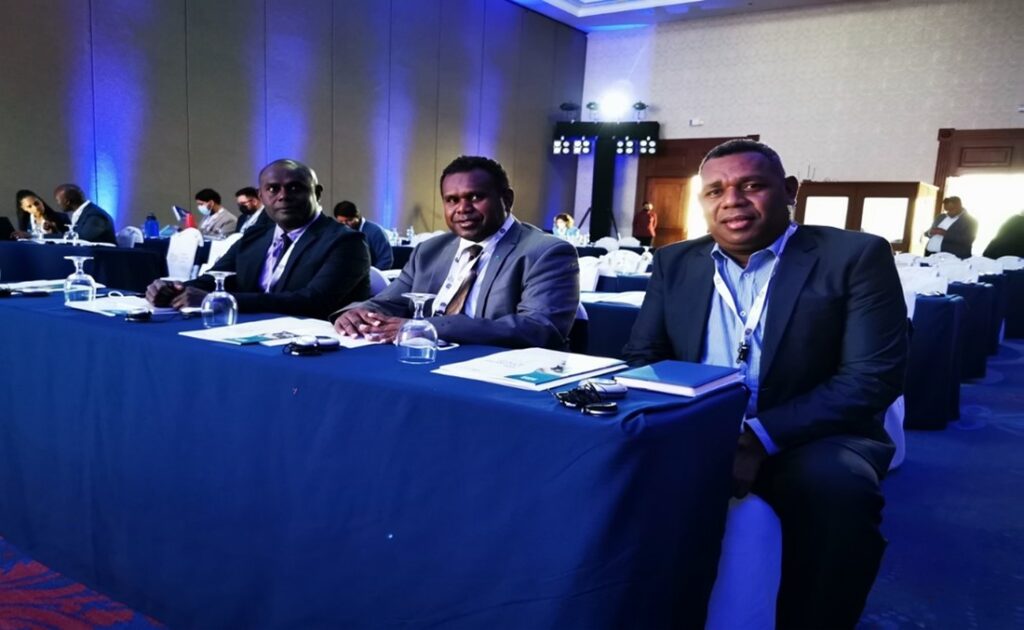 Dr Vehe adds, “ by adding geothermal energy to solar and mini-hydro, would contribute significantly towards our national efforts in reducing or displacing fossil fuel use for electricity generation and also to meet our National Development Contributions (NDS) towards reducing greenhouse gas emissions, simultaneously meeting our ambitious target for zero carbon emission by 2050”.

Geothermal energy is a renewable source of energy where heat is tapped continuously by natural process of the Earth’s interior and the extracted geothermal fluids are replenished by natural recharge and by reinjection of the exhausted fluids. This can be used for electricity and other byproducts from heating which consequently can result in production of Agri-food suppliers thereby contributing to addressing national and international food security concerns.

Geothermal is cleaner, more efficient, and cost effective than burning fossil fuels, and it can reduce our dependence on foreign petroleum product. In comparison to coal, nuclear or fossil power plants, geothermal plants are more reliable because it can run consistently for 24 hours a day, 365 days a year and is resilient during bad weather.

Dr Vehe informed the Conference that Solomon Islands has the highest electricity cost in the world due to high tariffs which is around USD$0.60 – USD$0.70 per kilowatt/unit and 90 percent dependent on fossil fuel. However, work to review the Electricity Act is progressing which upon completion and passed in Parliament will assist in further reviews of the current electricity tariff  and with compounded investments in renewable energy such as PV system, hydropower generation and geothermal development in the near future, this would further reduce the electricity tariff in the future for the country.

Dr Vehe adds, “for geothermal energy, exploration and feasibility assessment of the first potential geothermal project in the country was done decades ago by Geodynamics and based on their findings, Savo Island was confirmed viable and that it could be developed into a Geothermal power plant with a possible capacity of 11 MW and further verification work to further confirm the Geothermal reserve will be eventuated soon”, stated, Dr Vehe.

Dr Vehe leads the Solomon Islands delegation at the 2nd GGA High Level Conference in San Salvador, El Salvador organised by IRENA, Global Geothermal Alliance and the government of the Republic of El Salvador in place of the Minister of Mines Energy and Rural Electrification, Hon. Bradley Tovosia due to national commitment that does not allow him to attend. The Solomon Islands delegation includes Officials from the Ministry of Mines Energy and Rural Electrification and the Ministry of Foreign Affairs and External Trade.