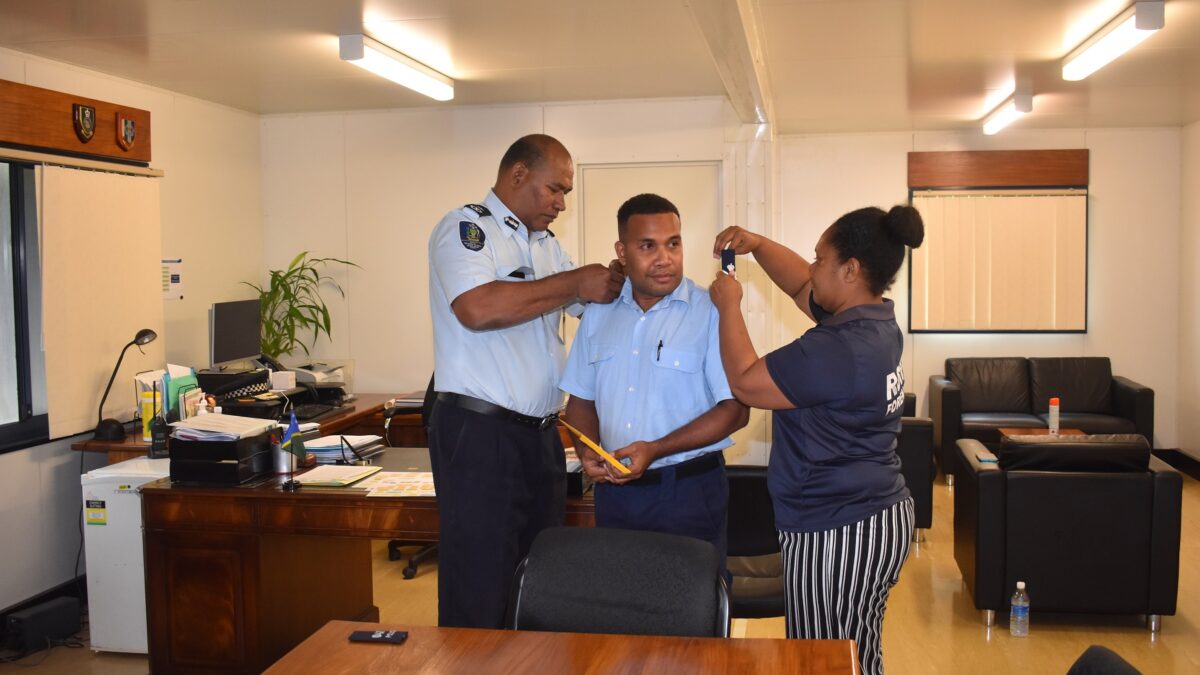 Garnette Kwanairara promote to the rank of Senior Sergeant 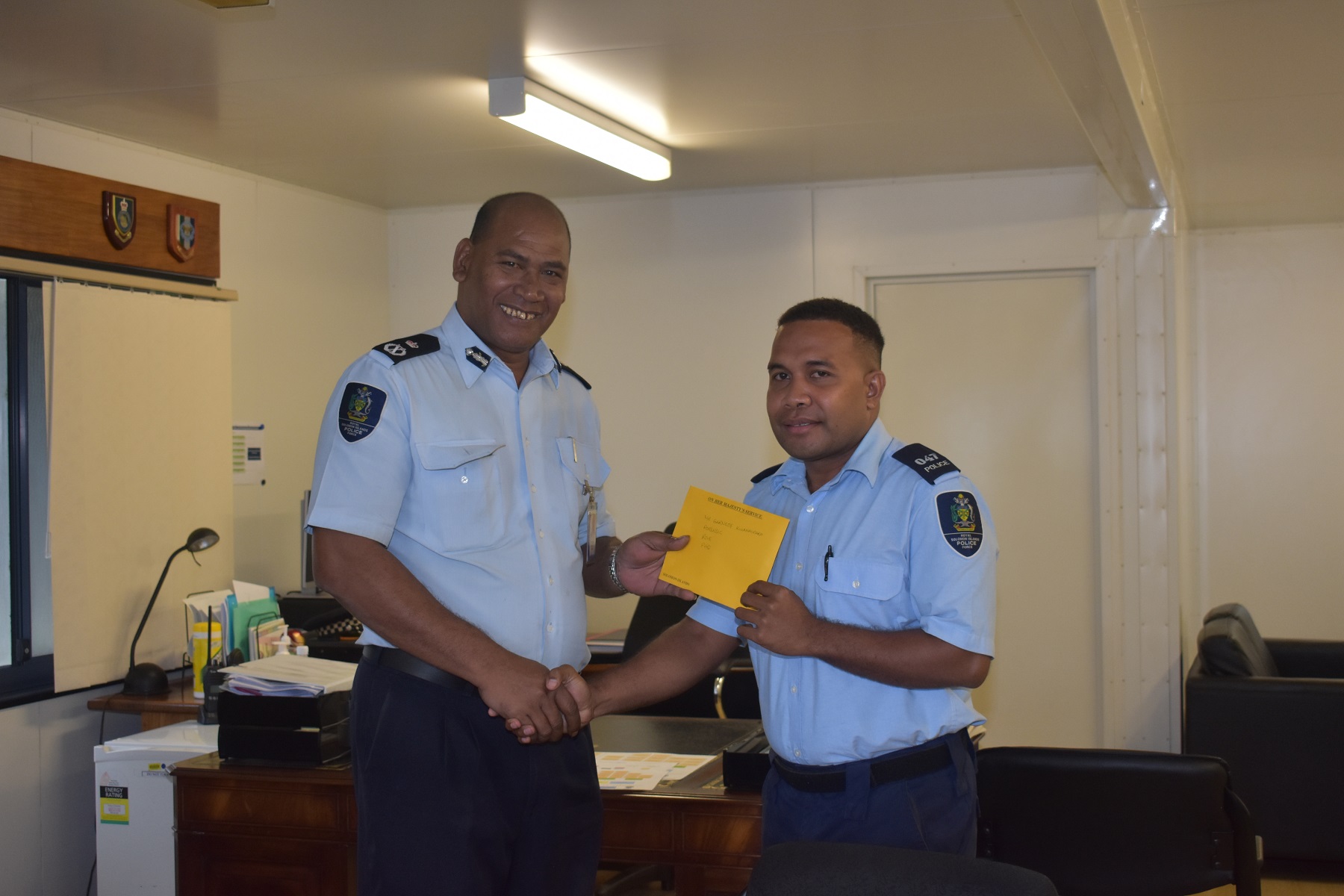 Garnette Kwanairara received his letter of promotion from the Commissioner of the Royal Solomon Island Police Force (RSIPF) Mr Mostyn Mangau to the rank of Senior Sergeant on 3 September 2021 at Rove Police Headquarters.

Detective Constable Kwanairara is a Forensic Officer, Scenes of Crime Officer (SOCO) within the Forensic Services under the National Criminal Investigation Department (NCID) of the RSIPF at the Rove Police Headquarters in Honiara. A job he held since October 2016.

Senior Sergeant Kwanairara graduated with a Bachelor degree in Forensic Science in the field of Forensic Chemistry from Griffith University in Australia. With this type of qualification, he could be earning a lot more if he had joined the private sector or went into entrepreneurship; therefore, he deserves to be promoted.

Commissioner Mangau in his presentation says I have the trust and confidence in you as you receive your letter of promotion. It is not easy to get such a promotion. You are a leader who will lead by example with officers under your supervision.

“Leadership comes with responsibilities, responsibilities comes with challenges but as a team we can achieve our goals. The RSIPF Strategic Directions and core values set a clear direction for us. Even our national motto is very clear: ‘To lead is to serve’,” says Commissioner Mangau.”

As your Commissioner, I am looking forward to your performance in taking up another responsibility, it will be challenging, but you have to face those challenges to bring maturity in policing work.”

Promoted senior sergeant Mr Kwanairara says I am happy to receive my letter of promotion and I look forward to working together with my colleagues in our field of policing.