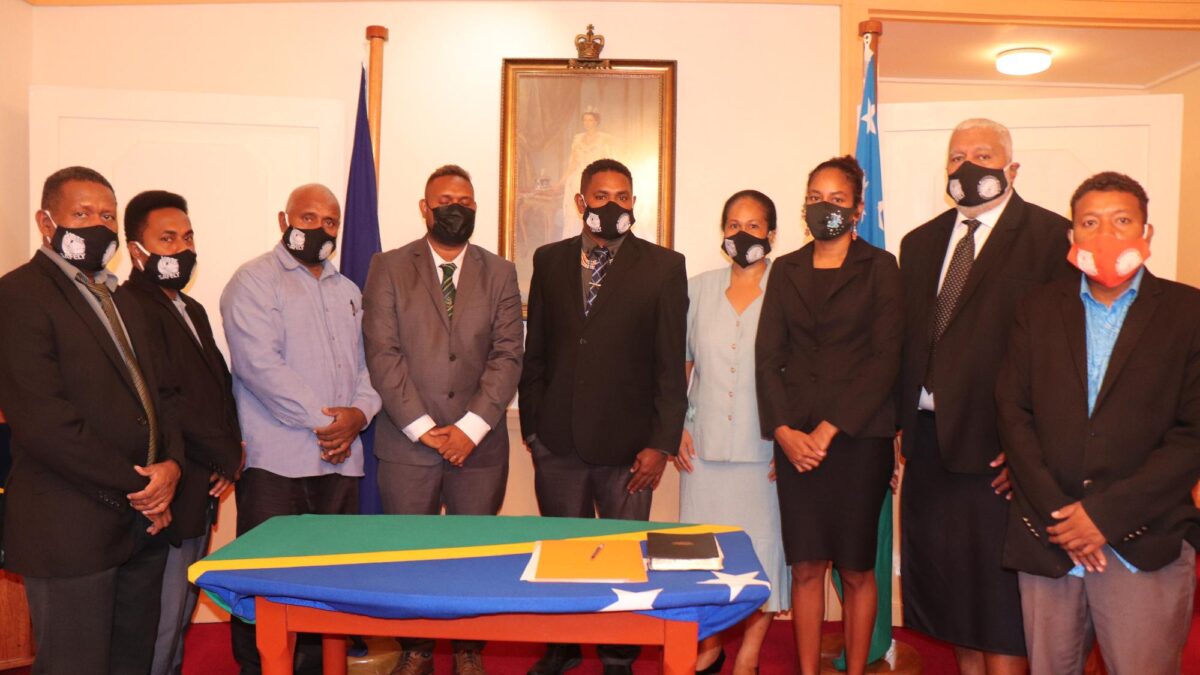 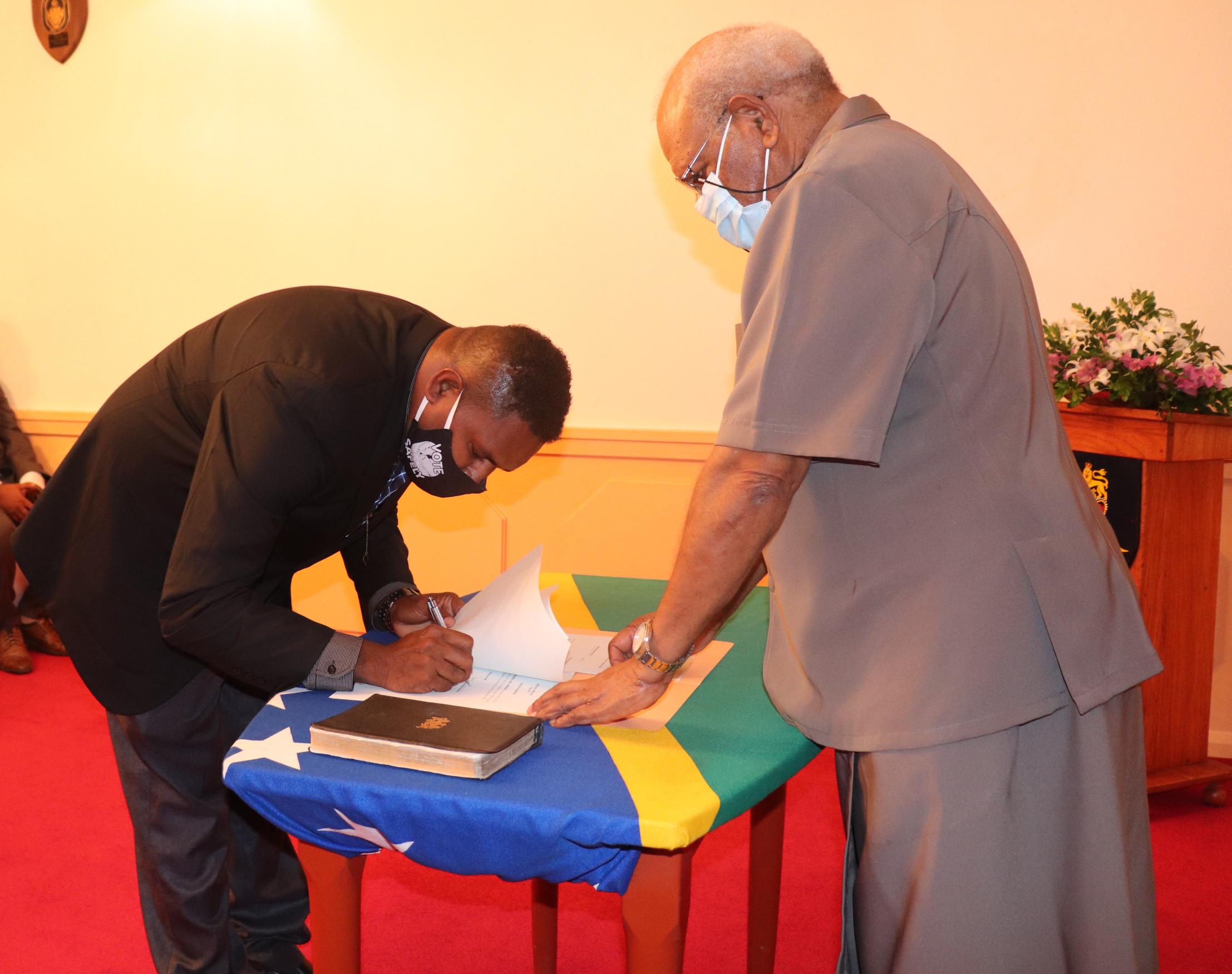 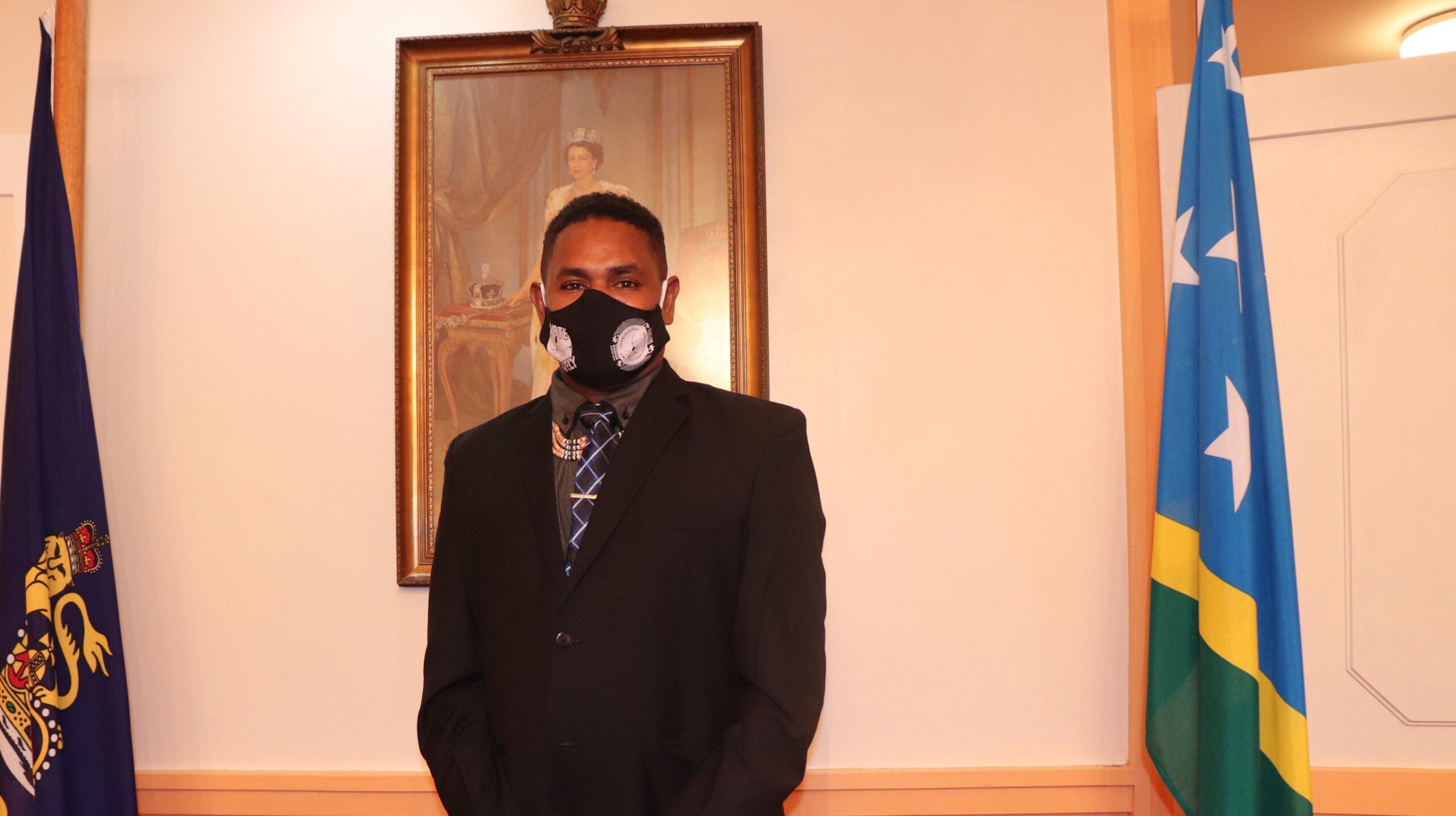 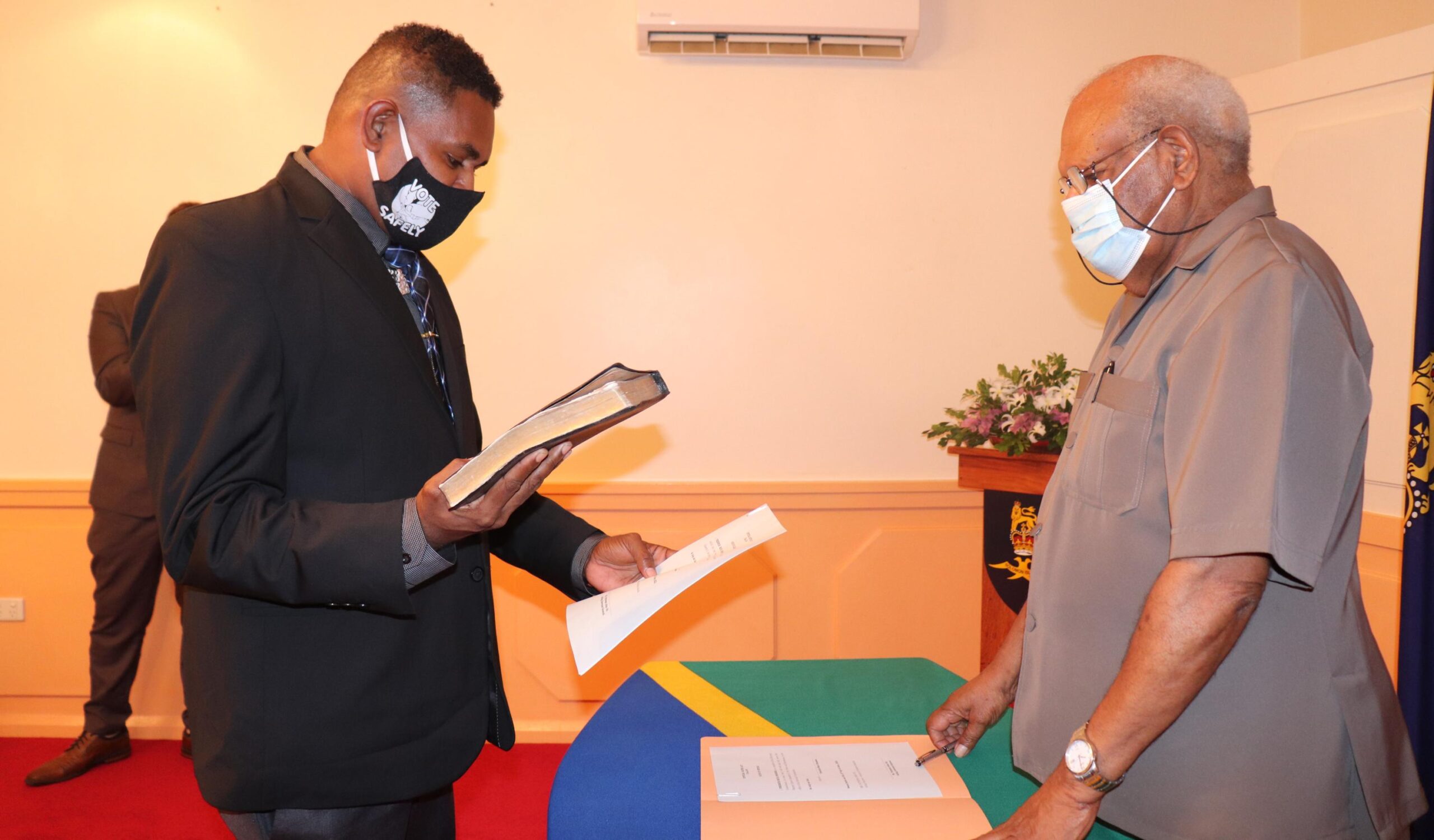 SIEO Operation Manager, Mr. Fredrick Bosoboe was this morning, in a brief ceremony, sworn in as the Acting Chief Electoral Officer and Commissioner by His Excellency the Acting Governor General Hon Patteson Oti at Government House.

A brief introduction and welcome meeting this morning after the swearing in ceremony was held at the Electoral Office, Mr. Bosoboe was humbled but grateful for the recognition and recommendation to be appointed Acting CEO and Commissioner by the Commission and he looked forward to working with the team as usual to execute SIEO mandated activities during his time as acting CEO.

“I am humbled to take on this appointment as Acting Chief Electoral Officer and looking forward to continue working with the team as usual including our internal and external electoral stakeholders” Mr. Bosoboe said.

Mr. Bosoboe is an electoral professional and from his wealth of knowledge and experience in election administration in Solomon Islands, he has gained a great deal of respect from the SIEC, SIEO colleagues and election field Officers.

The SIEO’s team often refers to him as our ‘go to person’ when it comes to our electoral processes and systems in the Solomon Islands context.

As the current Operation Manager, he is responsible for organising all electoral events and operational aspects for each electoral event for the SIEO. A wide range of experiences over past nationwide voter registration exercises, national general elections, provincial and city council elections, spanning over more than 17 years of electoral experience locally, regionally and internationally.

The appointment of Mr. Bosoboe is very crucial and timely for the Electoral Office as it prepares for and conducts various electoral events in the coming months.

The position of the CEO was left vacant in April when the former CEO, Mrs. Jane Waetara, resigned to take up another appointment as Solomon Islands Permanent Representative to the United Nations Ambassador to the United States and High Commissioner to Canada.