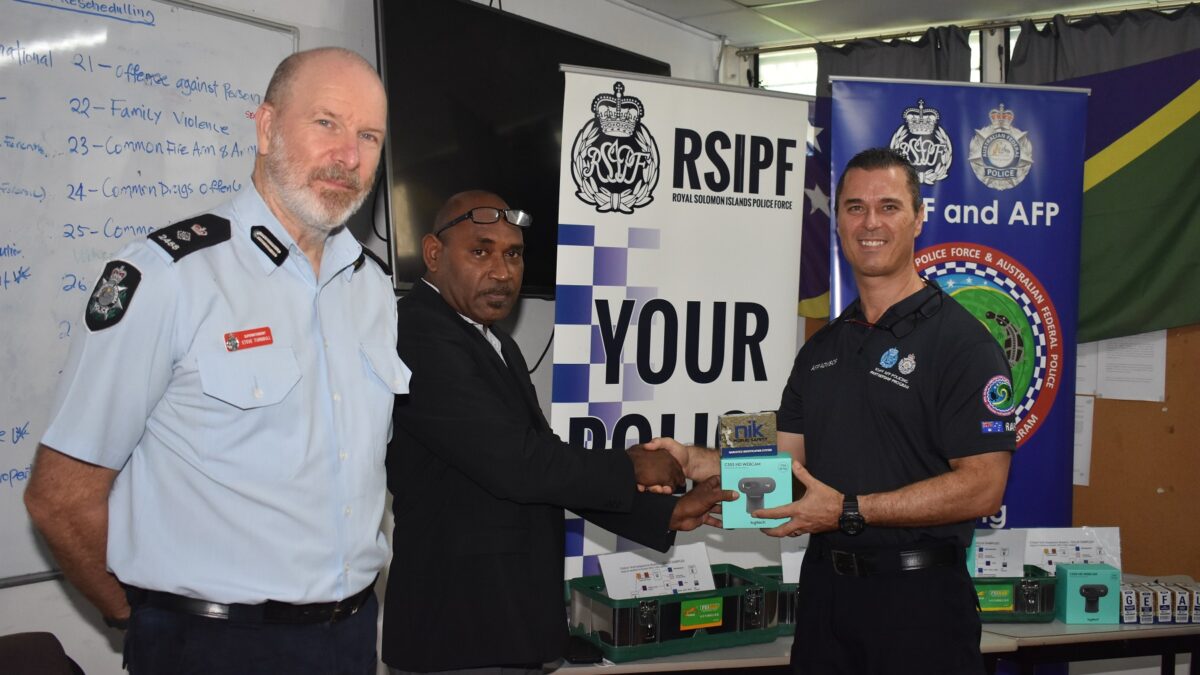 Handing over of web cameras to RSIPF from RAPPP 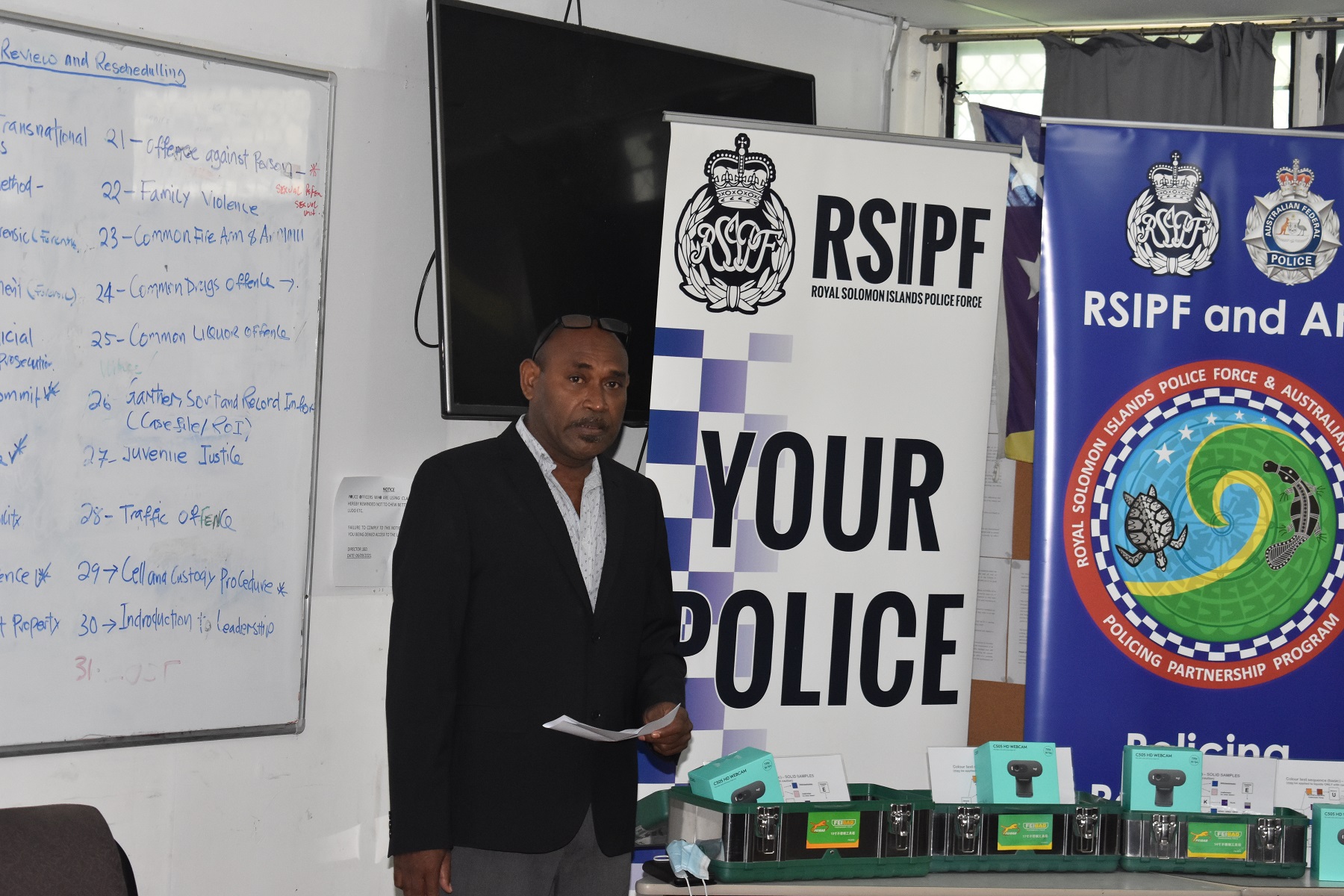 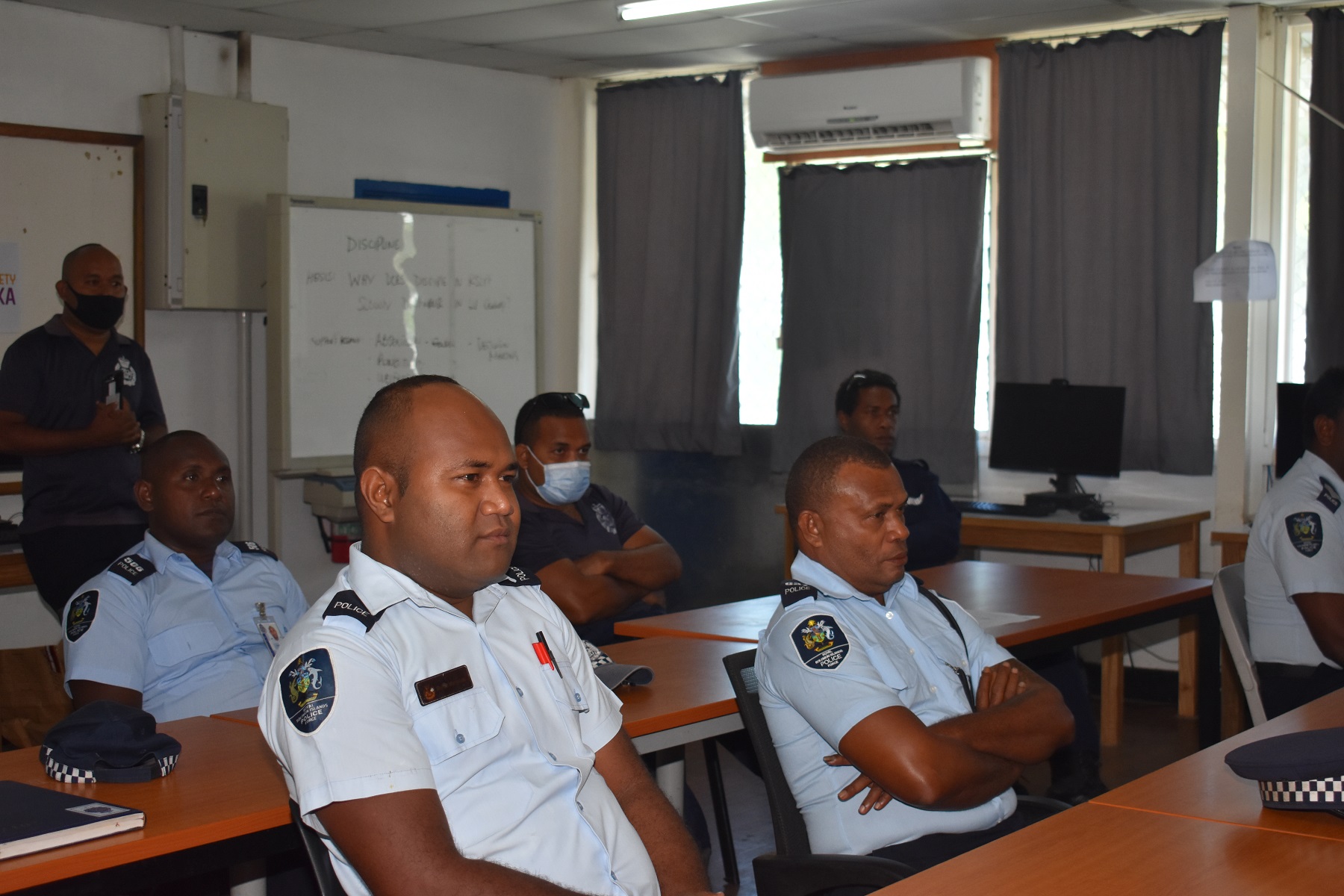 Some of the course participants

Forensic officers of the Royal Solomon Islands Police Force (RSIPF) stationed in the provinces are attending forensic training in Honiara this week. The ‘ForDrug Phase One’ training opened at the Rove Police Headquarters on Monday 13 June and will conclude this Friday.

Thirteen (13) officers from Provincial Police Stations, excluding Guadalcanal and Honiara, are part of this training.

During the opening of the training, Deputy Director of the RSIPF’s National Criminal Investigation Department (NCID), Supt. Michael Bole, welcomed the training saying it will enhance the work of RSIPF officers in the provinces when dealing with drug-related matters.

“Forensic training is very important for officers as it increase their forensics capabilities in dealing with drug related matters,” Supt. Bole said.

During the opening of the training, members of the Australian Federal Police (AFP) who are providing advisory support to the RSIPF, through the RSIPF-AFP Policing Partnership Program (RAPPP), delivered web cams and presumptive drug colour testing kits to participating officers.

Forensics enhancements supports strengthening RSIPF Investigations capabilities is which is one of the RAPPP objectives. The RAPPP is supporting the RSIPF in creating its drug and digital forensics capabilities, one of the key delivery aims of the four-year police-to-police partnership program.

Supt. Bole said the training is building on the Provincial Crime Scene course that was held in Honiara in 2021.

He said RSIPF investigations and intelligence members will be part of the training scenario help develop interoperability between departments across the RSIPF.

Supt. Bole said this training enables the RSIPF to use presumptive drug testing that will assist them effectively respond to drug related crimes in the provinces and Honiara.

He said the gifted web cams allow provincial members to contact Honiara based experts during drug and other investigations to seek advice and additional resources or share intelligence.