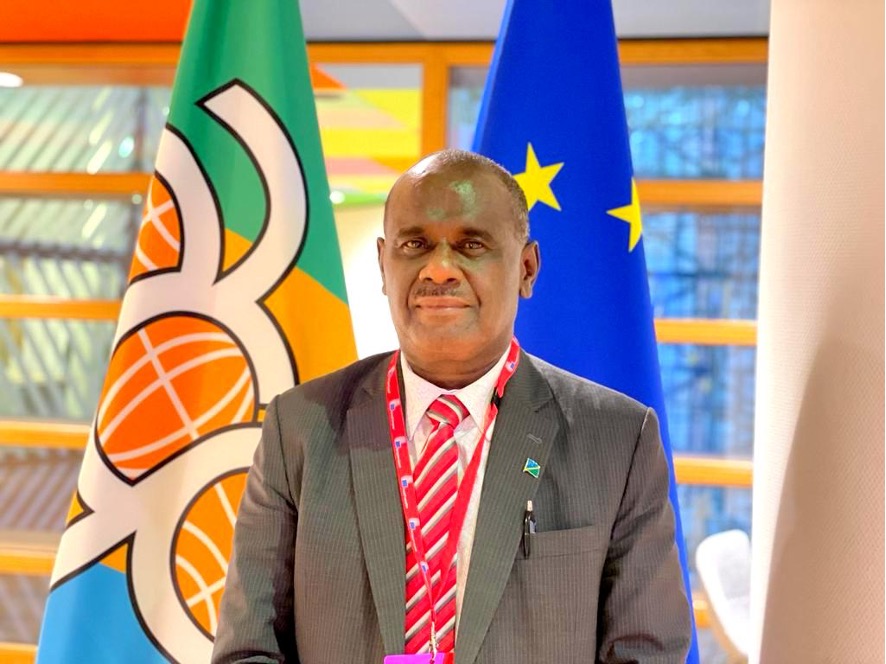 Solomon Islands Minister for Foreign Affairs and External Trade Hon. Jeremiah Manele, at the 45th Session of the ACP-EU Council of Ministers

Minister of Foreign Affairs and External Trade Hon. Jeremiah Manele raised concerns on the state of play of the post-Cotonou agreement at the 45th session of the ACP-EU Council of Ministers.

The 45th Session of the ACP-EU Council of Ministers held on 29 November brought together Ministers from the Organization of the African, Caribbean and Pacific States (OACPS), and the European Union (EU) to discuss and provide policy direction on the implementation of the Cotonou Agreement and future OACPS-EU partnership agreement.

The Minister presented a lead statement on behalf of the Pacific members of the OACPS to raise concerns to their European Union (EU) counterparts on the continued delay in signing the new OACPS-EU Agreement.

The final draft text of the new agreement was initialled by the OACPS and EU Chief negotiators on 15 April 2021 and has since stalled progress, pending the completion of internal consultations by the EU side, with transitional measures extended until June of 2023.

In his statement, the Minister re-affirmed the OACPS readiness to sign the new agreement (to be called the ‘Samoa Agreement), further conveying Solomon Islands support on the OACPS Council of Minister’s decision for the signing to take place in Samoa, Apia.

The Foreign Minister stressed, ‘the signing and implementation of the new agreement will signal an important step in our collective efforts to fashion and agree a practical and people-centred partnership agreement to govern our relations for the next 20 years.’

The Minister further recommended plausible measures that could be initiated by both parties to progress preparations for the signing and implementation of the new partnership agreement.