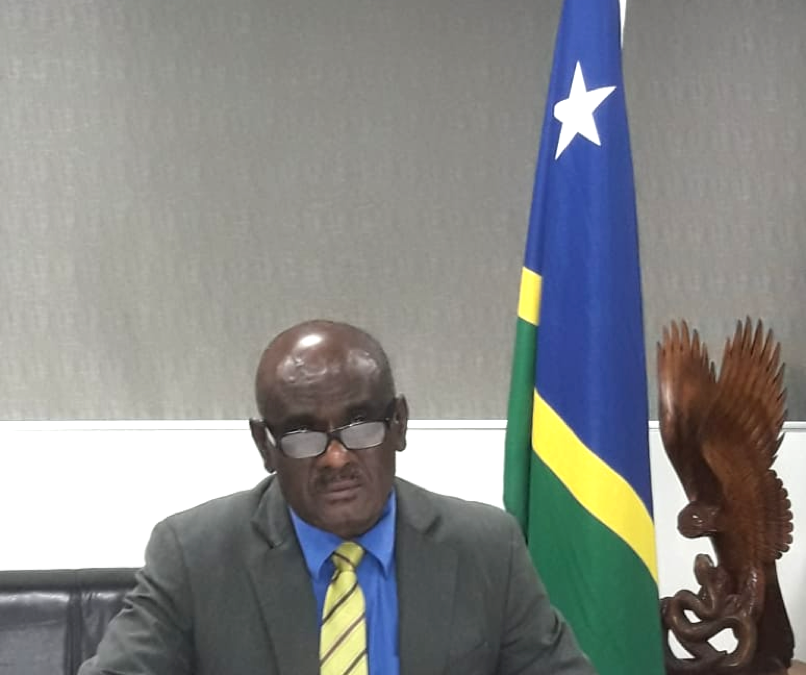 President-In-Office of the OACPS Council of Ministers, Hon. Jeremiah Manele, presiding over the 112th Session

Minister for Foreign Affairs and External Trade, Hon. Jeremiah Manele is currently presiding over the 112th Session of the Council of Ministers (CoM) convenes from 7th to 8th July 2021.

Minister Manele is presemtly the President-in-Office of the OACPS Council of Ministers.  A role he will shoulder for Solomon Islands on behalf of the Pacific region until September when the change of presidency to the Southern Africa region assumes.

Opening the 112th Session CoM last night, 7th July, Minister Manele called on the Council of Ministers to live up to the principles of unity and solidarity. He stressed the need for members to continue their political commitment and active participation in OACPS engagements.

Minister Manele emphasized the need for greater engagement and cooperation with development partners, to address global challenges on development efforts faced by OACPS regions.  These include effects of the COVID 19 pandemic, climate change, natural disasters, youth unemployment and migration issues.

The Council deliberated on various agendas including the reports submitted by the Chairman of the Committee of Ambassadors and Secretary General of the OACPS, His Excellency George Rebelo Pinto Chikoti; on policy and strategic issues, Institutional matters; Post Cotonou process; International Cooperation and Multilateralism; Partnership with the European Union; Administration and financial matters.

Minister Manele acknowledged the unceasing efforts and commitment of the Committee of Ambassadors, and similarly the leadership of the Secretary General Chikoti.  He also praised the work done by the Secretariat’s technical support in getting work done.

The 112th Session of the CoM is held virtually over two days, and will resume again tonight, 8th July.  It is attended by Ministerial delegations of the 79 member states of the OACPS from the Africa, Caribbean and Pacific regions.

The Council will conclude at the end of tonight’s session.

The 112th Session of CoM was preceded by Bureau of the OACPS Council of Ministers meeting to agree on the agenda for deliberations.

Minister Manele at the Bureau meeting called on all OACPS countries to live up to the vision and vigor of the founding fathers; that of the promotion of wellbeing of our people and the sustainable development of our countries. He emphasized the need to strengthen cooperation within the OACPS framework and for closer engagement when the Post-Cotonou Agreement enters into force.

The Council of Ministers is the main decision-making body of the OACPS, comprising of 79 members states from the African, Caribbean and Pacific region. The Council meets twice annually in ordinary sessions.