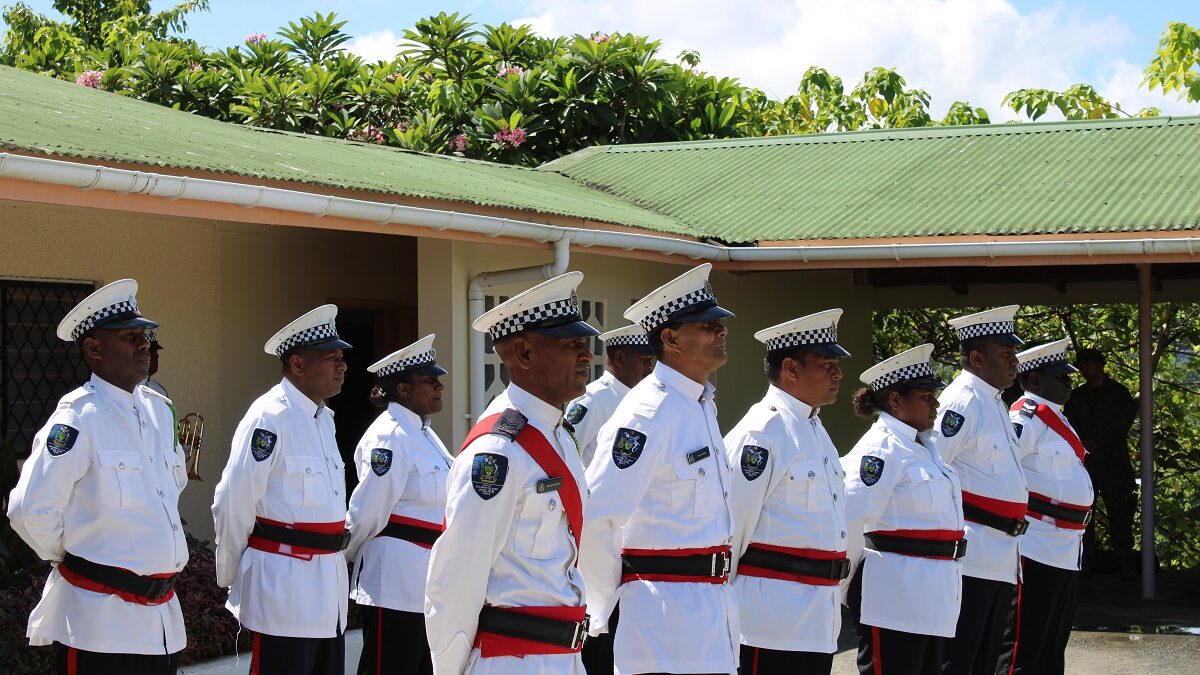 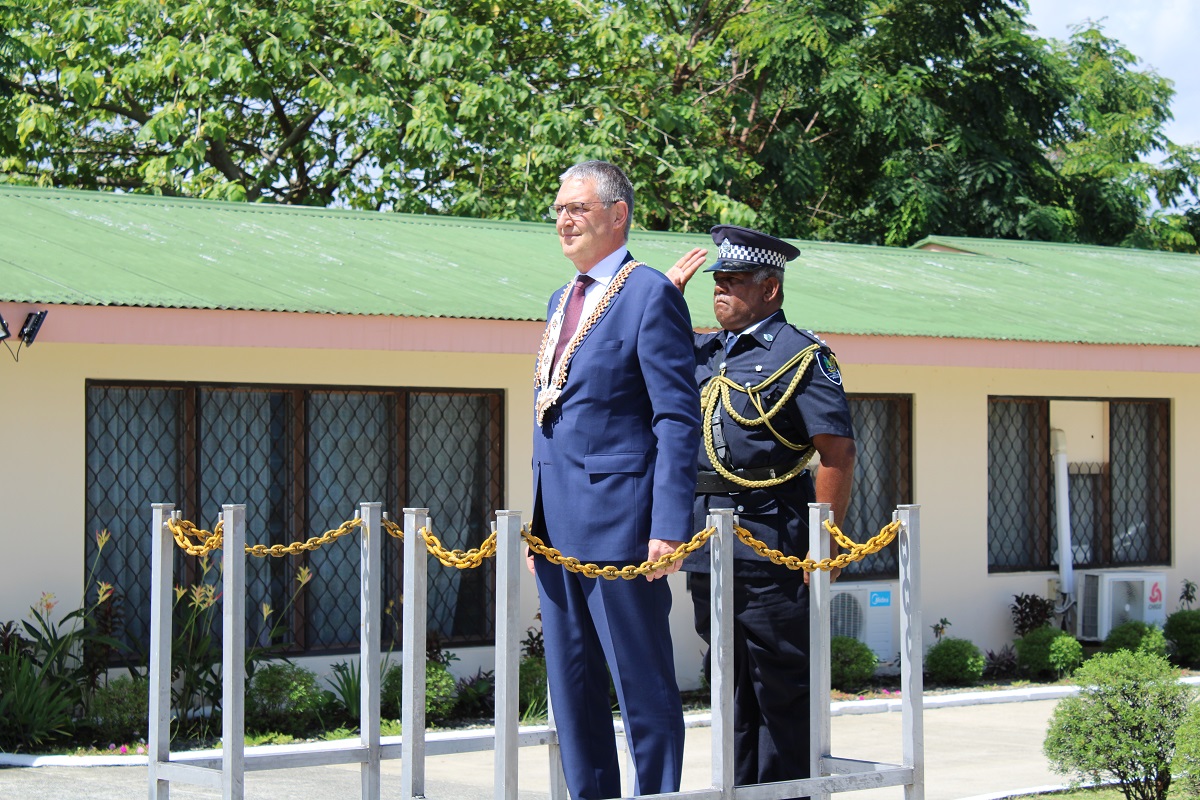 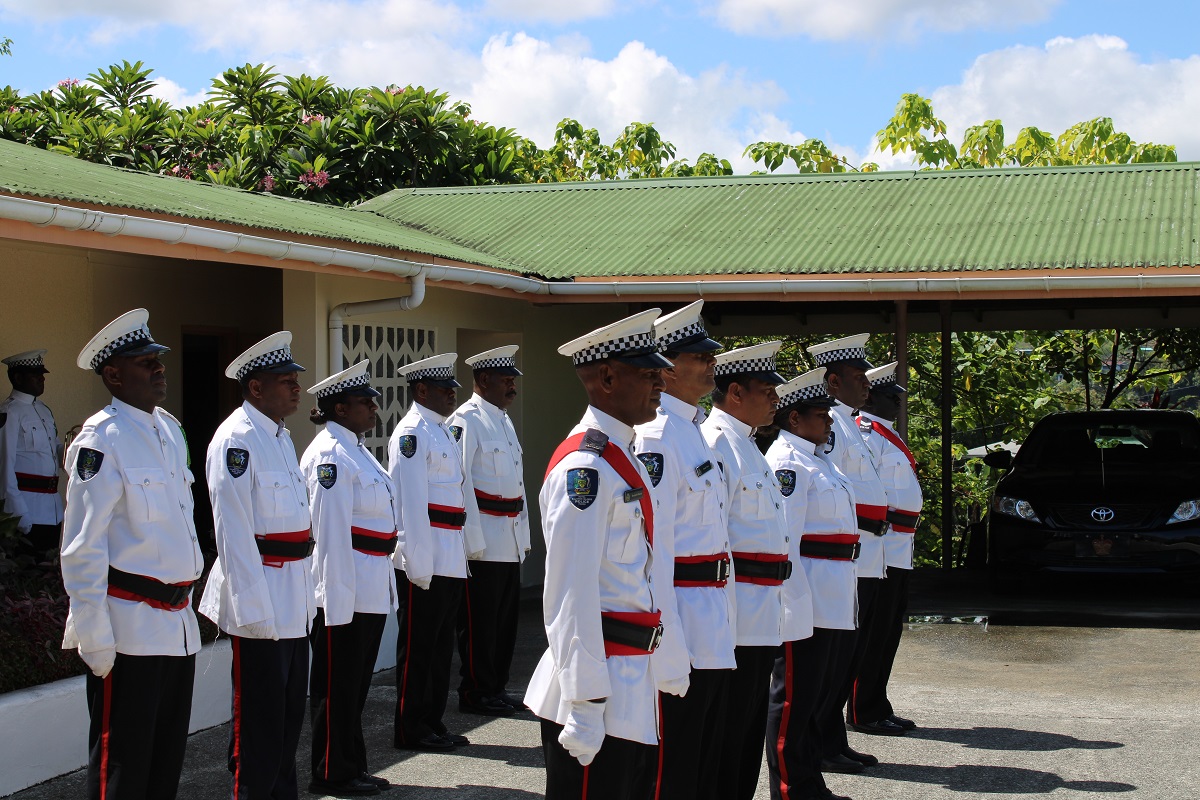 Members of the RSIPF Band at the forecourt ceremony on Wednesday

The Office of the Governor General, formally, known as the Government House has reinstated the Forecourt ceremony after it was suspended during the Covid-19 State of Public Emergency.

The Forecourt Ceremony is a Guard of Honour accorded to dignitaries, such as Ambassadors or High Commissioners on official engagement at Government House.

This normally to takes place when foreign diplomats accredited to Solomon Islands present their Letters of Credence to the Governor-General.

In Solomon Islands, the Guard of Honour is mounted by the Royal Solomon Islands Police Band at the forecourt of the Government House Ceremonial Room.

A guard of honour is a ceremonial ritual practiced in Commonwealth countries. It is presented as a mark of respect to visiting dignitaries and heads of states.

In process, the visiting dignitary is honored by inspecting the guard prior to presentation of credentials before the Governor General.

Until credentials are formally presented, the title ‘Ambassador-designate’ or ‘High Commissioner-designate’ should be used.

The forecourt ceremony was suspended during the Covid-19 and was only resumed on Thursday 3rd November when German Ambassador to Solomon Islands presented his Credentials to the Governor General.