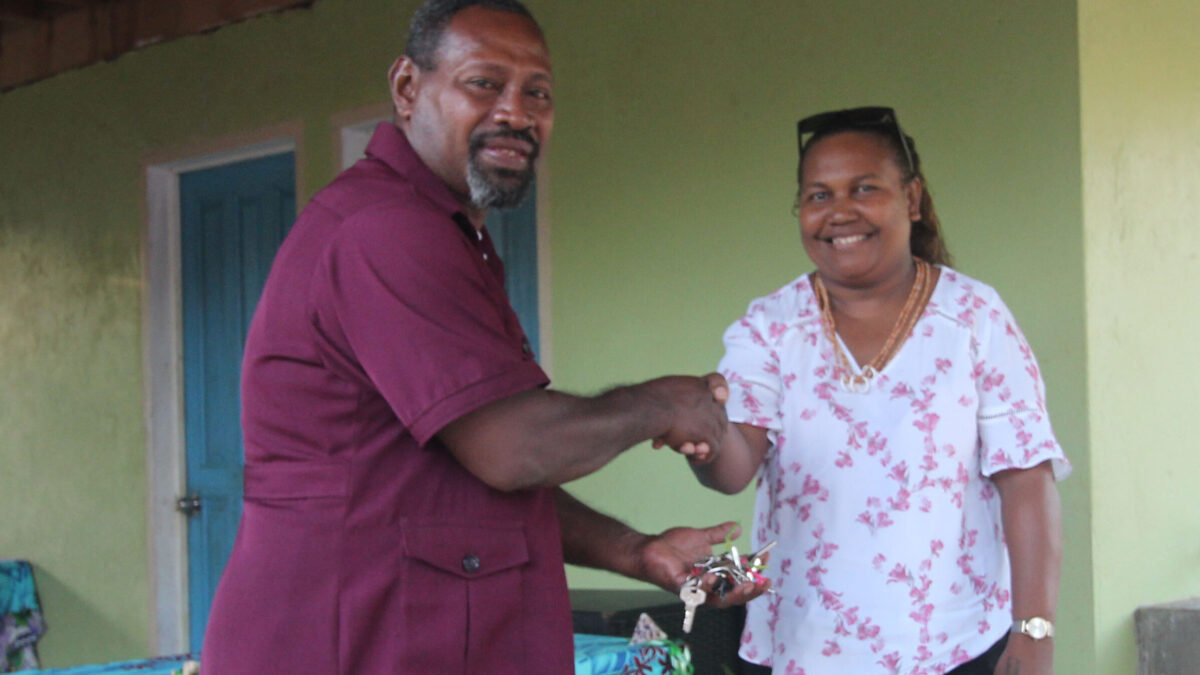 The handing over of the building coincided with the 38th Second Appointed Day of the Province.

Speaking on the occasion Hon Giro told the Makira Ulawa Province Premier Julian Maka’a, invited guests and others who were present that the DCGA government is committed to deliver projects to the provinces. 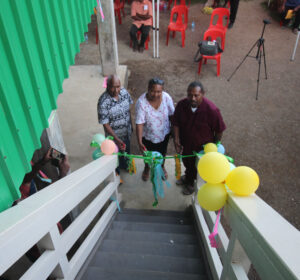 He said implementation of flagship projects is a top government priority and urges the Makira Premier to free up more land to allow for development to take place.

The Minister reiterated that the DCGA government focus is on strengthening the economic subsistence an approach that is envisaged for implementation beyond the current global pandemic”.

He praised Company Managing Director, Mrs Mary Kouto who played a leading role in the construction process saying women are equal partners in any development.

Minister Giro said the handing over of the Kirakira staff house marks another milestone achievement and in particular the recognition and continuous commitment of the national government to strengthen and support the fisheries sector of this country in line with the Redirection policy.

“It is my ministries commitment under its development plan to support the provincial fisheries to build fisheries infrastructures such as this residential accommodation for fisheries officers in most Provincial Headquarters this year and beyond,” he said.

The Minister applauded the Provincial government for supporting MFMR to fulfil one of its national fisheries infrastructure development for Makira Ulawa Province.

“In particular, I wish to thank Provincial Government for offering the land in Kirakira for my ministry and the building construction company to build and complete this staff housing project within the given time frame,” he added.

Hon Giro stressed that as a productive sector, the Ministry of Fisheries places a lot of emphasis on recruitment of qualified and competent fisheries officers to serve in rural and provincial fisheries, in the same manner recognise the need to build new or renovate existing staff houses for seconded fisheries officers living and working in the Provinces.

“With this understanding MFMR is embarking on this fisheries infrastructure development plan in the next few years,” he said.

The Fisheries Minister also used the occasion to thank the Fisheries Management, the MFMR Project Management Division and Provincial Fisheries Division, key line ministries including Ministry of Infrastructure Development for driving this project. 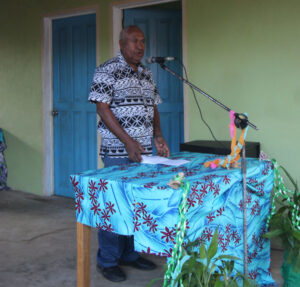 Deputy Secretary Technical, Ms Rosalie Masu who also spoke during the handing ceremony said it was in 2019 when a team from the Ministry of Fisheries travelled to Hagapore in Makira Ulawa Province for the official opening of the fisheries centre there that the idea to build a new staff house was first raised by fisheries officers from Kirakira.

They then went ahead and pursue the idea with the provincial authorities who agreed to the proposal by allocating the piece of land this building is built on.

Ms Masu said issue of land is the main obstacle standing in the way of development in both Honiara and the Provinces.

“Land dispute and long process of acquiring land through traditional and government bureaucracy has slowed down the MFMR to deliver national fisheries projects. Therefore, I would like to thank you Premier and your provincial government for allocating land for this fisheries staff house,” she added.

She admitted they encountered challenges during construction period however they managed to overcome them paving the way for the project to be completed as expected.

She acknowledged the assistance of the Provincial Government, business houses and local communities who provided much needed materials when her construction company need it.

She also thanked the Ministry of Fisheries and Marine Resources for the trust and confidence placed in her company.

“Thank you for the trust and confidence you placed in my company. The success we witness today (Friday) is the manifestation of the partnership we build in the last 3 months of 2020,” she concluded.