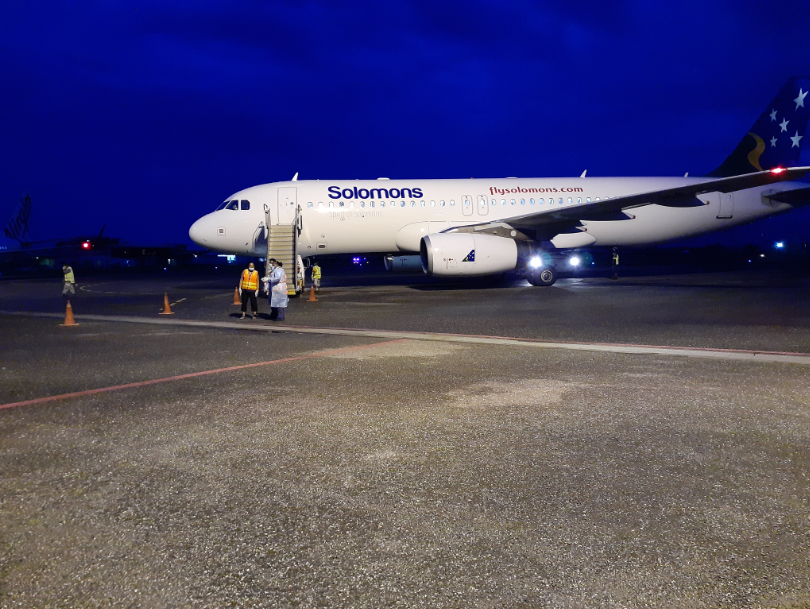 First Repatriation Flight to Philippines Rescheduled to Arrive on Tuesday

The rescheduling of the flight will allow our health authorities time to coordinate changes to the passenger list for the first and the second flights.

“Therefore, the actual date for the second flight will likely be in mid-October but it will be confirmed as soon as the Oversight committee sees and consider all the test results,” explains the spokesman.

The OSC also indicated that the date for the 3rd flight might be shifted a little to ensure all our students that had tested positive and their contacts have adequate time to comply with our mandatory 3 consecutive negative tests before travelling home.

“The change of dates also suited Solomon Airlines as it has an approved scheduled flight to Brisbane on 30th of October with many passengers already securing connection flights to other destinations from Australia within 8 hours of arrival in Brisbane,” the OSC spokesperson stated.

The flight IE620/21 will depart Henderson airport on 28th September 10:00am to Manila via Biak (Indonesia). It returns on the same route arriving in Honiara on 29th September 5:00pm.

A total of 144 students are expected to arrive on the first flight.

This 1st Philippine repatriation flight will be the 12th flight the Solomon Airlines will do. Of the previous 11 flights, 6 were from Brisbane, 2 from Vila and Nadi, 1 from Auckland, 1 from Guangzhou, China and 1 from Apia, Samoa.

The Government through the OSC will continue to update the public on these flights through the media and its weekly Sunday Radio Talk Back Show from 2:00pm-3:00pm.

At the moment, only 35 persons are undergoing quarantine at the government-managed Quarantine Stations.

This batch is from the recent Brisbane flight on 15th September. Majority of the passengers entered the country under exemption and are accommodated in approved diplomatic Quarantine Stations, monitored by the Ministry of Health and Medical Services (MHMS).

The Solomon Islands remains COVID-19 FREE to date. The Government remains committed to implementing strict measures to prevent the importation and potential spread of COVID-19 within its borders.